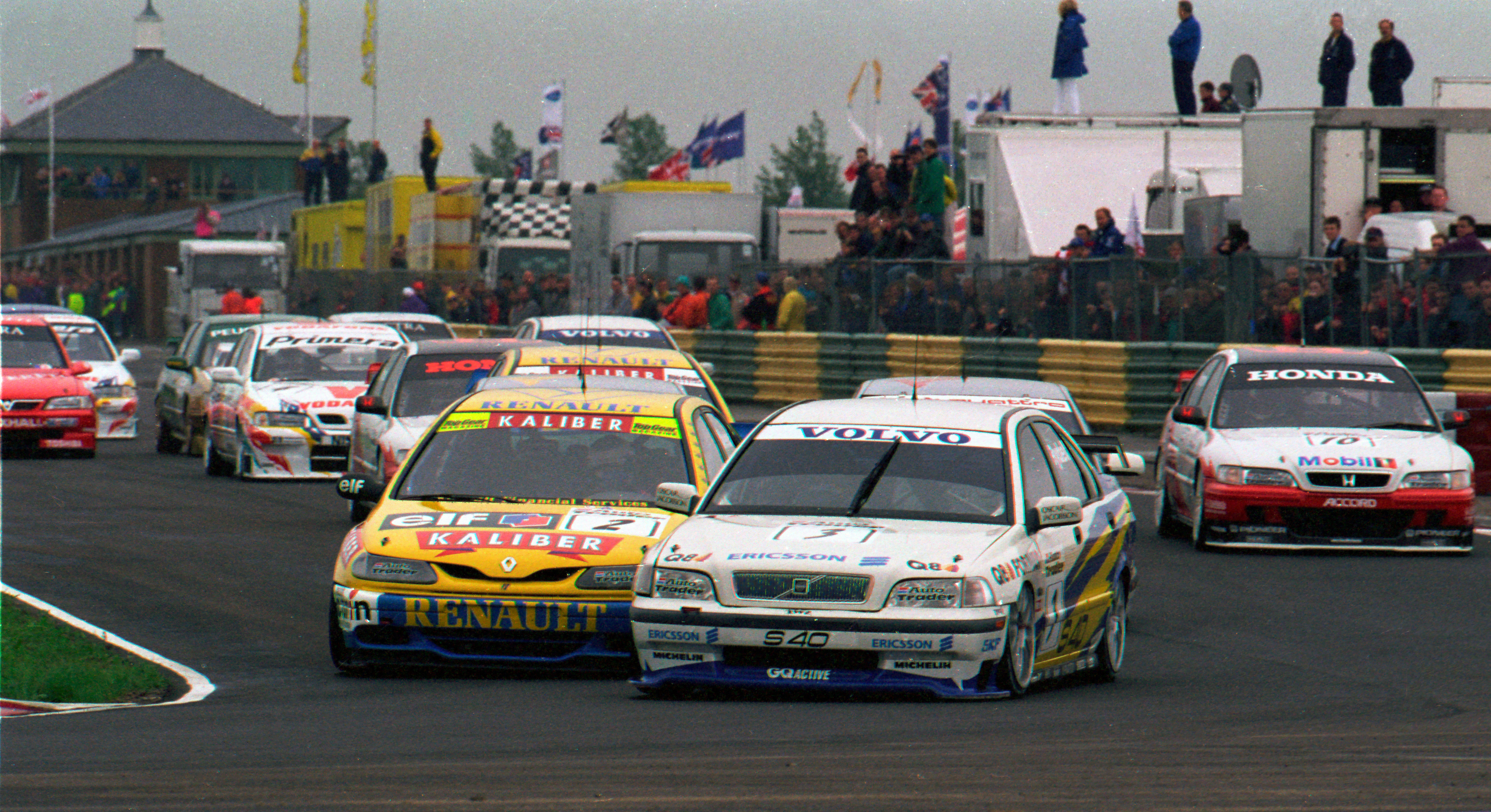 Next weekend (10/11 June) will mark 20 years since Croft rejoined the Dunlop MSA British Touring Car Championship calendar following a long absence – and some of the series’ biggest stars have been waxing lyrical about the popular North Yorkshire circuit’s enduring appeal.

It was, truth be told, a somewhat inauspicious return to the BTCC schedule for Croft in 1997 – 26 years on from the championship’s previous visit – with torrential rain at one point threatening the cancellation of the whole weekend. The adverse conditions forced the abandonment of qualifying, and it was only a herculean effort to pump water off the track that enabled Sunday’s two races to go ahead, with grid positions based on championship order.

Alain Menu won both of them in front of an appreciative crowd, en route to lifting the laurels that year – the first of two BTCC titles for the Swiss ace.

“I always enjoyed racing at Croft and have good memories of the circuit,” he said. “It’s an interesting track to drive, with a fun blend of different types of corners.”

Similarly on the grid that day – and a driver never shy of doing a rain dance given his wet-weather prowess – was Menu’s former team-mate and current ITV4 commentator Tim Harvey, who has a great deal of affection for the north-eastern venue.

“Croft is a fantastic circuit and unlike anywhere else,” the 1992 BTCC Champion enthused. “I’ve been lucky enough to race there in the BTCC and Porsche Carrera Cup GB and I have some fabulous memories of the place. It’s somewhere I’m very fond of.

“I love the track; it has a great mix of fast corners through the Jim Clark Esses round the back, the wonderful technical section comprising Barcroft and Sunny In and the hairpin which is always a challenge, because you want to brake late but you can so easily ruin the lap and a good exit is very important for the start/finish line.

“It’s a great driving circuit – it’s good for the drivers, it’s good for the engineers and it creates exciting racing and lots of overtaking. We always get a great crowd there as well. I look forward to returning to Croft for many years to come.”

Matt Neal had yet to truly break into the BTCC big-time back in 1997, when he was still competing as a family-run privateer entry. Twenty years on, and the three-time champion has no fewer than 60 race victories to his credit – equal-second on the all-time list – six of which have come at Croft.

“I had the pleasure two decades ago of participating in Croft’s BTCC resurgence over the course of what was a very wet weekend,” the Halfords Yuasa Racing star reminisced. “It’s been 20 years on the bounce now and I’m looking forward to going back.

“For a driver, you’ve got the really technical section and then the high-speed stuff through the Esses and Barcroft out the back, which isn’t for the faint-hearted – you’ve properly got to hold on! I love going up to the north-east and Croft has always been a special place for me. The fans can get really close to the action and smell the burning rubber and engine oil and on a nice day, the backdrop is absolutely beautiful.”

Neal’s six wins pale in comparison against the astonishing 11 triumphs tallied by Team BMW adversary Colin Turkington, who has earned the sobriquet ‘King of Croft’ for his unrivalled mastery of the track.

“I have always loved Croft,” the Northern Irishman enthused. “It’s a great circuit – fast but also technical – and I clicked with it straightaway, even in my early career before touring cars. There’s a real feel-good factor at Croft; the enthusiastic crowd loves it when the BTCC comes to town.

“There’s no shortage of passion for touring cars at Croft, and through the first and last parts of the lap, fans can get right on top of the action, which gives the event that extra buzz.”

Twenty years ago, the BTCC came back to Croft and despite the best efforts of the British weather, the show went on. Two decades later, it is still going strong. Stronger than ever, in fact.

Advance tickets for the race weekend are available priced at just £11 for Saturday, 10 June and £24 for Sunday, 11 June – or £33 for both days. Accompanied children aged 15 and under will be admitted free of charge. Sunday morning’s Pit Walk and Autograph Session is included with all paddock passes.

For further information or to buy tickets, see: www.croftcircuit.co.uk/racing/btcc or call 01325 721815.