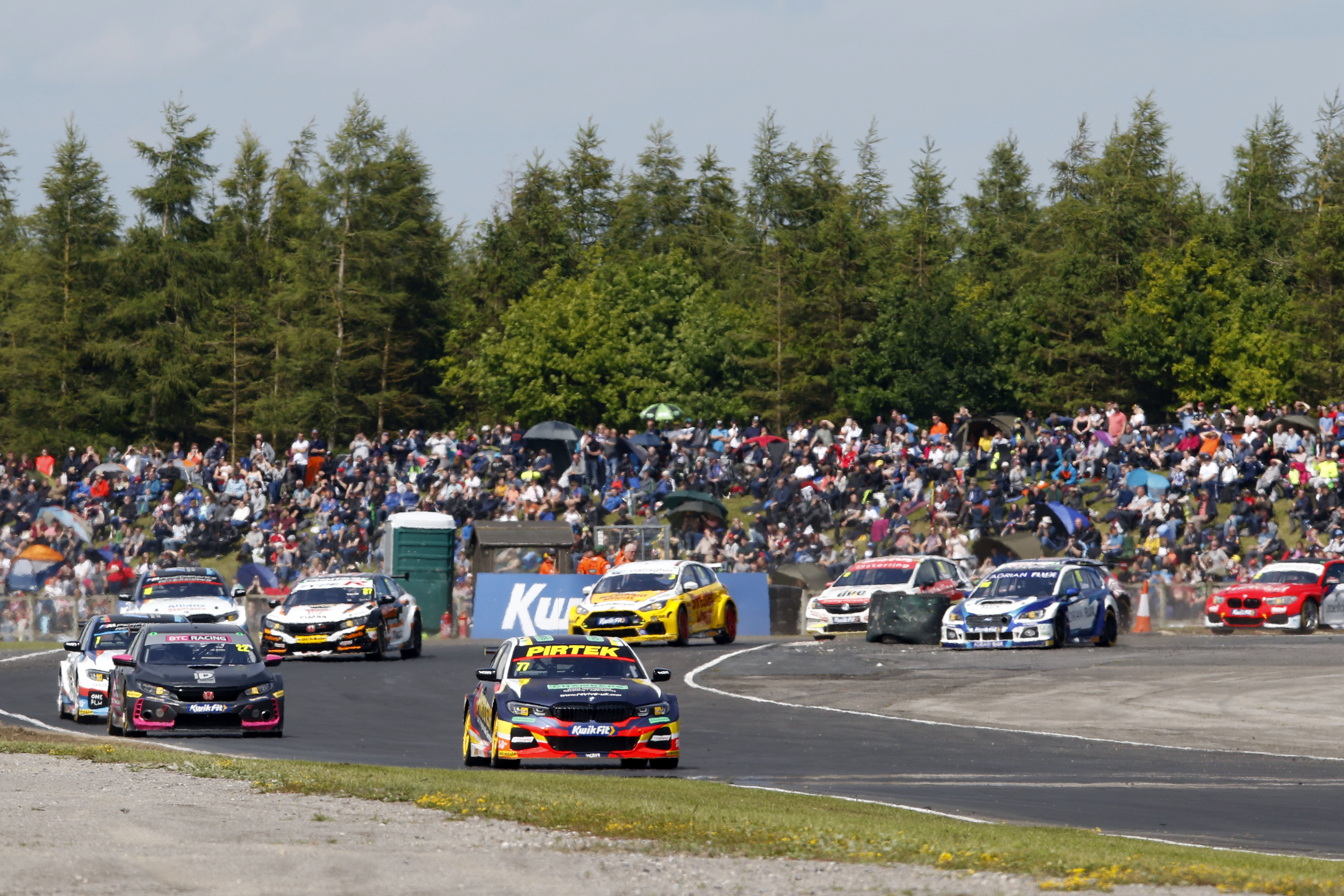 Thousands of fans flocked to Croft Circuit for a full-throttle weekend of motorsport action as the famous Yorkshire venue hosted Rounds 10, 11 and 12 of the Kwik Fit British Touring Car Championship.

A full programme of support series provided plenty of thrills and spills for the committed fans who braved the fickle summer weather, although the bumper attendance was rewarded with glorious sunshine as Tom Chilton took victory for Team Shredded Wheat Racing with Gallagher in the third race of the day.

The banking was packed from Sunday morning while spectators made the most of the extensive range of stalls and vendors in the trade village ahead of the opening BTCC race.

Jordan led from the off, having started on pole following a disjointed qualifying session on Saturday that saw five red flags, and withstood pressure from Chris Smiley and Chilton to secure his fourth victory of the season.

The 30-year-old then doubled his tally for the day in race two, streaking clear at the front while BMW team-mate Turkington jumped Chilton off the line and fought his way past Smiley to notch a brilliant second place.

Local lad Dan Cammish pulled off a number of impressive moves to come through from sixth on the grid and complete the rostrum while Smiley found himself tumbling down the order before an ambitious move from Ash Sutton on the final lap left his BTC Racing Honda Civic in the barriers at Complex.

BARC Chief Executive Ben Taylor pulled Chilton’s name out of the hat in the reverse grid draw and the 34-year-old took full advantage, keeping his Ford Focus in front from lights to flag despite running wet tyres on a drying track.

Josh Cook took second for BTC Racing in an enthralling affair while Jason Plato finished a hugely popular third for Sterling Insurance with Power Maxed Racing, the latter scoring a first rostrum since the Croft race weekend in 2018.

Elsewhere, Scorton-based Max Coates enjoyed an excellent weekend with pole position and victories in both Renault Clio Cup races, much to the delight of the home crowd.

A new track surface at Croft saw times tumble throughout the weekend as new lap records were set across several series, wowing the crowd with unprecedented speeds around the 2.13-mile circuit.

The calendar for the 2020 Kwik Fit British Touring Car Championship was also proudly announced from Croft live on ITV4 during yesterday’s proceedings. The new look schedule sees the North Yorkshire venue selected for a new summer date next year, with the BTCC race weekend taking place on 15/16 August.

Away from the racing, fans and drivers came together for a charity track walk raising money in aid of Kwik Fit and the BTCC’s dedicated charity for 2019, Children with Cancer, and Croft Circuit’s chosen cause, the Alzheimer’s Society.

The track walk was among a series of fund-raising efforts taking place at Croft this week, with an auction of VIP experiences and BTCC merchandise helping generate a fantastic total.

Next up for the home of motorsport in the North East is the Croft Retro and Classic Weekend on August 3/4, with a jaw-dropping display of iconic vehicles and a variety of nostalgic events set to take centre stage.

The annual visit of the Historic Sports Car Club will form part of one of the standout events on the Croft calendar and is sure to provide fun for all the family, so don’t miss out!