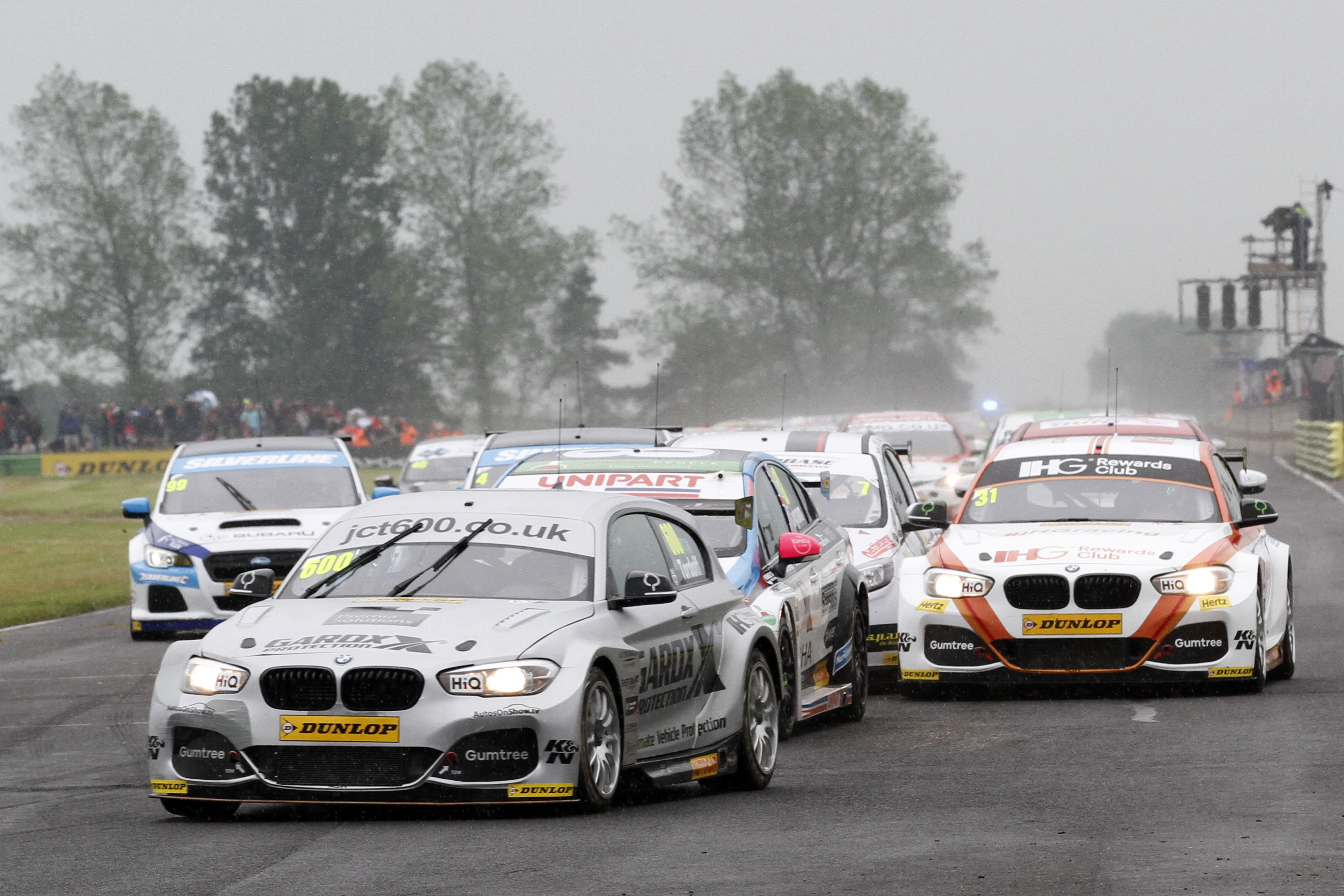 The BTCC is invariably a popular fixture when it arrives in North Yorkshire, and this year was no exception, as some 30,700 fans poured through the circuit’s gates to be rewarded with a full weekend of flat-out, wheel-to-wheel action.

The heavens opened before the finale, setting the scene for a palpitating encounter. Having already reached the rostrum for the first time in his BTCC career earlier in the day, MG Racing RCIB Insurance ace Ashley Sutton fairly scythed through the spray and past his rivals to make his maiden appearance on the top step of the podium, bringing the thousands of fans thronging the grandstand and grass banking to their collective feet.

Yorkshireman Sam Tordoff, meanwhile, arrived at his home circuit leading the championship by a single point and left again 12 points clear of his nearest pursuer, but he had to work hard for it along the way. On the weekend that team sponsor JCT600 celebrated its 70th anniversary, the West Surrey Racing star battled back from early engine issues and pulled off some stunning overtaking manoeuvres before concluding his challenge with a second-place finish.

Fans were similarly enthralled by the performance of Scorton’s Max Coates, who sped to his breakthrough triumph in the Renault UK Clio Cup following a spellbinding scrap with former champion Mike Bushell, in so doing vaulting himself into title contention in his rookie campaign in the series. Fellow support categories the Ginetta Junior Championship, Porsche Carrera Cup GB, F4 British Championship and Ginetta GT5 Challenge generated similar thrills ‘n’ spills.

Emmerdale actor Kelvin Fletcher – competing in his first BTCC season with Power Maxed Racing – was understandably the focus of plenty of attention, but he was far from the only celebrity in attendance, with cameo appearances from co-star Nick Miles, TT motorcycling legend John McGuinness, Geordie Shore’s James Tindale and former British long jump record-holder Chris Tomlinson.

“The BTCC is always a crowd-puller when it comes to Croft, and this year was no different,” commented circuit manager Mike Cantelo. “It was great to see so many people here enjoying the fantastic action on-track, and there were plenty of happy faces following the popular Pit-Lane Walkabout which provided the opportunity for selfies and autographs.

“It was a very successful weekend, and now that the dust has settled and the team trucks have departed, we are already busily and eagerly preparing for the Croft Nostalgia Festival in August. With an irresistible blend of retro racing, period fashion and music and military might, it’s shaping up to be the biggest and best yet!”

The 2016 Croft Nostalgia Festival will take place on 6/7 August, and tickets are available in advance priced at just £10 for the Saturday, £15 for the Sunday or £23 for the whole weekend, with accompanied children aged 15 and under admitted free of charge.

For further information or to purchase tickets, call 01325 721815 or visit: http://www.croftcircuit.co.uk/racing/nostalgia