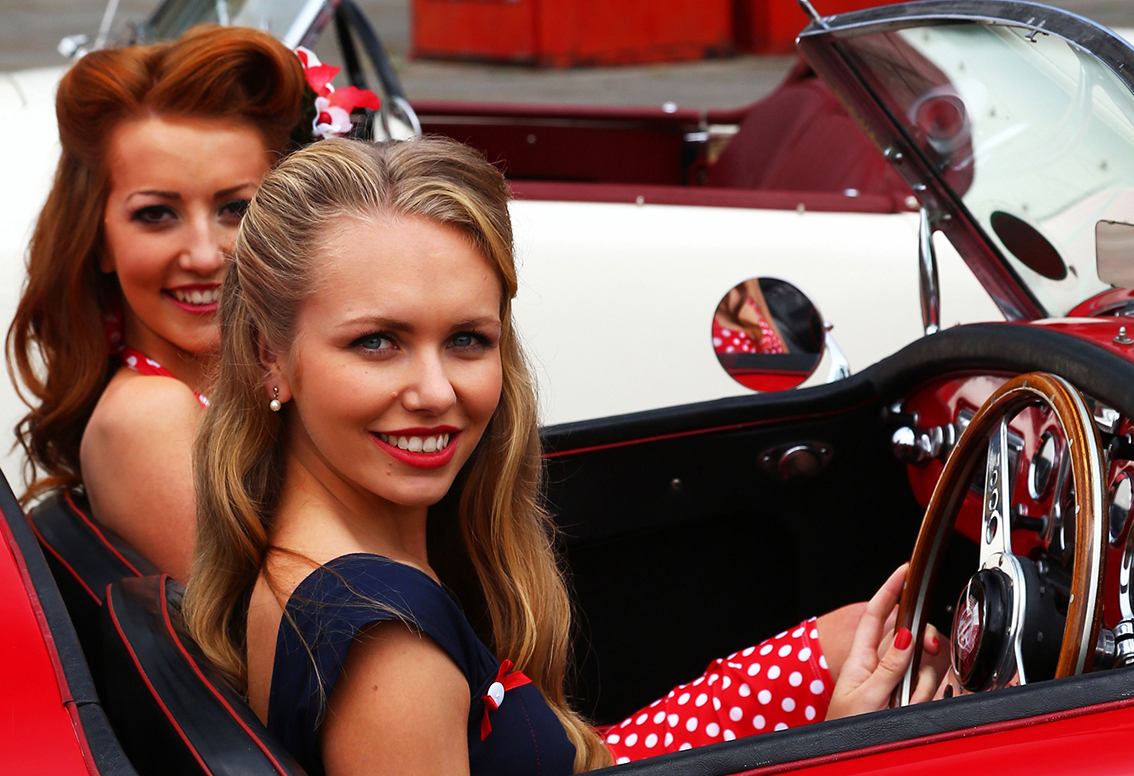 Now in its sixth year, the increasingly popular Croft Nostalgia Festival has announced a new date (8/9 August) and unveiled a new identity for 2015, as the retro-themed extravaganza shapes up for its most exciting edition yet.

Hitherto known as the Croft Nostalgia Weekend, the new ‘Festival’ moniker has been adopted as it better reflects the all-encompassing, family-friendly tone and atmosphere of the event.

With Croft being one of Britain’s leading race circuits, the on-track thrills ‘n’ spills and classic car and motorcycle parades naturally play a major part, but off-track, everybody is kept entertained by a wide variety of military vehicle displays and spectacular aerial fly-pasts, fashion shows from times gone by, vintage music and memorabilia, fun-filled fairground rides and 1940s-style dinner dances compered by ‘George Formby’.

Since its foundation in 2010, the Croft Nostalgia Festival has gone from strength-to-strength, and with 2015 marking the 70th anniversary of VE Day, there will be a series of barnstorming aviation showstoppers – including a brace of Pitts specials, the Yak 52 and Jet Provost.

On the ground, World War Two tanks will share space with living history encampments and legendary Spitfires, with a firing show from a 25lb field gun during the Sunday lunch break sure to transfix everybody’s attention.

On the circuit, iconic single-seaters, sportscars and touring cars spanning four decades from the 1950s to the 1980s will provide plenty of exhilarating, high-octane wheel-to-wheel action, while Croft’s famously friendly nature means fans can get up close and personal to the cars and drivers in the paddock.

Visitors are encouraged to enter into the spirit of the event by donning retro clothing – and should any come unprepared, there will be a plethora of trade stalls selling everything from vintage dress to fashionable accessories and even offering period-style makeovers.

“To say we’re a bit excited about the 2015 Croft Nostalgia Festival would be a massive understatement,” enthused circuit manager Mike Cantelo. “With motor sport now all-too-often a business rather than a sport, it represents a throwback to a bygone era and racing in its very purest form, for pleasure – as it always used to be.

“Whilst the cars are undeniably some of the stars of the weekend, the beauty of the Nostalgia Festival is that it appeals just as much to non-traditional fans too, with an intoxicating and irresistible blend of military magic, fabulous fashion and musical blasts from the past. Don’t miss it!”

Advance tickets begin at just £10, with weekend passes available for £23 and accompanied children aged 15 and under admitted free-of-charge. For further information or to purchase tickets, see www.croftcircuit.co.uk or call 01325 721815.