By Russell Atkins22nd May 2015NEWS 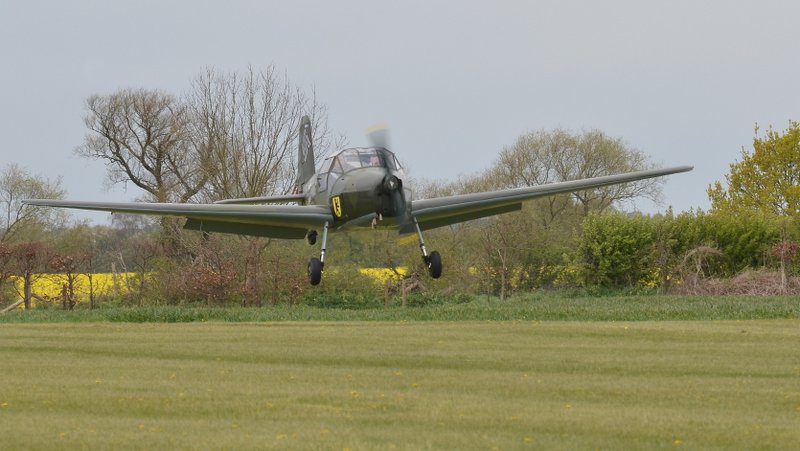 Croft Nostalgia Festival may bring together some of the most glamorous and spectacular racing cars in the history of the sport, but there will be just as much entertainment off-track as on, with fresh confirmation that several scene-stealing aircraft have been added to the bill on 8/9 August.

As its name suggests, the Nostalgia Festival will rock to a retro-themed beat, with plenty of high-octane action from legendary single-seaters, sportscars and touring cars spanning four decades from the 1950s to the 1980s complemented by military displays and period fashion and memorabilia.

A Pitts Special and Yak 52 will take to the skies above the popular North Yorkshire circuit, whilst on the ground, crowds will be enthralled by a Sherman Tank – an unmistakable World War Two icon – and static displays of the Bücker Bü 181 Bestmann and Auster light observation aircraft.

The former is a two-seater, single-engined aerobatic monoplane used extensively by Germany’s Luftwaffe during World War Two, similar to the aircraft famously stolen by Hollywood hero James Garner in the 1963 epic ‘The Great Escape’, as he attempted to fly himself and Donald Pleasance to Switzerland.

Away from the military magic but very much in keeping with the Nostalgia flavour, a Fashion Show in the Marquee will take on the theme of musicals and films through the ages. There will also be live music from the Blitz Sisters – as heard on BBC Radio 2 – the Daisy Belles, Damaris Jean and resident compere ‘Mr. Ukulele’ Colin Bourdiec, AKA ‘George Formby’, who will perform some of his much-loved repertoire.

“Preparations are moving along thick-and-fast for the sixth Croft Nostalgia Festival, and we’re delighted to be able to announce these new aviation and musical additions to what is already an enticing line-up of family-friendly weekend entertainment,” remarked circuit manager Mike Cantelo.

“The event recreates the glamour and grit of some iconic eras in British history across racing, fashion, military and music, which appeals to motor sport fans, classic car aficionados and casual observers of all ages. It’s simply good, old-fashioned fun – in every sense of the word!”

Advance tickets begin at just £10, with weekend passes available for £23 and accompanied children aged 15 and under admitted free-of-charge. For further information or to purchase tickets, see www.croftcircuit.co.uk/racing/nostalgia or call 01325 721815.