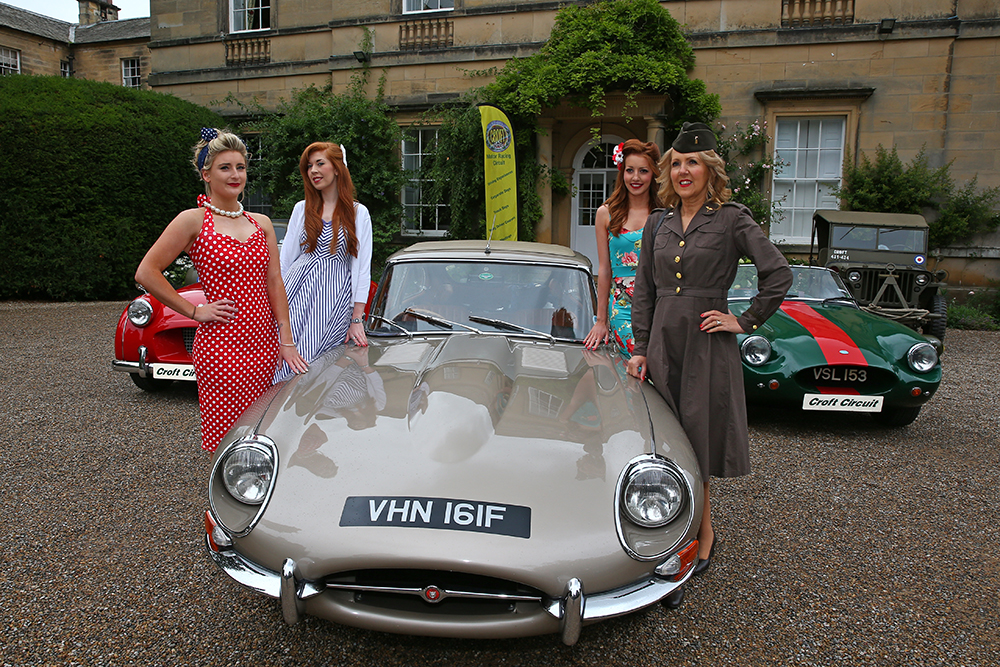 With just ten days now until the eagerly-anticipated Croft Nostalgia Festival (8/9 August) revs into life, some of the retro-themed event’s biggest stars have been out on a road trip.

The classic cars and World War Two icons caused quite a stir, but they will be far from the only attraction at Croft Nostalgia Festival. In addition to a full bill of spectacular on-track racing – spanning the 1940s-to-1970s – petrolheads and casual fans alike will be kept entertained by military displays, living history encampments, vintage fashion and music and barnstorming aerial flypasts.

Indeed, notable features will include the legendary Vulcan Bomber in its final year of flying and a Sherman tank, as seen in last year’s wartime epic ‘Fury’, starring Hollywood heavyweight Brad Pitt.

Visitors are encouraged to enter into the spirit of the occasion by donning period clothing to truly soak up the atmosphere of times gone by, and Croft’s famously welcoming nature means spectators can get up close and personal with the vehicles in the paddock.

What’s more, the 2015 edition of the popular event – now in its sixth successful year – will be particularly poignant, commemorating as it does the 70th anniversary of VE Day and 75th anniversary of the Battle of Britain.

Advance tickets are available until Sunday, 2 August. Saturday tickets cost £10 in advance or £13 on the gate; Sunday tickets are £15 in advance or £18 on the gate. Weekend passes are available for £23, whilst accompanied children aged 15 and under are admitted free-of-charge. For further information, see http://www.croftcircuit.co.uk/racing/nostalgia or call 01325 721815.

Built in 1780 by celebrated York architect John Carr, Middleton Lodge in Middleton Tyas is available for exclusive hire as a private mansion, whilst The Coach House restaurant with rooms is now open within the Georgian estate as a chic country retreat. Rooms are still available for Croft Nostalgia Festival weekend, beginning from £135 B&B. For further information, call 01325 377977 or visit http://www.middletonlodge.co.uk/.