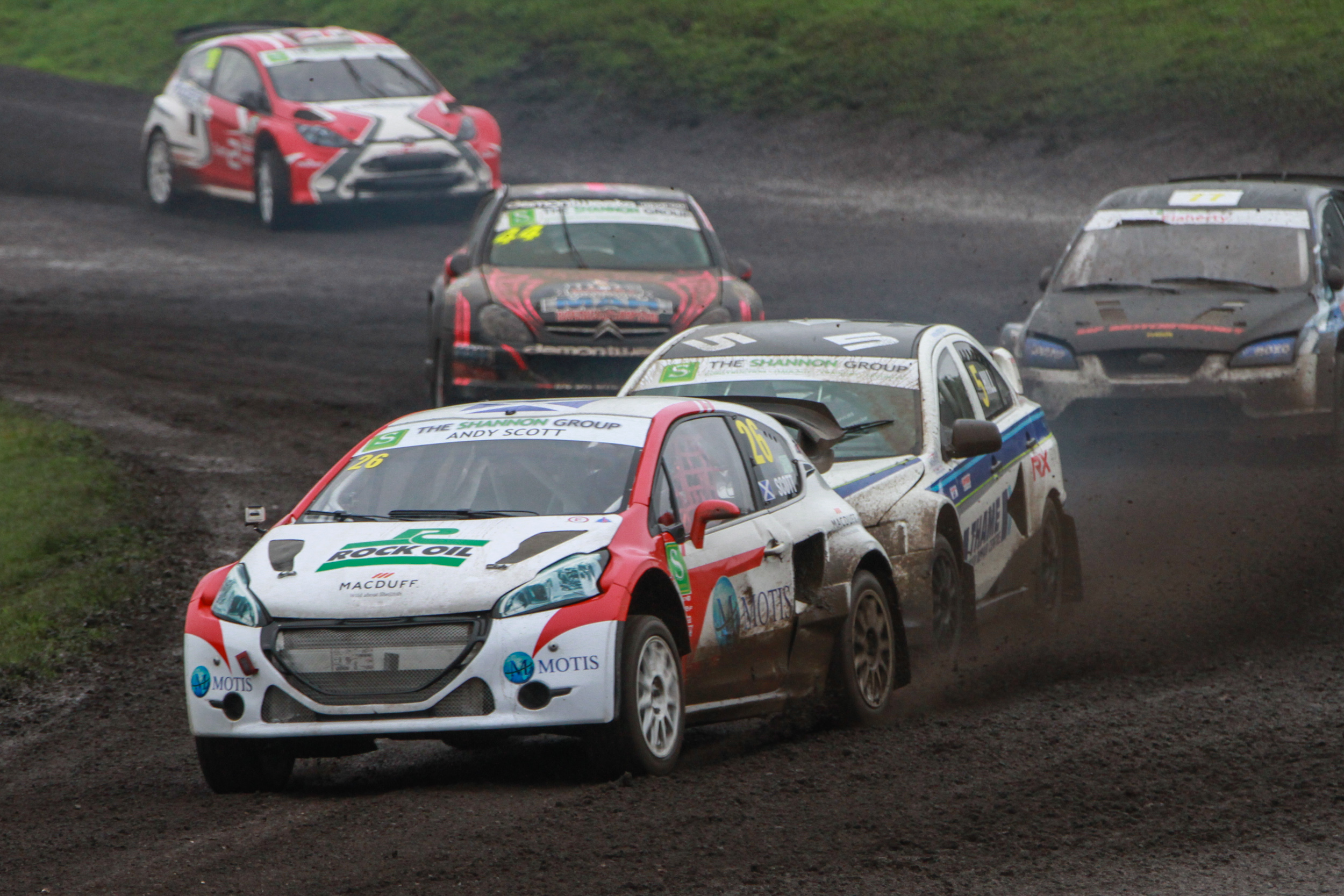 The British Rallycross Championship in association with the Shannon Group is enjoying a real period of resurgence, as exemplified by the titanic title tussle currently raging in the headlining MSA Supercar class.

This category – for flame-spitting, ultra-powerful thoroughbreds capable of out-accelerating a Formula One car to 60mph – has witnessed a succession of pulsating encounters throughout the campaign, and at Croft on Saturday (10 October), four drivers will fight it out for the coveted crown.

The standings are currently led by defending champion Julian Godfrey, but World Championship wildcard Andy Scott, series sponsor Ollie O’Donovan and local hero Kevin Procter from nearby Leeming are all in hot pursuit – meaning a battle royale is guaranteed. There will doubtless be further high-octane thrills from the likes of Barnard Castle’s ‘Mad Mark’ Watson in his striking Citroën Xsara.

The following day (11 October), the standalone British Rallycross Grand Prix will take centre stage – with no points at stake, but plenty of pride and bragging rights and some pretty impressive trophies.

Amongst the star entries will be the ‘Voice of World Rallycross’, Andrew Coley, who will swap his microphone for a steering wheel when he takes to the track in Craig Lomax’s Extreme-run, title-winning Super 1600 Citroën C2R2. Coley made his British Rallycross debut in an RX150 Buggy back in August.

“The British Rallycross Championship and Grand Prix really do offer ‘two for the price of one’,” enthused Croft Circuit Manager Mike Cantelo. “Not only is rallycross a mesmerising mash-up of circuit racing and rallying – with enough side-by-side entertainment and dirt-slinging to keep everybody happy – but you also get two superb events contained within a single weekend.

“What’s more, we’ve got a captivating four-way fight at the top of the MSA Supercar classification, and several quick local drivers scattered throughout the field for the home fans to root for and cheer on. It’s a great value, family-friendly event and if you like fast cars and plenty of fun, you’d be mad to miss it!”

For further information or to find out more about any of Croft’s race meetings or driving experiences, see http://www.croftcircuit.co.uk/ or call 01325 721815.