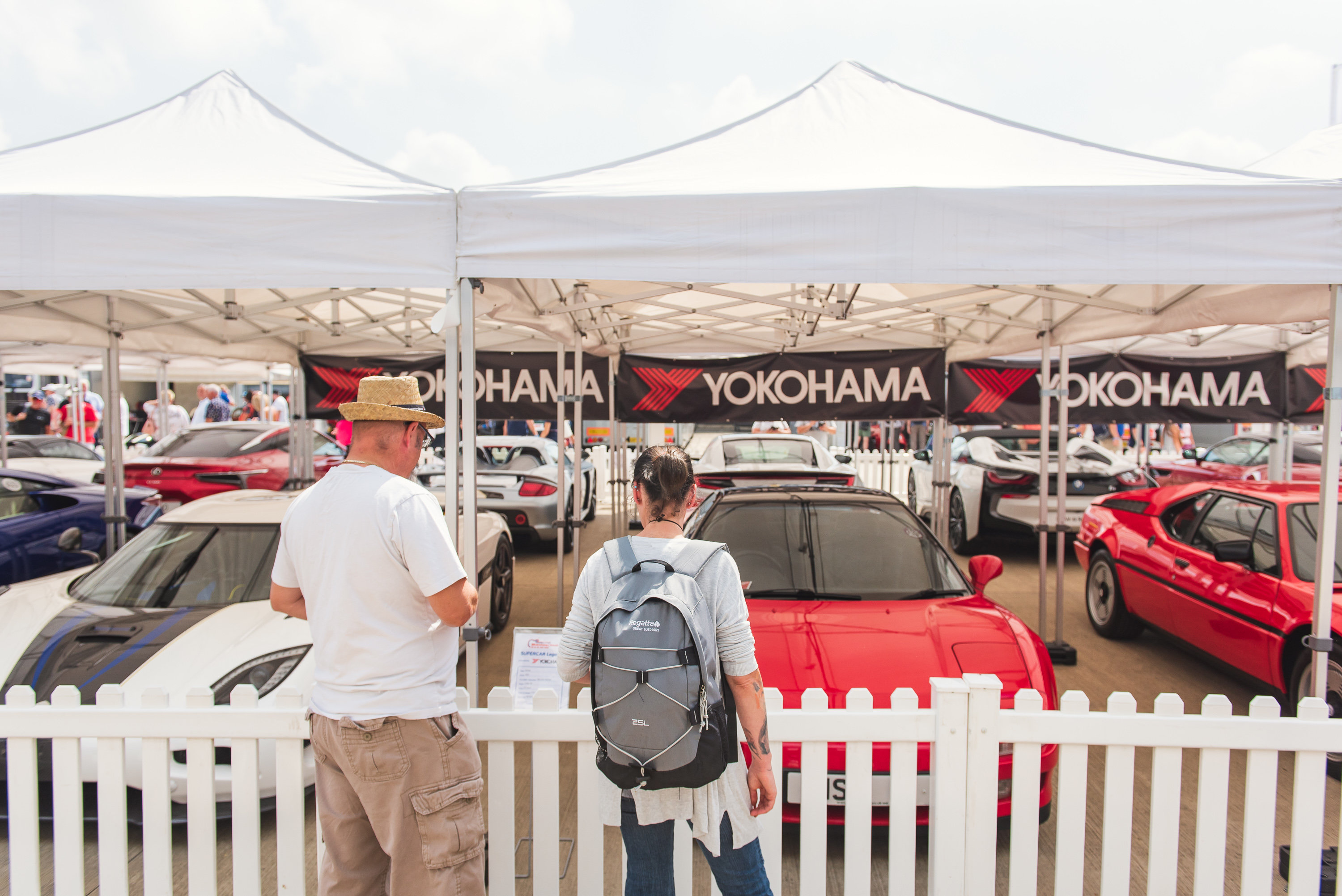 The cars are always the stars at the annual Silverstone Classic (26-28 July). The pair of race paddocks are jam packed with hundreds and hundreds of the finest competition cars from the sport’s golden eras, the infield is chock-a-block with thousands and thousands of dazzling classics spanning generations of motoring history plus there is the awe-inspiring Supercar Legends presented by Yokohama display.

First introduced in 2018, the stunning Supercar Showcase was an instant success with visitors and, as last year, it will be based in the International Paddock where the Formula 1 teams contesting the British Grand Prix were located just yesterday.

Adding to its allure, the standout display will not only put the spotlight on the latest generation of exotic speedsters from leading supercar manufacturers but, in keeping with the event’s overall theme, will also co-star paragons from previous generations.

Among the past champions will be seminal icons such as the Lamborghini Countach, Porsche Carrera GT, De Tomaso Pantera and Jaguar XJR-15 – the sensational V12 powered mid-engined marvel produced by Tom Walkinshaw Racing as an alternative to Jaguar’s own XJ220 (photo top right below).

Bringing the supercar story more up-to-date, the showcase will also put a Classic spotlight on more recent speed machines – a mouth-watering array including a pair of astounding Aston Martins (One/77 and DBS On Her Majesty’s Secret Service), Ford GT in evocative Gulf racing livery, Lamborghini Aventador S, a trio of mind-boggling McLarens (720 Spyder, SLR and P1) plus a pair of impressive Pagani roadsters (Huayra and Zonda S).

Another head-turner will be the new Brabham BT62 – a £1.2m track day stunner that can trace its lineage back to triple F1 World Champion Sir Jack Brabham (photo top left below).

Further fuelling the adrenalin rush, visitors to the Classic over the weekend will be treated to an unmissable 3D supercar experience with the eye-catching collection being fired-up for memorable parade laps of the full Silverstone Grand Prix track.

“There are so many great cars already on show at the Classic but the Supercar Legends presented by Yokohama was a real crowd-pleaser when introduced 12 months ago – it has already evolved into yet another of the many, many highlights at the Classic,” extolled Event Director, Nick Wigley.

Whether lured by the incredible supercars,  the unrivalled retro race-card, the 10,000+ classic cars on show, or the amazing array of fun-fuelled family entertainment, all Silverstone Classic tickets must be purchased in advance.

This summer’s unrivalled race roster includes special anniversary celebrations for Abarths, Bentleys, Capris and Minis plus evocative showdowns for classic era Formula 1, Formula 2 and Formula 3 single-seaters all together on the same race-card for the very first time. There’s also a sparkling Twilight Tribute to Le Mans as the sun goes down on Saturday evening.