Dania Akeel gears up for the HunGarian Baja 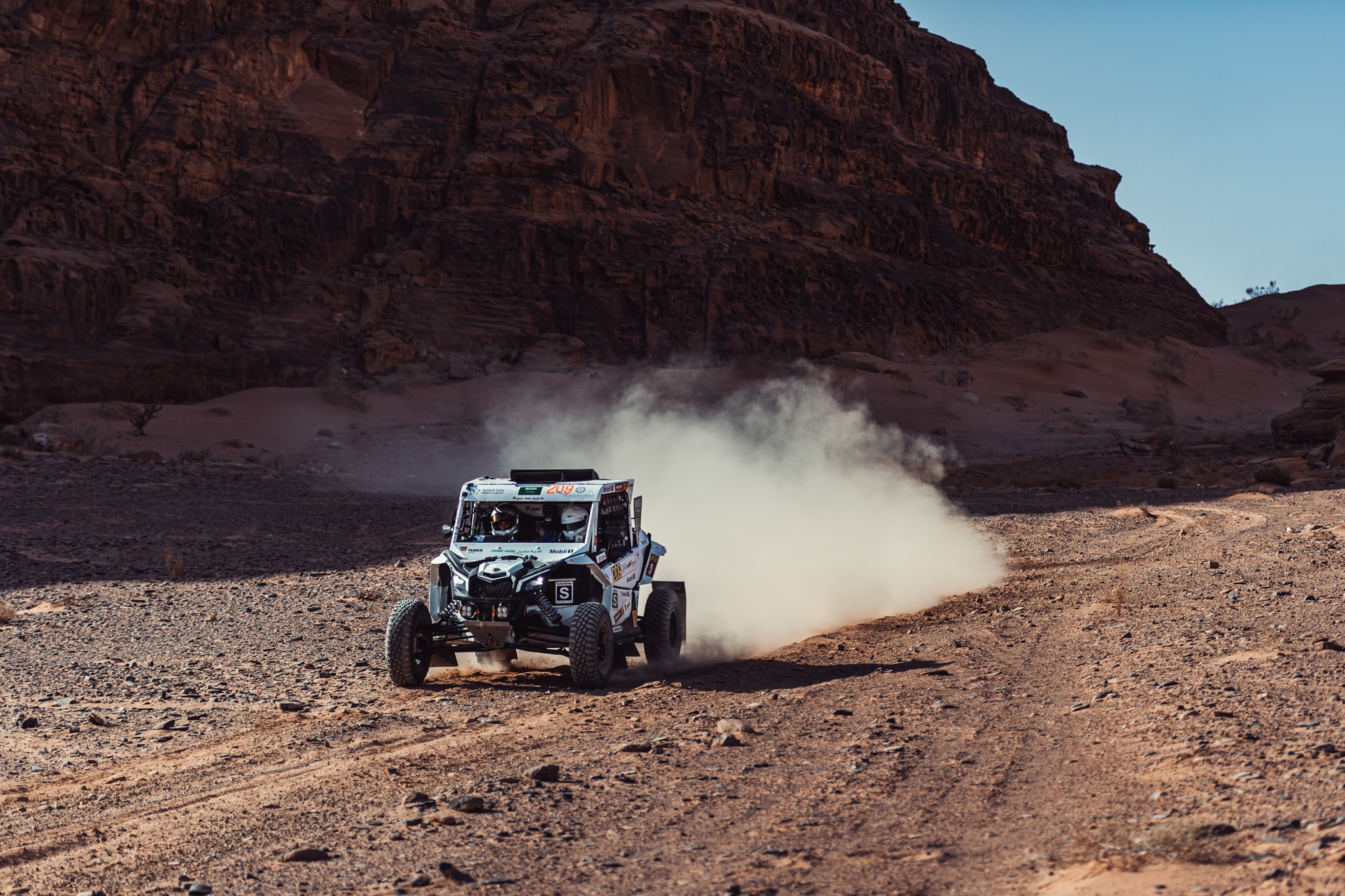 The FIA World Cup for Cross-Country Bajas roars into Hungary this weekend (6-8 August) with Saudi female racer Dania Akeel looking to impress on her European debut.

Akeel is in her first season of rally raid action and has already successfully concluded events in her Saudi Arabia homeland, which was followed by another victorious run in Jordan, but this weekend represents her first venture into European competition.

The 2021 FIA World Cup for Cross-Country Bajas is a series of rally raid events for cars, buggies, and side-by-sides held in multiple countries, with Akeel contesting the T3 class for lightweight prototype cross-country vehicles.

The pioneering female racer will be driving a Can-Am Maverick S3 – alongside French co-driver Charles Cuypers – as the HunGarian Baja kicks off in Veszprém before taking on more than 600 kilometres of terrain over three days of competition.

Having already contested the FIA World Cup for Cross-Country Baja events in Saudi Arabia and Jordan, Akeel will conclude her 2021 campaign with events in Hungary, Poland and Italy over the next six weeks.

Dania Akeel said: “I’m really excited about the weekend ahead and I can’t wait to get started. The recent events in both Saudi Arabia and Jordan went really well, and we hope to continue that momentum here in Hungary.

“I am looking forward to seeing some familiar faces in the paddock and of course meeting some new competitors from Europe.  It is going to be an exciting couple of months.”

“Of course, results are important and we are delighted to have picked up significant points in the previous rounds, but this is my first season competing at this level and the programme is about gaining valuable seat time, bringing the car home and building experience. “

“I’m pleased we will be up against some competition this weekend. Ultimately, I’ll be focusing on my own performance and trying to bring the car home, but of course you need competition in order to get a reference point. It’s the next step for me, but this is new terrain and my first event in Europe, so the target is to be consistent and finish. I wish good luck to everyone this weekend  – bring it on.”