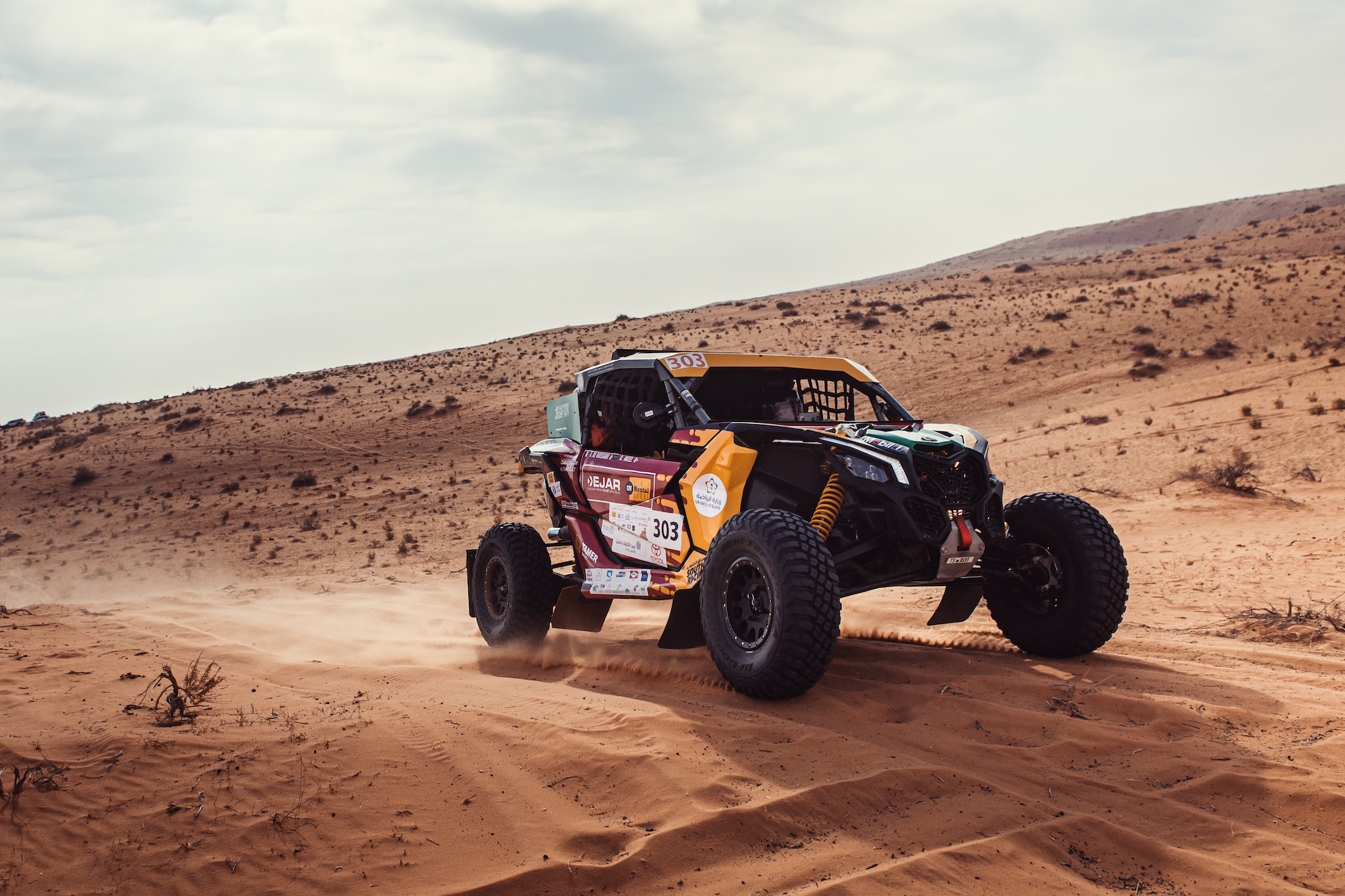 Dania Akeel will take on the world-renowned Dakar Rally next month (1-14 January) as the Saudi Arabian female star aims to complete one of the greatest challenges in motorsport.

The annual rally raid – formerly known as the Paris–Dakar Rally – first began in 1978 and was originally staged between Paris, France, to Dakar, Senegal, before the event moved to South America and more recently to Saudi Arabia.

The 2022 edition will mark the third consecutive outing run in Saudi, as the Dakar Rally continues to explore new landscapes with an even more substantial presence of sand in the special stages.

Whether on the tracks or surfing vast chains of dunes, the riders, drivers and crews will go head-to-head on sandy terrain, where Akeel will have to use all of her undoubted talent in order to succeed.

It has been a breakout campaign for Akeel as she was crowned champion in the T3 Category of the FIA World Cup for Cross-Country Bajas during her first ever competitive season. Her Cross-Country Bajas success began with victories in Saudi Arabia and Jordan, before claiming a double podium in Hungary and Poland respectively. Akeel’s championship-winning feat was confirmed with a fourth place in Italy.

The 32-year-old recently attended the prestigious FIA Gala in Paris where the 2021 FIA champions were honoured on a night of laurels and legacy. The 2021 Prize Giving Ceremony, hosted by FIA President Jean Todt at the Carrousel du Louvre in Paris, welcomed some 800 guests as they celebrated the outstanding performers of the season.

Those lauded were the likes of new FIA Formula 1 World Champion, Max Verstappen, and eight-time FIA World Rally Champion, Sébastien Ogier, in what proved to be a memorable night for Akeel, as she collected her FIA World Cup for Cross-Country Bajas T3 Class title.

Despite the recent celebrations, Akeel has been hard at work in recent weeks as she prepares for her Dakar Rally bow with South Racing Middle East, where she will be joined by experienced co-driver Sergio Lafuente from Uruguay, in what is sure to be her biggest challenge to date.

The Dakar Rally is an off-road endurance event, where the terrain is much tougher than that used in conventional rallying, and the vehicles used are typically true off-road vehicles, rather than modified on-road vehicles. The distances of each stage covered vary from short distances up to 800–900 kilometres per day, over 14 gruelling days of competition.

Dania Akeel said: “Being crowned an FIA World Cup winner is a huge honour, and entering the 2022 Dakar Rally marks the next step of my career as I aim to evolve as a driver. My intention is to grow with every kilometre. The Dakar is the perfect platform to develop my skills and offers many ways to advance into a higher level of performance in this sport.

“We are hoping to step up our level of competition during the year ahead, so what better way to start than with one of the greatest challenges in the motorsport world. I will be striving for consistency throughout the 14 days and my full focus will be on bringing the car home and to reach the finish line.

“I am hugely excited about the challenges and experiences that lay ahead, and I am extremely grateful for the opportunity and to everyone that continues to support me on this journey.”