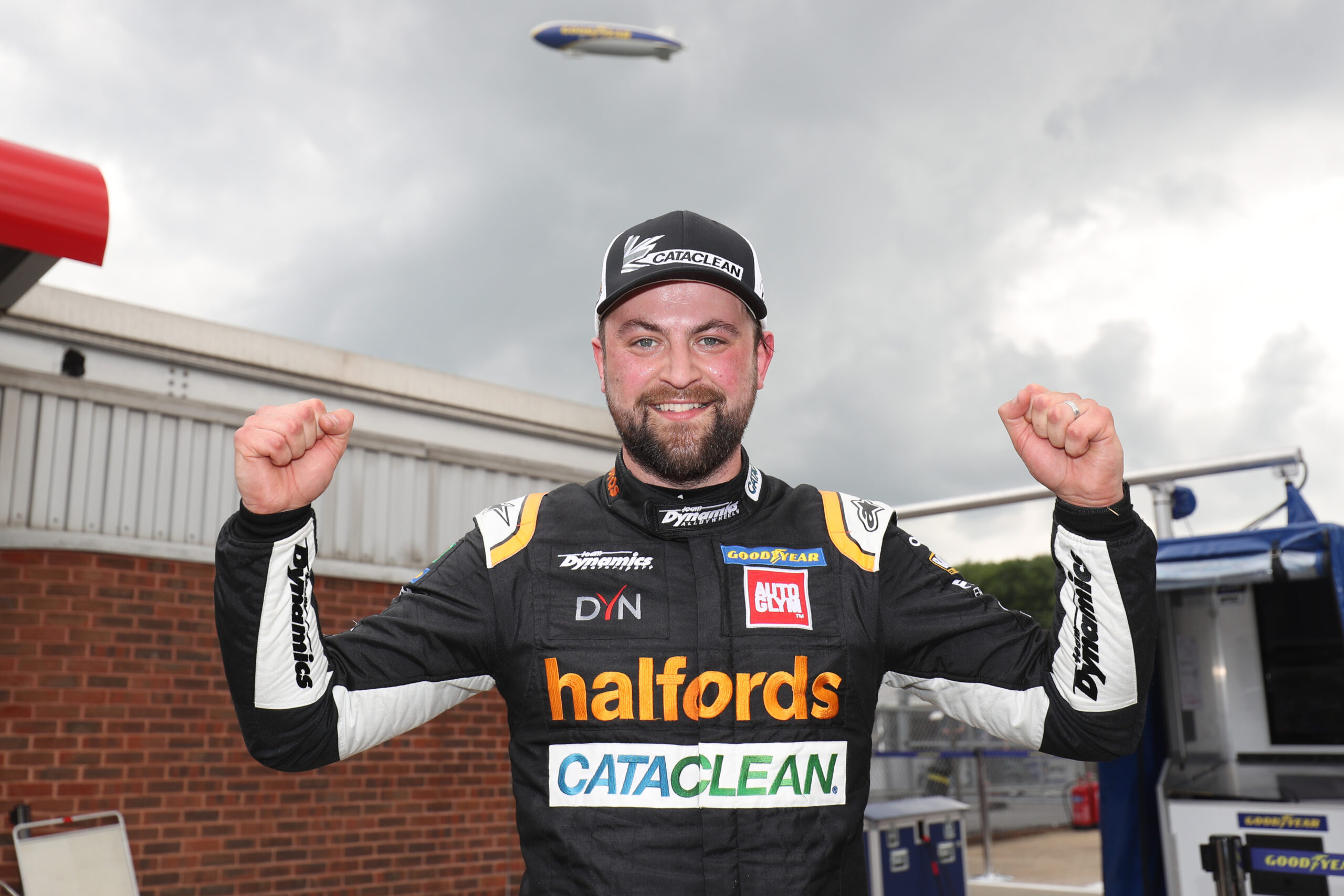 Front-row lockout for Halfords Racing with Cataclean at Brands Hatch

MB Motorsport accelerated by Blue Square’s Jake Hill had struggled with his Ford Focus during practice, but the Kent home hero bounced back brilliantly during qualifying to claim third.

Hill had been the first man to set a representative lap time early on, and the championship challenger went even quicker on his next run during the first half of the 30-minute session.

Despite his impressive pace, Hill couldn’t quite hang on as the Honda Civic Type R duo of Rowbottom and Shedden came through to steal the show.

Team BMW’s Tom Oliphant enjoyed an impressive day around the 1.2-mile Indy circuit and he was rewarded with fourth on the grid when the chequered flag fell.

The Laser Tools Racing pairing of Aiden Moffat and Ash Sutton encouragingly claimed fifth and seventh respectively, with Ginsters EXCELR8 with TradePriceCars.com’s Tom Ingram wedged between them in sixth.

Ingram’s car looked like one of the more jittery machines on-track, and the former championship runner-up had to recover from a high speed run through the gravel on the exit of Paddock Hill Bend. Ingram wasn’t the only driver to be caught out by the legendary corner, however, with Hill also getting his wheels dirty during a flying lap.

A number of well-known contenders failed to trouble the leading order with the likes of Colin Turkington (Team BMW) and Jason Plato (Adrian Flux with Power Maxed Racing) having to settle for 14th and 17th respectively.

Such is the competitiveness of the UK’s premier motorsport series that 17 cars were separated by just half a second during the session, with only a second covering 28 of the 29 entries.

Rounds 7, 8 and 9 of the 2021 Kwik Fit British Touring Car Championship will take place at Brands Hatch tomorrow (27 June) with all races being screened live and exclusively on ITV3 from 11am.

Daniel Rowbottom said: “It doesn’t seem real that does it? Considering last year we weren’t on the grid, it’s really nice! The team has done a great job today, Halfords Racing with Cataclean. The car’s been on it, we’ve worked through the day and now we’re one and two – what a result!

“It was more luck than judgement, but we’ve been quick all day and we just managed to be in the right place at the right time. The car’s great and it’s really nice here. I guess it’s just a bit of a reward for some of the hard work.

“To be honest, the lap felt really messy, but they do sometimes. You’re trying to plan where you’re going to catch people and where you’re going to run into people, so it just worked that time! Maybe starting the lap half a second later we wouldn’t have had it, but it worked out great so it’s fine for me. I’ll take that.”

Gordon Shedden said: “It’s a front-row lockout, so absolutely fantastic really! It’s a bit of a frantic session around here, it always is, with cars in and out of the pits and all sorts of different strategies and things. But we couldn’t ask for much better really, a front-row lockout and it’s all to play for tomorrow.

“It’s very difficult because you can’t pick your moments. You think you’ve got a nice gap and you come down the straight and you’re watching into the pitlane and you see three cars coming out of the pitlane and you know you’re just going to come across them at turn one. But that’s the nature of Brands Indy. You know everyone’s got the same toy set to play with and sometimes you just fall into traffic at the right places and sometimes you don’t. It’s a great result, lots to build on and I’m just really looking forward to tomorrow.

“Outside of row one is a really nice place for me to be here, we’ve got to try and score some big points now.”

Jake Hill said: “Third is an amazing recovery for me and the team after what’s been a pretty shocking morning of Free Practice sessions. I’m absolutely thrilled, my engineer Craig reinvented the wheel a little bit, and a huge thank you to my team MB Motorsport accelerated by Blue Square.

“It was a little bit lairy wasn’t it! But we got away with it and managed to go again. My first run in the car was at its best for sure, and my second run we maybe left it a little bit late. Maybe we should have back-to-backed them, but hindsight is a lovely thing. Third from what has been a pretty abysmal morning, I’m absolutely over the moon with and really excited for tomorrow.

“I don’t know what to expect tomorrow, we’ve made a massive improvement today. The only thing is, we haven’t done a race run on this setup, so it’s going to be a little bit of the unknown, but I just hope it rains a little bit and I can put slicks on again.”