DARE TO BE DIFFERENT LAUNCHES IN GERMANY 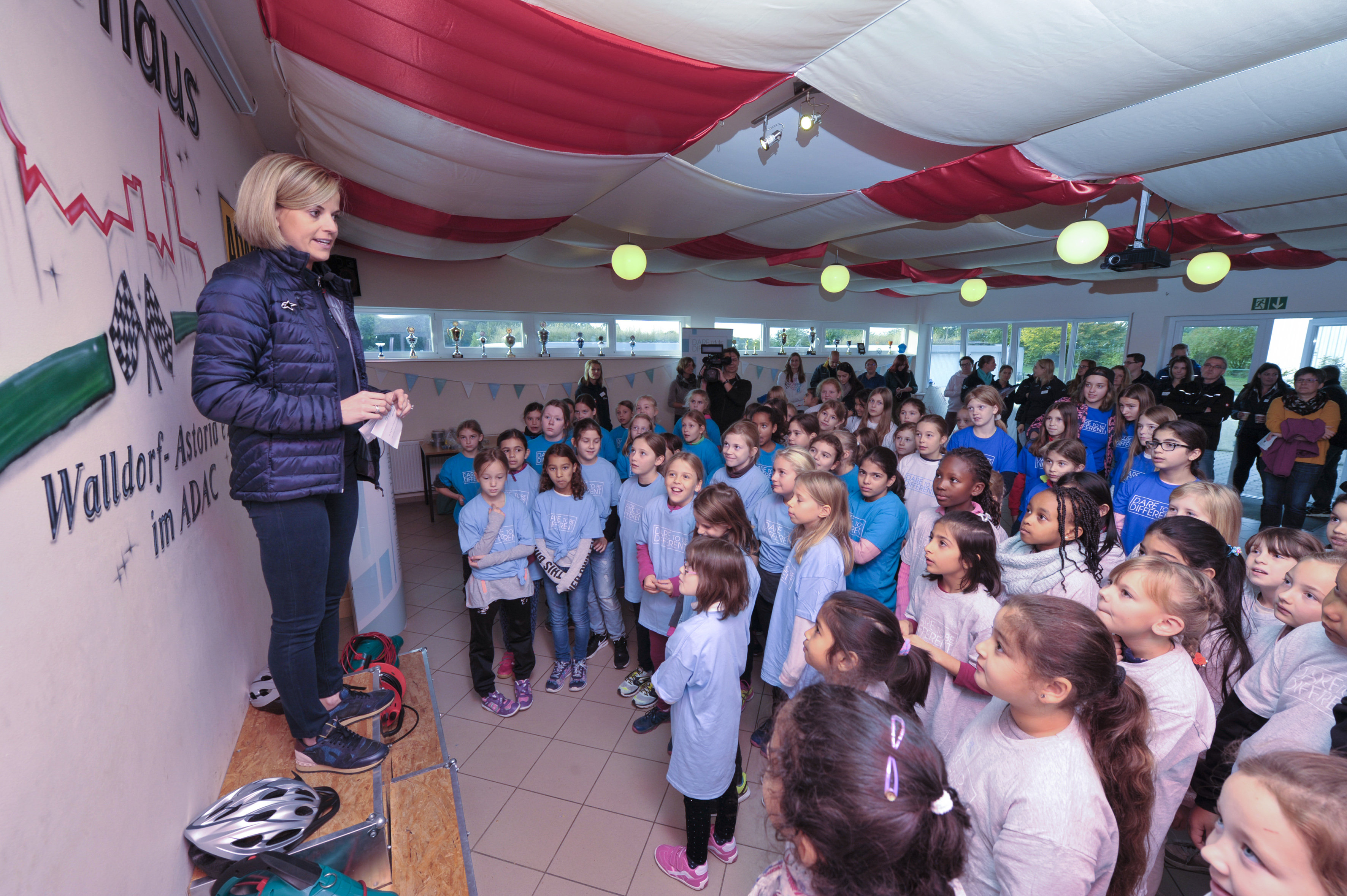 The ‘Dare To Be Different’ initiative, founded by ex-DTM and Formula 1 driver Susie Wolff in the UK two years ago, was successfully launched in Germany at the kart track in Walldorf near Hockenheim yesterday (12 October).

The goal of the charitable organisation is to inspire, connect and celebrate girls and women in every aspect of motor sport. Following a number of popular events in Great Britain, this has now also been achieved in Germany, after almost 100 schoolgirls from the Baden-Württemberg region aged between eight and 12 eagerly participated in the different activities on offer.

“It is always fascinating to see how enthusiastic the girls are, and it is great that we were able to launch the project in Germany as well,” commented Wolff.

A few days prior to this weekend’s DTM season finale at Hockenheim, there was already a special motor sport atmosphere at the kart track in the neighbouring village of Walldorf – a Mercedes-AMG DTM show car and a genuine race car from the Audi TT Cup.

Well before the scheduled start time of 8am, most participants were present. Many girls had accepted the invitation sent to the various schools in the region. “We even had to make a selection because we wanted to divide the available slots equally among our classes,” a teacher explained.

The programme included fitness training, a response test, the popular ‘Pirelli Pit-Stop Challenge’, an introduction to media skills by Sky Formula 1 host Tanja Bauer and the ‘MINT Challenge’, during which participants built a working hoverboard.

Of course, the pupils had the chance to get their first experience of driving a go-kart as well. Professional racing drivers Sophia Flörsch, Caitlin Wood and Vivien Keszthelyi – who will be competing in the Audi Sport TT Cup at Hockenheim this weekend – were on-hand to talk about their careers, answer questions and sign autographs.

After a thorough evaluation, the organising team announced the pupils of the third classes of the Grundschule Emmertsgrund in Heidelberg as the winners. For their prize, the 20 schoolgirls will visit the DTM season finale at Hockenheim this weekend, where they will be granted an exclusive ‘behind-the-scenes’ pit box tour with the Mercedes-AMG DTM Team as well as a ‘meet and greet’ with Gerhard Berger, ex-Formula 1 driver and chairman of the DTM organisation ITR.

With a loud ‘Yessss’, the pupils responded to Wolff’s question about whether they had enjoyed the day.

“That is the goal,” acknowledged Wolff. “Here we had girls who had probably never even thought about motor sport before, but have now discovered that it offers various career opportunities, be it as a driver, a technician, in the team organisation or in media. Even if they don’t want to work in motor sport, they still gained self-confidence from the day and sampled new experiences, which is invaluable.”

Following the successful launch in Walldorf, further Dare To Be Different activities are planned in Germany next year.