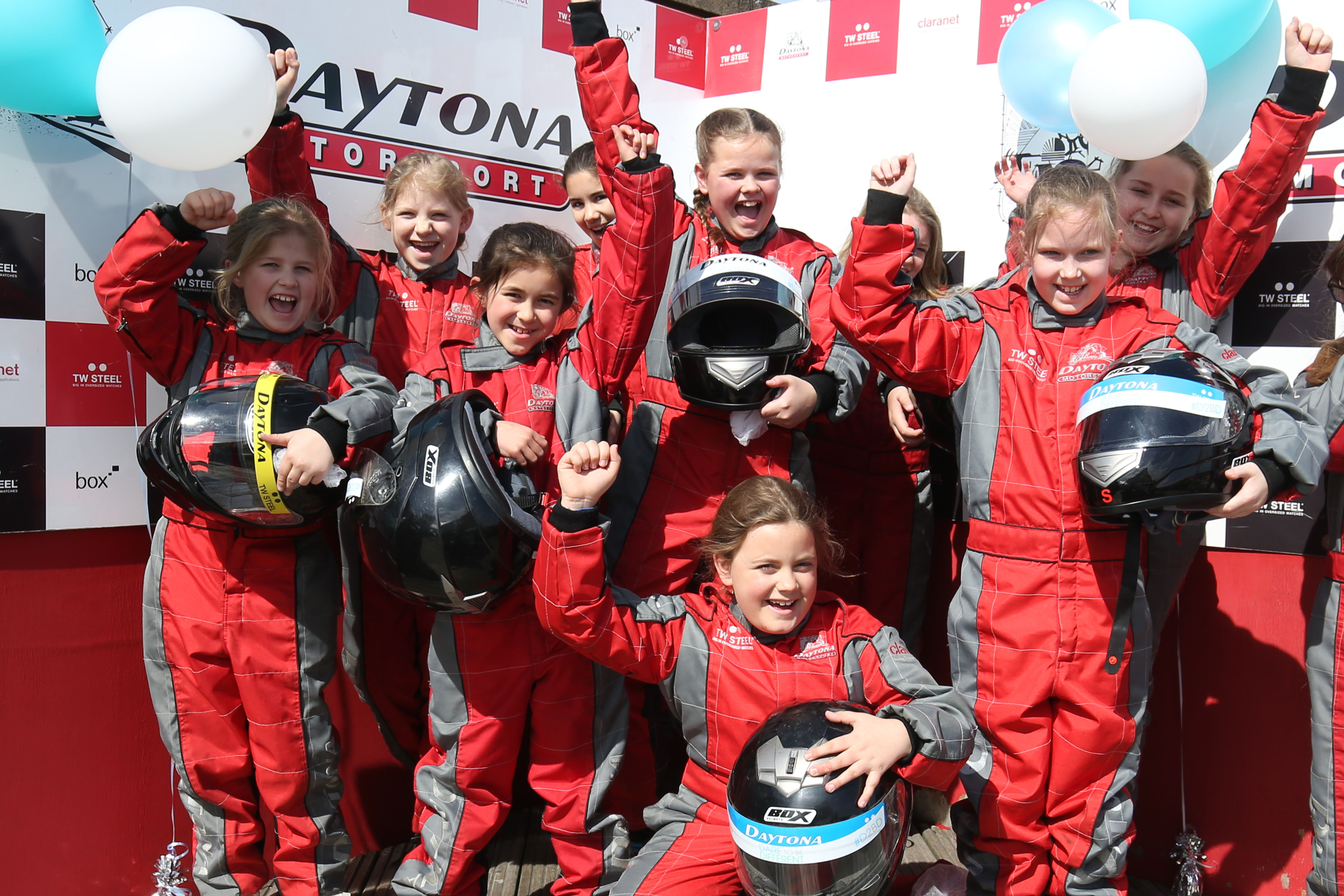 Dare To Be Different is speeding into its second season riding the crest of a wave, with an expanded calendar that takes in even more of the motor sport spectrum laying the foundations for another successful year for the groundbreaking initiative.

In 2016, seven ‘Headline’ events around the UK introduced schoolgirls aged between eight and 14 to all the different aspects of the sport – from driving to wheel-change practice, educational exercises in association with STEMNET (Science, Technology, Engineering and Mathematics Network), media and interviewing skills, diet and fitness. In addition, two special Community Connect days completed a busy schedule.

In evidence of its appeal, the Dare To Be Different diary will be even more action-packed in 2017, tailoring activities more specifically to different age groups while continuing to boost general awareness of the motor sport industry amongst its target demographic.

Eight Headline events will again visit karting circuits all around the country and offer schoolgirls an invaluable insight into the various career opportunities within the motor sport industry, with the campaign receiving an additional boost after a number of Formula 1’s British-based teams pledged their proactive support.

Dare To Be Different will similarly have a presence at several already established events such as the Goodwood Festival of Speed, Shell Eco-marathon – challenging student teams around the world to design, build, test and drive ultra-energy-efficient vehicles – Formula Student Finals at Silverstone and F1 in Schools UK National Finals.

The calendar will be bookended by visits to global motor sport showpieces in the shape of the International Circuit Challenge and Dayinsure Wales Rally GB, with further information available on the revamped www.daretobedifferent.org website.

“We were absolutely delighted with the success of Dare To Be Different in its inaugural year,” reflected the campaign’s founder, Susie Wolff, who was recently made a Member of the British Empire (MBE) in the Queen’s New Year Honours list for her services to women in sport. “What we have created is a genuine platform for women and girls to explore the motor sport world and all the many opportunities it presents.

“I think we made a real impact in 2016 by reaching more than 35,000 female pupils in total, and that has given us a superb springboard from which to grow Dare To Be Different and inspire many more girls to consider motor sport as a genuine career option.

“The bottom line is that this sport is just as accessible for women as it is for men, and we want to be the catalyst for a whole new generation of drivers, riders, engineers and journalists of the future – with plenty more exciting announcements just around the corner.”