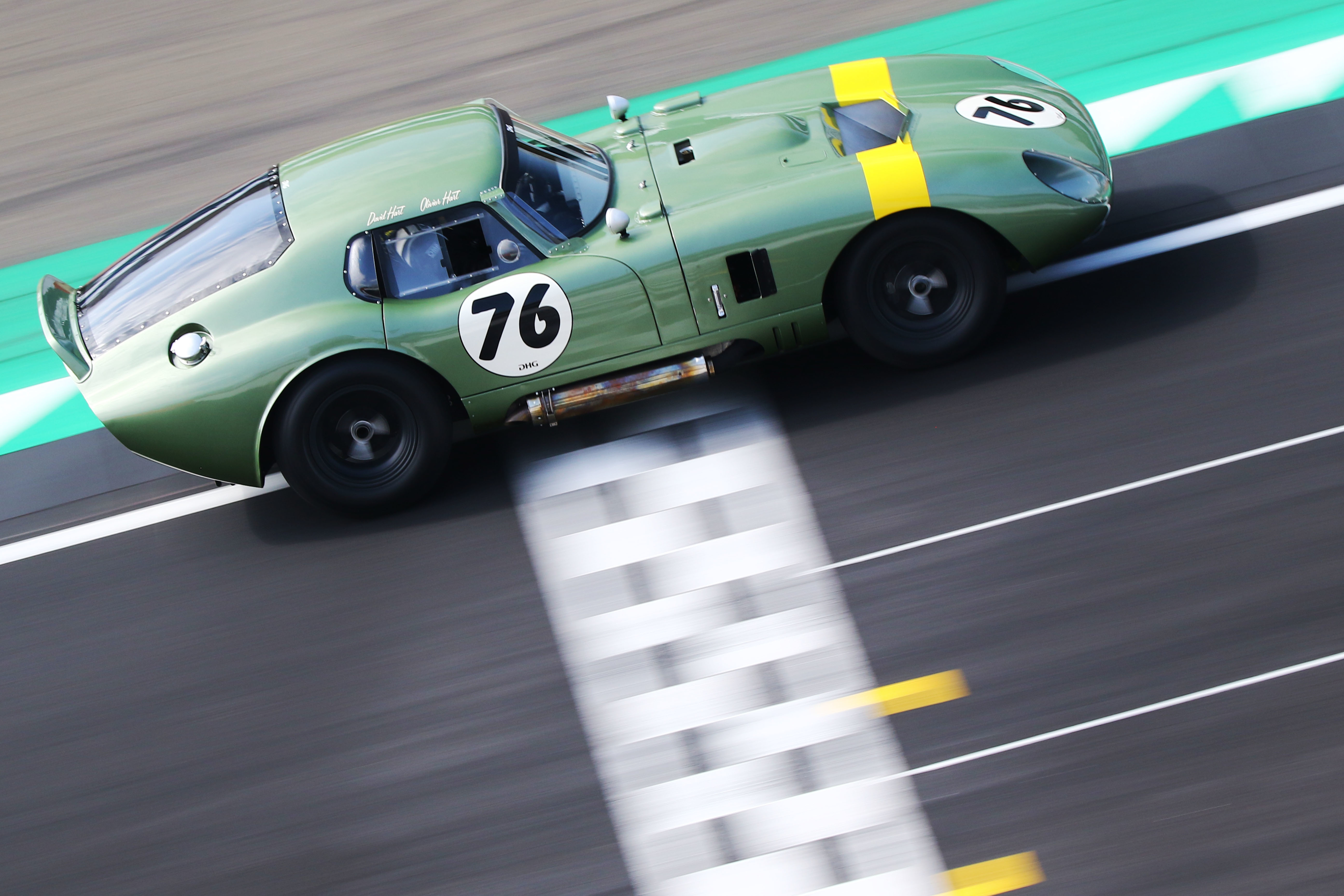 Next summer’s Silverstone Classic is now confirmed for the weekend of Friday 31 July to Sunday 2 August.

The date had already been announced but remained ‘provisional’ until Formula One’s governing body, the FIA, formally ratified its 2019 calendar at yesterday’s (4 December) meeting of its World Motor Sport Council in Paris.

With the British Grand Prix at Silverstone now rubber-stamped for Sunday 19 July, the Silverstone Classic can officially take its traditional place in the calendar a fortnight after Formula One headlines at the home of British motor racing.

Taking place at the start of the summer holidays, the hugely-popular three-day Classic is expecting over 100,000 attendees plus a star-studded line-up of drivers – more so having avoided date clashes with other high-profile UK motorsport events such as the British Touring Car Championship and FIA Formula E’s intriguing London E-Prix.

What’s more, though tickets have been on sale since October, festival-goers who were waiting for a verified date can still take advantage of the Super Early Bird offer available until the end of December.

These Super Early Bird tickets offer significant savings of up to 25 per cent on Standard tickets. Adult admission currently starts at just £35 with the price of the three-day weekend ticket frozen at £99 for the six year in succession. Full details of all ticket prices – including Parc Fermé and Clubhouse hospitality packages, the RetroRun experience and camping – can be found on the silverstoneclassic.com website.

With the date for the three-day car-themed extravaganza now set in stone, full details of the on- and off-track family entertainment will be announced in the coming months. These will include the full roster of magical races, record-breaking car club anniversaries plus the ever-popular ‘rocking and racing’ live music on both Friday and Saturday evenings.

Now entering its landmark 30th year, the Classic always sets the international gold standard when it comes to showcasing the cream of global retro racing action with more than 1,000 entries dating back to the glorious heydays of Formula One, GT, Touring and Sports cars.

Five of the Classic’s regular crowd-pleasing grids have already been confirmed for the outstanding 30th anniversary festival: FIA Masters Historic Formula One; Royal Automobile Club Tourist Trophy for pre ’63 GT Cars, Yokohama Trophy for FIA Masters Historic Sportscars and Historic Touring Car Challenge as well as the return of the Classic Mini Challenge which proved such a sensation when introduced in 2019.

Two more stand-out grids can now be revealed for next summer’s special 30th birthday celebration: Masters Endurance Legends for dramatic sports prototypes and the International Trophy for Classic GT Cars (Pre ’66) – a highlight which always attracts an over-capacity field of E-types, Cobras, Elans, Healeys and other racy GT icons from the early sixties. More evocative races will be revealed soon, too!

Visitors are also offered the chance to share in the milestone festivities. A special 30thAnniversary Celebration package offers all owners of pre-1990 classic cars  the opportunity to purchase two adult weekend tickets, a vehicle display pass with parking in a dedicated anniversary infield display area and a special anniversary track parade on Friday on the hallowed Silverstone Grand Prix circuit.

Full information about the 2020 Silverstone Classic entertainment programme – including more exciting new races, special car club celebrations and live music performers – will be announced in the coming months. All the latest news will be available at silverstoneclassic.com and via its social media platforms.