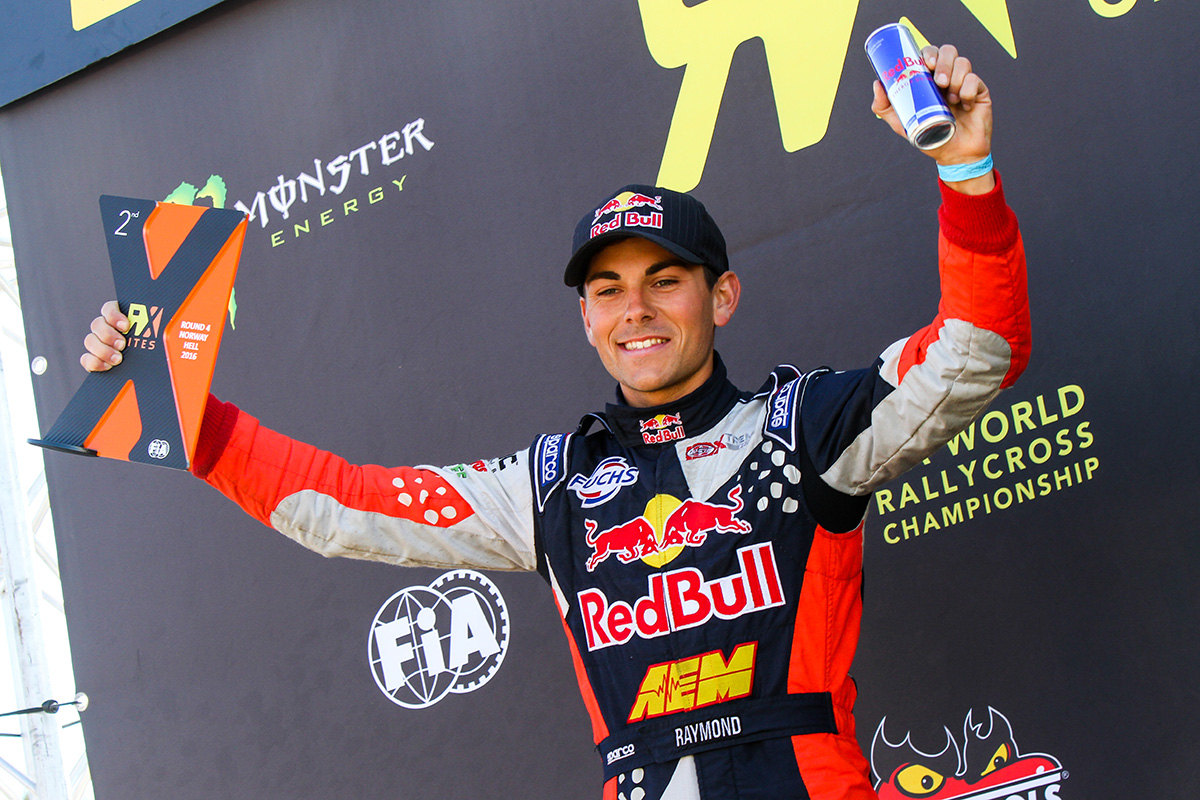 Reigning champion Cyril Raymond has confirmed that he will return to defend his hard-fought crown in 2017, as the rebranded RX2 International Series presented by Cooper Tires speeds into a bold new era.

Raymond won twice and tallied three further podium finishes in 2016 en route to the trophy in RX2’s precursor RX Lites. The Frenchman’s reward for lifting the laurels was a drive in a Ford Fiesta RX Supercar in the World RX round at Germany’s Estering, and he acquitted himself admirably by placing 17th amongst the 27 contenders in the intermediate rankings – ahead of rallycross legend Tanner Foust, no less.

Having demonstrated his credentials, Raymond will rejoin the fray in 2017 with his eyes firmly on the prize once again. The 23-year-old from Saint-Raphaël represented RX2 at the launch event for the season-closing World RX of South Africa last week [images below], and he is fired-up for the forthcoming campaign, which will officially rev into life at Mettet in Belgium on 12-14 May.

“I’m hugely excited to be racing in RX2 at such an exciting time for the series,” enthused the former French Rallycross Super 1600 and Junior Champion. “Winning the title last year was the greatest achievement of my career so far, and my number one goal for 2017 is to retain it. No other championship provides such a fantastic showcase and direct springboard to the pinnacle of the sport – FIA World RX.

“With a big entry and the expectation of some very quick drivers in the field, it’s shaping up to be an incredibly competitive season. RX2’s level playing field places the emphasis on driver skill – and that ensures everybody has an equal chance to shine. I can’t wait to get out on-track!”

Further driver announcements will be made over the coming days and weeks.

The 2017 RX2 International Series presented by Cooper Tires will take in seven rounds across three continents, visiting Mettet in Belgium, Lydden Hill in Great Britain, Hell in Norway, Höljes in Sweden, Trois-Rivières in Canada, Lohéac in France and Cape Town in South Africa.