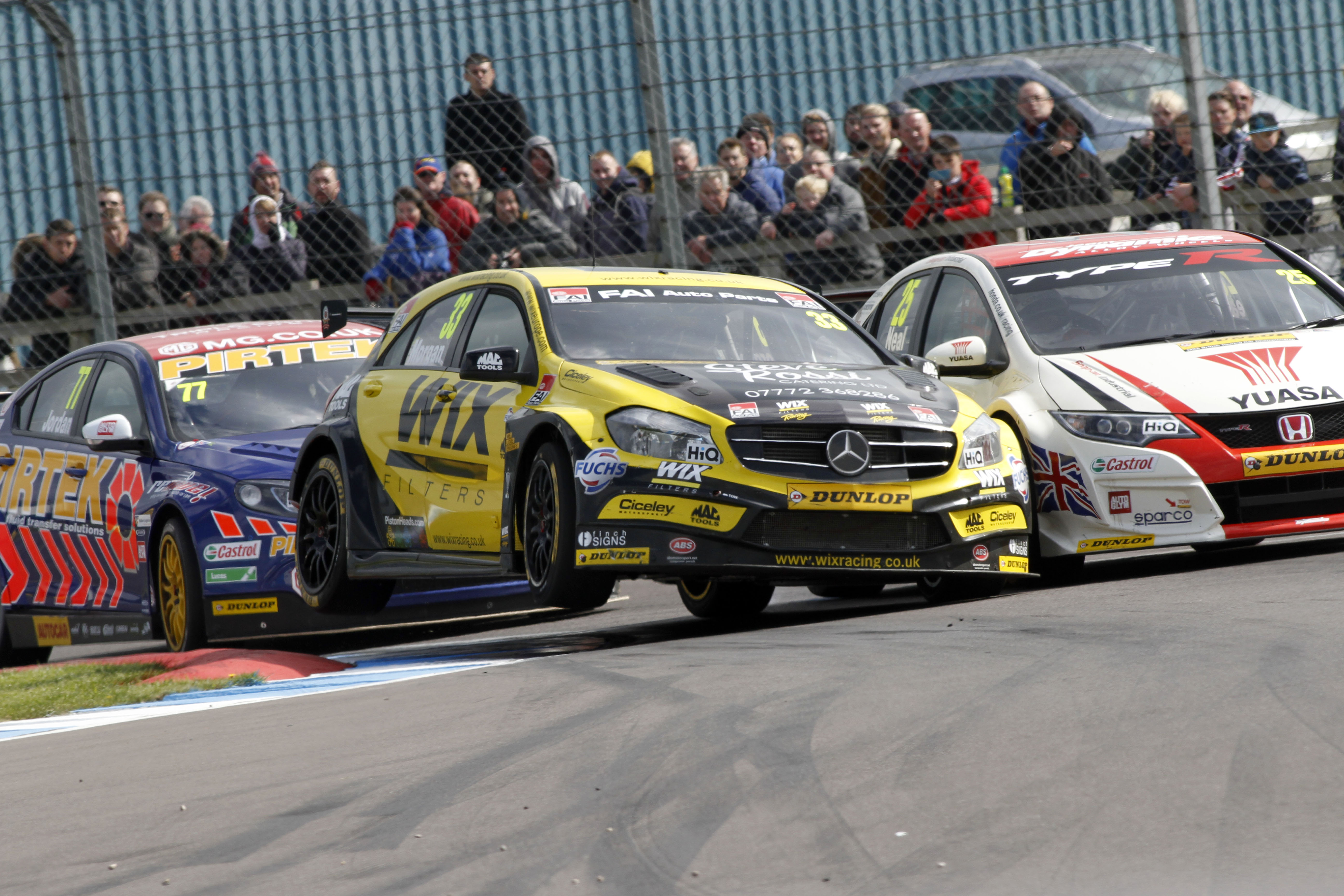 Fresh off the back of a breathtaking start to its 2015 campaign, the Dunlop MSA British Touring Car Championship (BTCC) is heading for Hampshire, with plenty more thrills ‘n’ spills and unpredictable high-octane action in store around ultra-fast Thruxton on 9/10 May.

Always renowned for its supremely close wheel-to-wheel – or rather doorhandle-to-doorhandle – competition, the BTCC has been a firm family favourite for decades, and is enjoying an absolute vintage era.

With five different winners from the opening six races, four margins of victory of less than half-a-second and more drama, controversy and excitement than you can shake a stick at, the BTCC is unquestionably at its brilliant best – and Thruxton never fails to provide one of the season’s most scintillating spectacles.

As the quickest circuit in the country, it is unanimously popular amongst drivers, who relish its flat-out nature that truly rewards the brave. Better still, following a winter of chopping-and-changing amongst the leading teams, the situation at the top of the classification could scarcely be closer, with multiple champion Matt Neal holding a slender two-point advantage over defending title-winner Colin Turkington.

Six more competitors are also within just 22 points of Neal’s tally, and things have a habit of turning around very quickly in Britain’s premier four-wheeled racing series – in other words, expect the unexpected.

Beyond the BTCC, a packed weekend programme will include plenty of action in the support series, comprising the Ginetta GT4 SuperCup, Ginetta Junior Championship, Renault UK Clio Cup and MSA Formula – the proving ground for Formula 1 stars of the future. What’s more, spectators won’t miss a second of the excitement courtesy of big screens at the Complex and Club Chicane – the circuit’s two principal viewing spots.

“Even by its own very high standards, it’s been a phenomenal start to the 2015 BTCC season,” acknowledges Thruxton Group Managing Director Bill Coombs. “The racing has been incredible, and Thruxton’s fast sweepers and flowing layout always generate plenty of opportunity for slipstreaming and overtaking – which is just what fans want to see.

“Picking a likely winner really is impossible this year, and the same can be said for the support series too, with 14 different drivers having tasted victory champagne during the opening two race meetings. We’ve worked tirelessly over the winter to improve facilities both on- and off-track here to enhance the overall experience for spectators and competitors alike, and we are convinced BTCC at Thruxton in 2015 will be the biggest and best yet!”

Advance tickets are on sale until Wednesday, 6 May, at just £10 for Saturday and £26 for Sunday. Paddock passes are an additional £7. Advance tickets can be purchased online at http://www.thruxtonracing.co.uk/racing/btcc or by calling 01264 882200 (Option 1). Accompanied children aged 15 and under are admitted free.