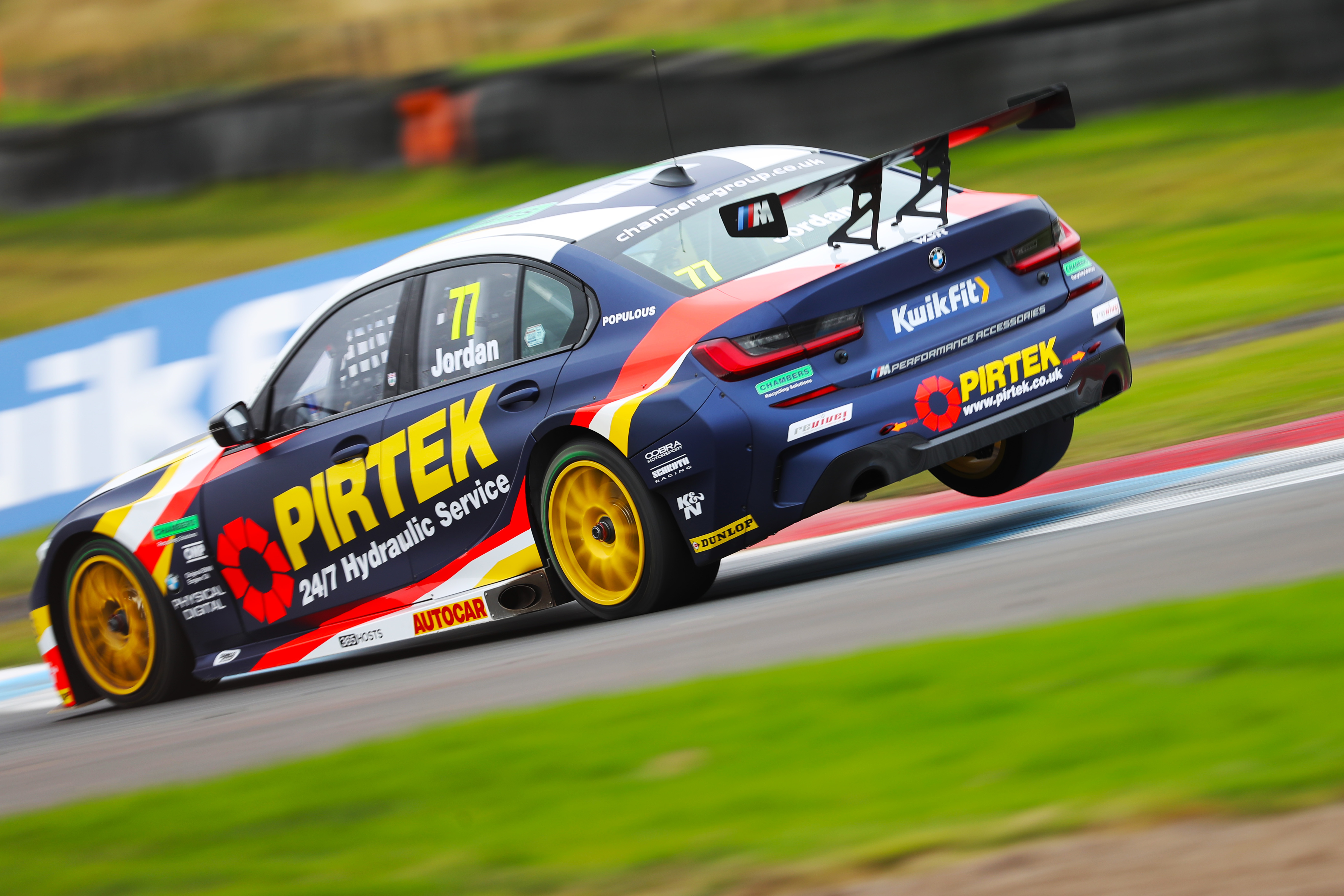 The new BMW 3 Series returned to the top step of the podium as the Kwik Fit British Touring Car Championship travelled north of the border for the eighth event of the 2019 season.

Heading into the Knockhill weekend, Team BMW driver Colin Turkington was looking to maintain his place at the top of the championship standings, but had West Surrey Racing team-mate Andrew Jordan aiming to bring the gap down at the wheel of his BMW Pirtek Racing car.

Tom Oliphant meanwhile, in the second Team BMW 3 Series was hoping to build on a solid weekend at Thruxton in the previous meeting, where he had been the highest scoring of the three BMW drivers.

With the 330i M Sport making its debut at Knockhill, the two free practice sessions on Saturday morning were spent dialing the car into the circuit and the hard work paid dividends in qualifying, with all three cars qualifying strongly inside the top eight.

Jordan was the best placed of the trio in third place and a strong start saw him vault into second when the lights went out in the opening contest, with the 2013 title winner keeping leader Rory Butcher honest throughout as he secured his ninth podium of the year.

From sixth on the grid, Colin finished less than two-tenths of a second away from the podium in fourth, although a drive through penalty for Tom saw him drop down the order and restricted him to a 15th place finish; his pace being shown by the fact he scored the fastest lap of the race.

Despite running on the medium compound tyre for race two, Jordan was then able to rocket to his sixth win of the season, taking the lead at the start and then remaining out front all the way to the finish. That allowed him to close to within four points of Turkington in the standings after he was tipped into a spin at McIntyres whilst running third.

Managing to reverse his car out of the gravel, Colin recovered to 19th place and whilst that meant he missed out on points, it left the Northern Irishman within striking distance of the top 15 for race three. A 14th place for Tom allowed him to add two more points to his tally.

The reverse grid draw left Andrew as the best placed BMW on the grid for race three in P10, but it would be his turn to run into misfortune as he was forced to take avoiding action on lap one when the Subaru of Senna Proctor spun at the chicane and became stuck in the gravel.

A battling drive from Colin saw him fight his way through to tenth place, with Tom capping his weekend with a 13th place finish after finding himself in the heart of the midfield battles.

With two events and six races still to run, Colin now holds a ten point lead over Andrew in the overall championship standings, with BMW 30 points clear of Honda in the manufacturers/constructors title race.

The battle will continue at Silverstone on the weekend of 28/29 September.