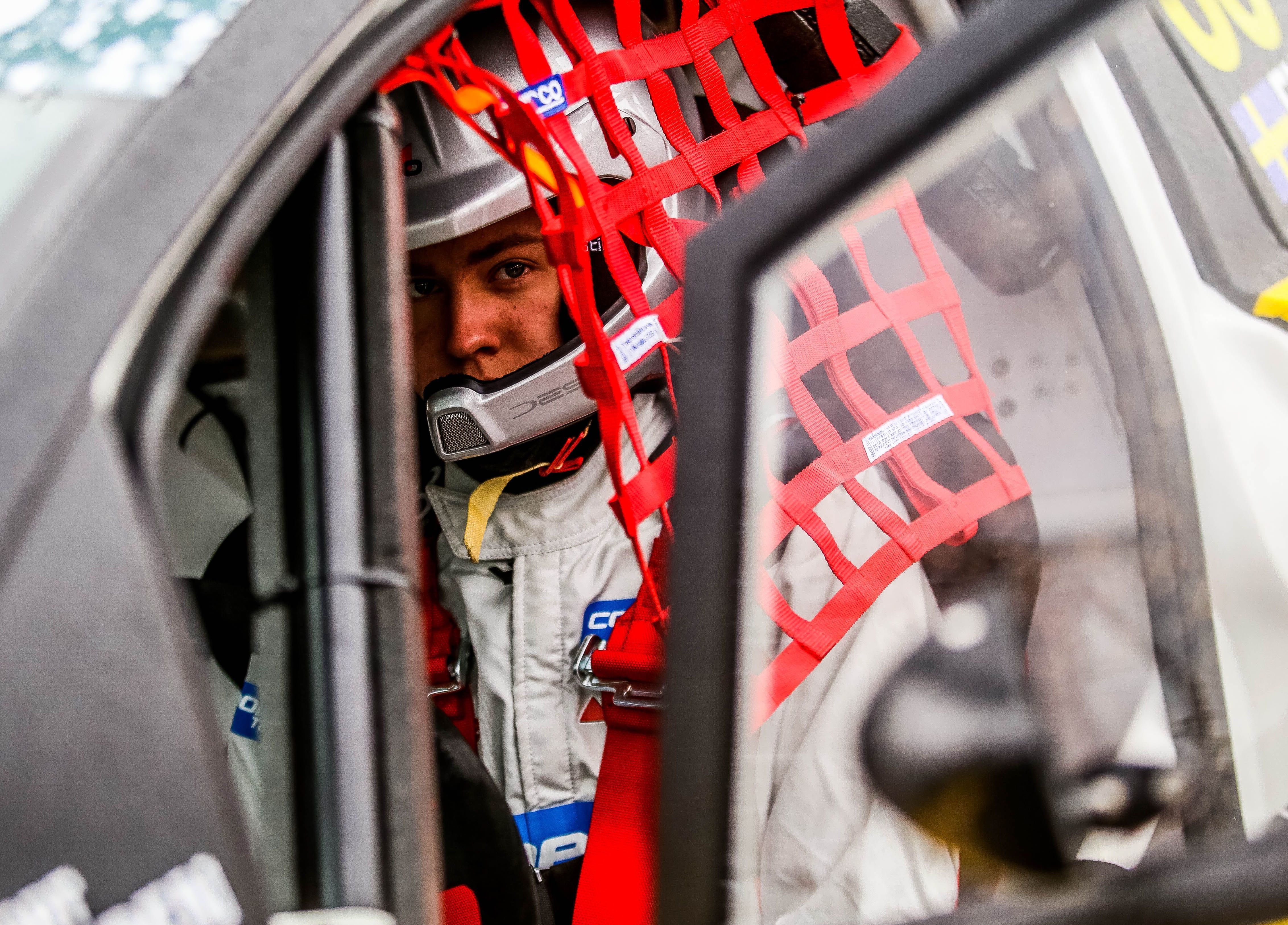 Martin Enlund will step up to RallyX Nordic presented by Cooper Tires’ Supercar Lites class in 2020 with Olsbergs MSE, as the talented teenager prepares for a busy schedule ahead over the coming months.

The 18-year-old from Västerås near Stockholm has spent the past few seasons contesting the CrossCar/Crosskart category, being crowned Swedish Champion last year. In RallyX Nordic, Enlund recorded a fifth-place finish on three separate occasions in 2019.

The Swede simultaneously burst onto the international stage at Höljes last summer in RX2, making an instant impression in the World Championship paddock by setting the third-fastest time in the opening qualifying session and only narrowly missing out on a place in the final.

In 2020, Enlund will join rallycross powerhouse OMSE – the team that claimed the runner-up spots in both Supercar and Supercar Lites last season. The goal is clearly to go one better this year, but the rising star isn’t getting ahead of himself, limiting his targets to regularly reaching the final.

“It will be really exciting to make the step-up,” he enthused. “Driving as much as possible will be great for my career development and progression, and I want to make the most of every moment of track time I get. We didn’t achieve the results we were hoping for in RallyX Nordic last year. We were racing with a new kart and struggled to nail the set-up, but 2020 marks a completely fresh start.

“We saw in 2019 just how high the calibre was in RallyX Nordic’s Supercar Lites class, and I have no doubt it will be every bit as competitive again this year – if not indeed more so. It will be my first season in the category, so I don’t want to put too much pressure on myself and I’m not setting any particular goals, but clearly I want to reach the final as often as possible.

“I can’t wait to start working with OMSE, too. You only have to look at the success they have achieved over the years to appreciate their level of knowledge and expertise, and I already know a lot of the guys there. I’m looking forward to finding out just what makes them such a consistent force – and hopefully I will live up to their expectations as well!”

“Martin has been on our radar for some time now,” added OMSE CEO and Team Principal, Andreas Eriksson. “Despite his difficulties, he definitely stood out in RallyX Nordic last year, and the Swedish CrossCar Championship is very competitive so to win that title was an excellent achievement.

“We are going to have a very strong line-up in RallyX Nordic this year and we’re very eager to get started – but first, we have some more exciting announcements to come! Watch this space…”