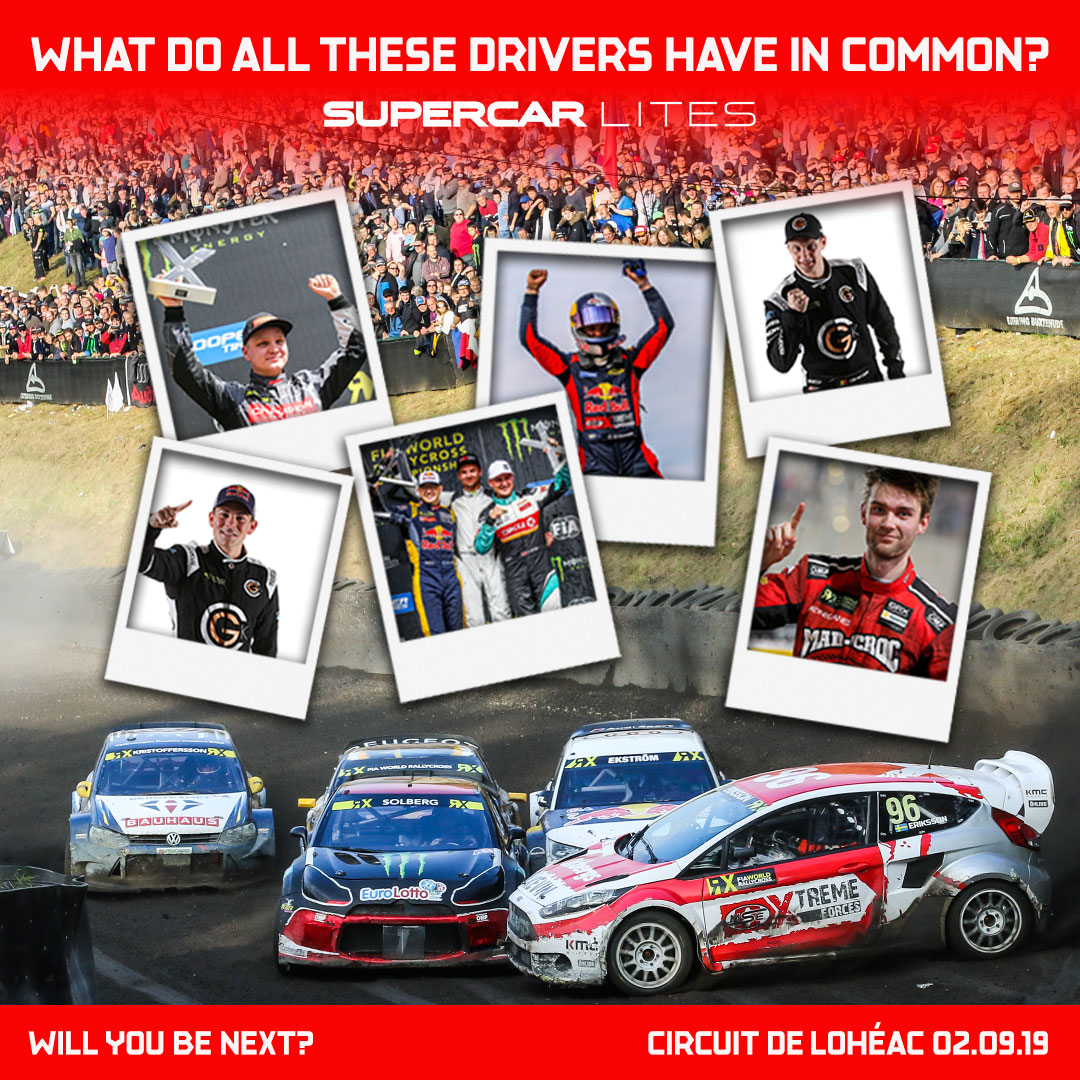 Do you want to follow Cyril Raymond and Guillaume De Ridder to the pinnacle of the FIA World Rallycross Championship? Have you been inspired by the performances of Sebastian Eriksson, Kevin Hansen and Reinis Nitiss at Höljes earlier this month, Niclas Grönholm’s victory in Norway, Joni Wiman’s podium finish at Spa-Francorchamps or indeed the multiple successes achieved by Oliver Eriksson in RallyX Nordic?

Got your attention? Then come and join us at Lohéac on Monday, 2 September (the day after the World RX event at the legendary French circuit) for an official Supercar Lites test day!

For just €400, you can climb behind the wheel of this ultra-impressive car (310bhp, 300Nm torque, four wheel-drive, six-speed SADEV sequential gearbox, Alcon-developed brakes), as used in both the RX2 International Series and RallyX Nordic.

Front-running teams Olsbergs MSE, JC Raceteknik and Team Färén will similarly be on hand to lend support throughout the test day, so if you are interested in launching your own Supercar career in the wheeltracks of Raymond, De Ridder, Eriksson, Hansen et al, make sure you join us at Lohéac on 2 September!

“I remember in 2014, when we decided to go into Lites I was nervous to take the step initially, but looking back now, it was probably the move that made me successful today,” reflected Hansen, who leads the 2019 World Championship standings.

“The learning curve and the hard work I needed to put in to beat Kevin Eriksson, Cyril Raymond, Thomas Bryntesson, Sebastian Eriksson and all the others was key to becoming the driver I am today – I had to push to the absolute limit to take that title. You require talent, application and maximum commitment if you want to succeed in Lites, but when you do, you can be sure to have all eyes on you from the World RX teams.”

“For me, Supercar Lites represents the ideal finishing school for drivers aiming to graduate to rallycross’ headlining Supercar class,” echoed Raymond. “I spent two-and-a-half years in this car, which is a bit like a four wheel-drive version of a go-kart – very easy to get to grips with and fine-tune, and a lot of fun to drive.

“What’s more, with all competitors having the same equipment at their disposal, everybody has an equal opportunity to shine – the driver and mechanic make all the difference. For me, there’s no question that RX2, RallyX Nordic and Supercar Lites offer the most direct route possible to the summit of the sport.”

The deadline for entries is 26 August. Details are as follows:

For further information about the car, visit: www.supercarlites.com