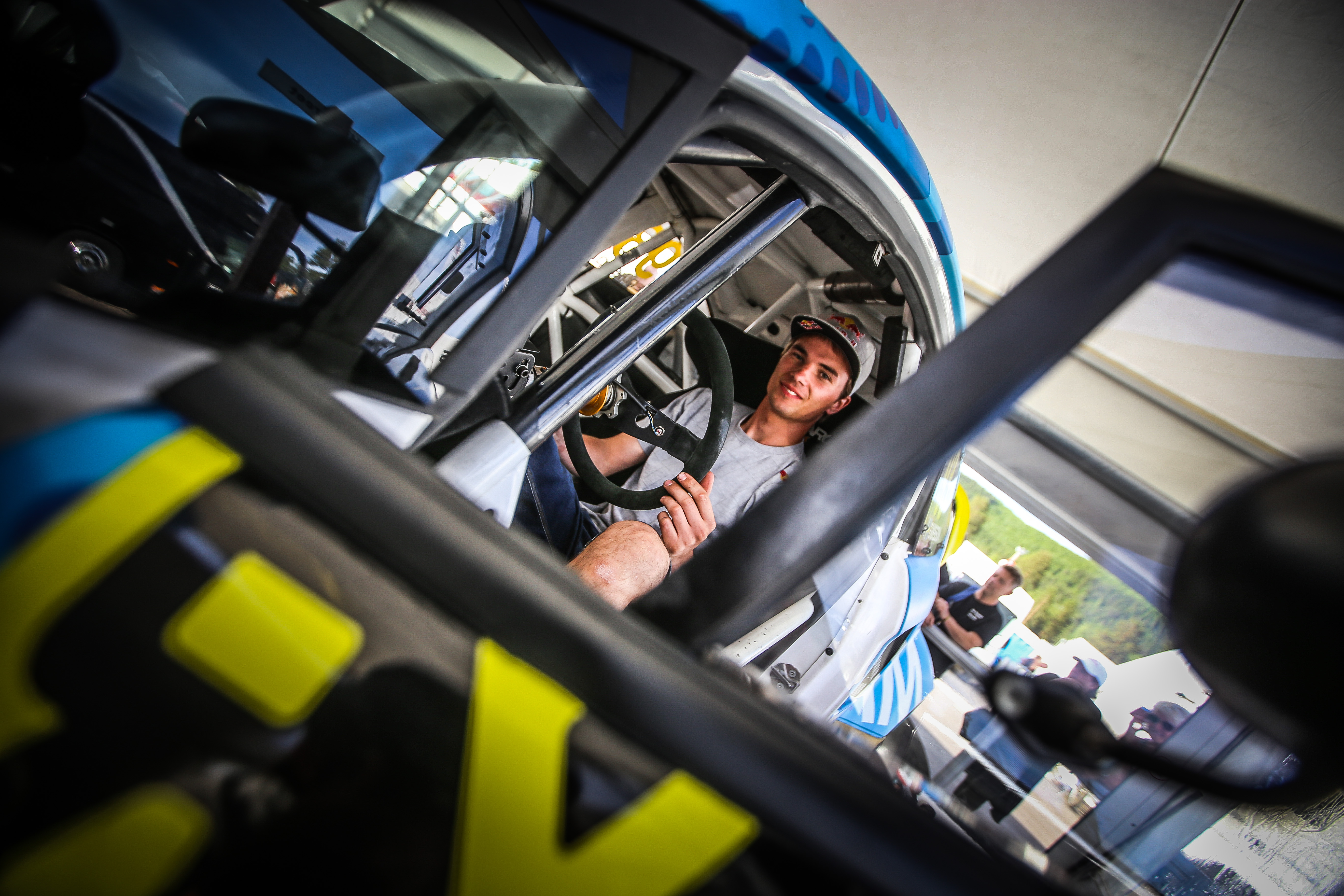 Sebastian Eriksson will contest this weekend’s ALL-INKL.com World RX of Germany at the Estering (28/29 September) behind the wheel of a Bluebeam-sponsored Ford Fiesta Supercar run by Swedish powerhouse Olsbergs MSE.

Eriksson has spent the 2017 campaign competing in Global Rallycross in the United States and currently sits fourth in the standings ahead of next month’s season finale in Los Angeles.

The Swede did, however, make a ‘wildcard’ appearance in the FIA World Rallycross Championship at Höljes in Sweden back in July, impressing by making it through to the semi-final stage amongst the 22 high-calibre contenders and only missing out on a slot in the final by a scant half-a-second.

Now, Eriksson is ready to return, and eager to test his mettle once more against the very crème de la crème of international rallycross talent.

“I’m really looking forward to competing in Germany this weekend in my Bluebeam Ford Fiesta,” enthused the 24-year-old. “It will be my first time racing at the track – I’ve seen it during a test session, but I didn’t get the chance to actually drive it myself. It looks fun – a real old-school rallycross circuit with a lot of gravel and some technical corners.

“It was useful to get some experience of the Fiesta at Höljes earlier this year. It handles slightly differently to the Honda Civic I’m used to driving in America, but it gave me the opportunity to get to grips with it a bit, which means we should be able to hit the ground running at the Estering and I’m confident it will prove to be a strong track for the car.

“Höljes also allowed me to gauge the current level of competition in World Rallycross, which is extremely high – since my previous outing in the World Championship in Sweden back in 2014, the calibre of drivers, teams and cars has increased significantly.

“The goal will be to progress through to the semi-finals, as we did in Sweden. It will be tough to reach the final, I think, but if we have a clean run, it certainly isn’t impossible – so let’s see what we can do.”