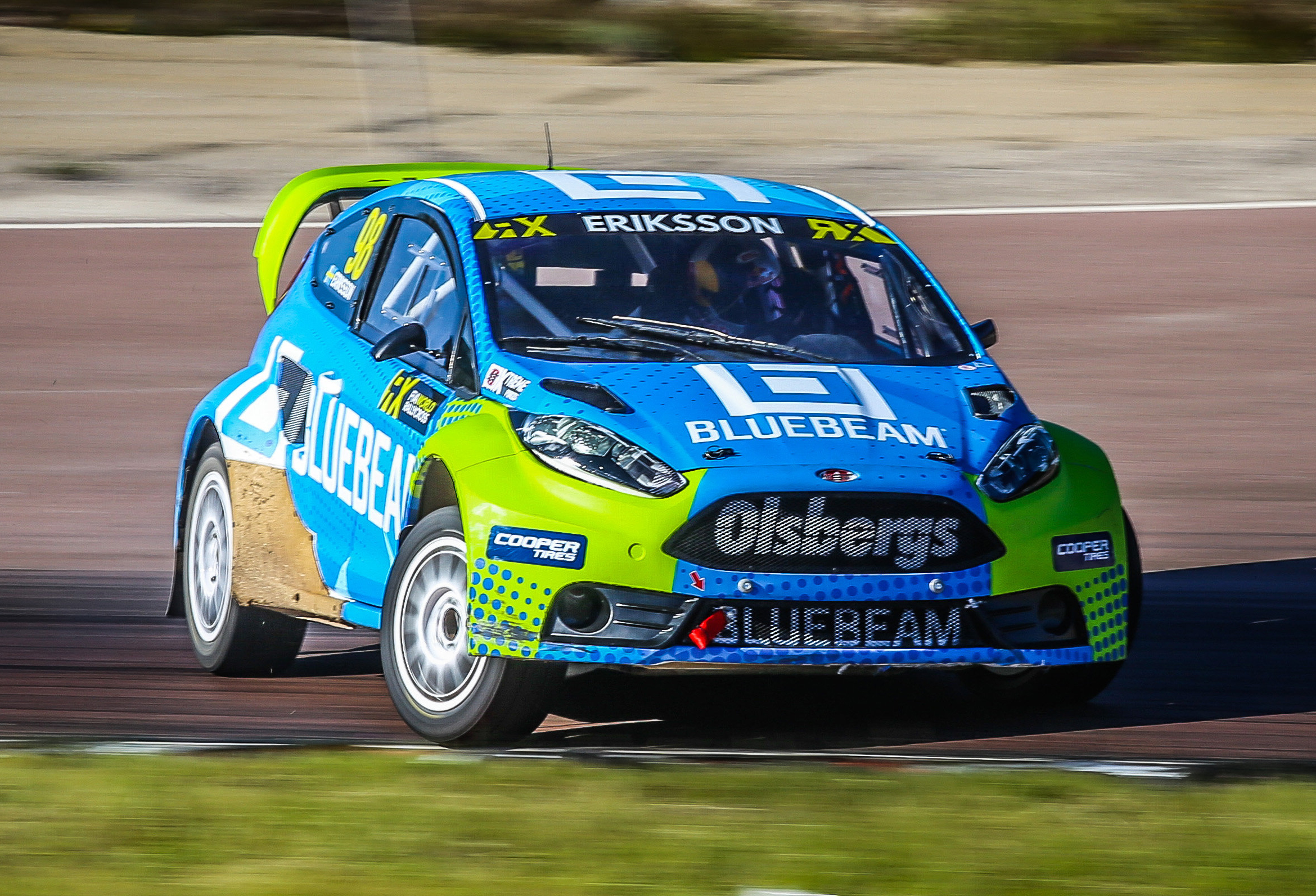 Oliver Eriksson is fired-up to take the fight to his more experienced rivals when he returns to the FIA World Rallycross Championship next month behind the wheel of an Olsbergs MSE-run, Bluebeam-sponsored Ford Fiesta Supercar in South Africa.

After clinching the crown in GRC Lites two years ago, Eriksson stepped up to the Supercar class this season, winding up sixth overall with four top five finishes to his credit in one of OMSE’s three-strong stable of Red Bull-backed Honda Civics.

The promising Swedish teenager also made his World RX debut on home turf at Höljes back in July, placing 17th in the Intermediate Rankings ahead of a number of series regulars. He has now confirmed that he will rejoin the fray for Gumtree World RX of South Africa at Killarney on 11/12 November alongside home hero Ashley Haigh-Smith.

“I can’t wait to get out on-track in Cape Town!” enthused Eriksson, who at just 19, will be the youngest driver in the field in the ‘Mother City’. “I’m hugely excited to be competing on the African continent for the first time, and it will be an honour to sport the striking Bluebeam colours in front of a new audience – I hope I can do everybody proud.

“I’m under no illusions about the difficulty of the challenge ahead – the calibre in World RX is exceptionally high, and to even make it into the semi-finals will be an achievement in itself – but it’s fantastic to have another opportunity to prove my potential on such a major stage.

“The track will be new to just about everybody, and from what I’ve seen, it looks awesome – as, indeed, does the whole weekend. It should be a brilliant event to conclude the season, so let’s get out there and put on a spectacular show!”