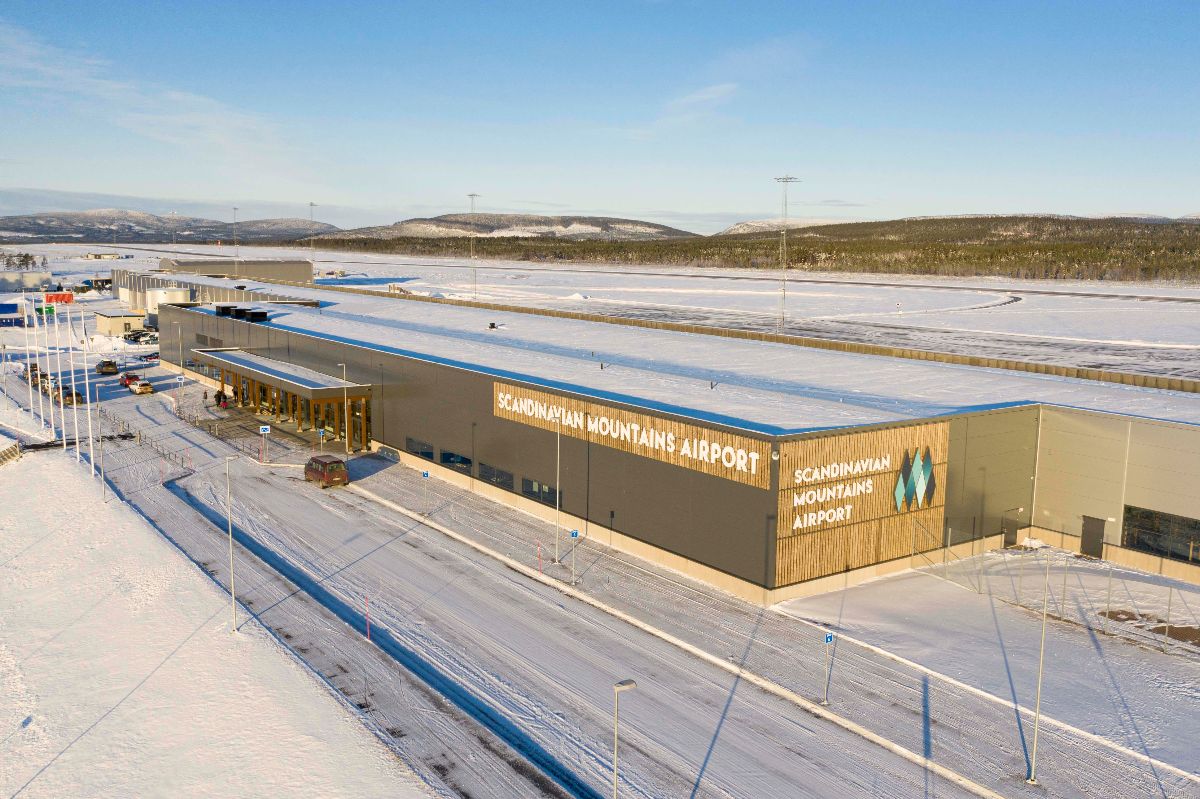 Scandinavian Mountains Airport welcomed its first flight today (December 22nd), with direct SAS flights from London Heathrow starting next Saturday December 28th. With transfers to Sälen, Sweden from just 10 minutes, British skiers can fly in the morning and be out on the slopes after lunch.

The new airport is situated by the Norwegian border in Sweden between SkiStar’s twin resorts of Sälen in Sweden and Trysil, Norway. The closest skiing area in Sälen, which was recently named Sweden’s Best Ski Resort at the prestigious World Ski Awards, is a 10 minute transfer. Popular Trysil, Norway’s biggest ski resort, is only 40 minutes away.

The first flight from London, departing on Saturday December 28th, will bring VIPs and celebrities including Eurovision winner Måns Zelmerlöw and British Winter Olympian Chemmy Alcott to Sälen to see in the New Year on the slopes.

Mathias Lindström, Sales and Marketing Director at SkiStar, says: “The opening of Scandinavian Mountains Airport seals Sälen’s status as truly international resort. We can’t wait to introduce even more visitors to the simple, family-friendly Scandi way of skiing. SkiStar holidays are designed to make life simple for families, with passes, ski hire, SkiStar’s own Valle’s ski school and childcare bookable through skistar.com, and as much to do off the slopes as on them.”