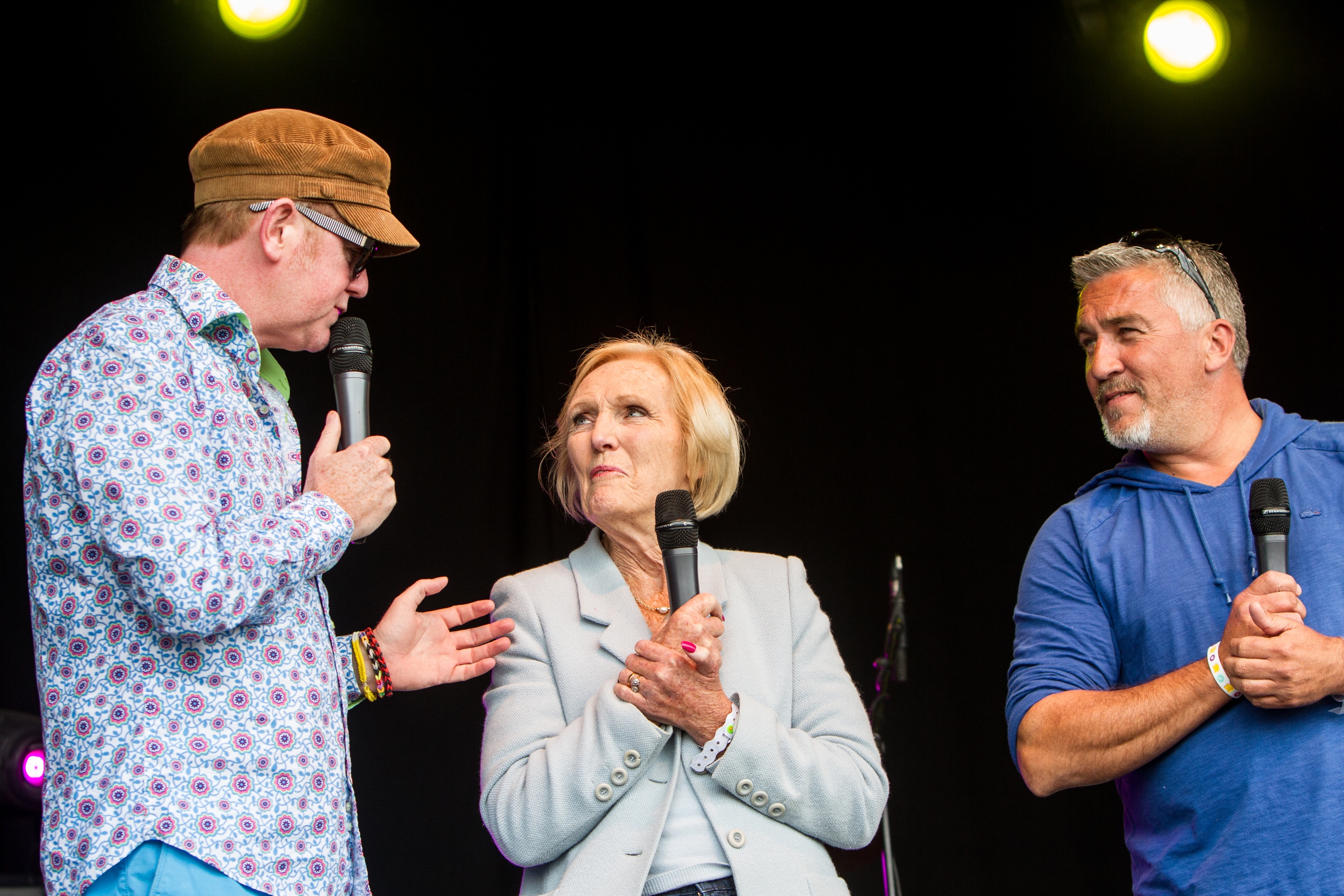 Bringing his infamous judging skills to the competition, Hollywood will be championing an exciting new competition open to all those with weekend tickets for the next of Chris Evans’ family-friendly summer festivals.

The hugely popular master baker is no stranger to CarFest having teamed up with fellow Bake Off presenter Mary Berry to oversee crowd-pleasing Cakes vs Pies showdowns at recent events. Now, however, at Oulton Park, Cheshire the emphasis will switch from sweet to savoury as the great CarFest culinary showdown swaps to Sausage Rolls vs Scotch Eggs. And this time Hollywood will be teaming up with fellow TV chef Tom Kerridge (below bottom right) to crown the ultimate winner.

“It’s become one of the highlights of my year,” admitted Hollywood who has recently qualified as a racing driver and has set his sights on competing in the famous Le Mans 24 Hours. “CarFest is a proper family festival and does such a great job raising so much money for BBC Children in Need.”

Those wanting to be part of the competition  have until midnight on 28 June to enter via the official www.carfest.org website. Three different categories are available: ‘Children for young bakers up to 14-years-old’; ‘Grown-up for enthusiastic amateur bakers’ and ‘Professional for those who make great food for a living’.

From all these entries, a final shortlist of 20 Sausage Roll and 20 Scotch Egg bakers per category will be selected and they will be invited to bring their baked goods for judging at CarFest North. The best of these will then join Hollywood and Kerridge on the Main Stage on Sunday afternoon with the final decision going down to a popular vote from the 20,000-strong crowd.

There are limited tickets still available for the Friday at CarFest North at Oulton Park after the majority were snapped up within minutes of being put on sale during Evans’ award winning Breakfast Show on BBC Radio 2 . However, with a full track show in the afternoon, an  unbelievable line-up of in-field entertainment guaranteed to wow and inspire those of all ages, fantastic festival food plus live music from Primal Scream, Billy Ocean and the Boomtown Rats in the evening, these are expected to sell out fast.

Full details of both 2015 CarFests – including competition rules and entry forms for the new Sausage Rolls vs Scotch Eggs competition at CarFest North – can be found on the official website at www.carfest.org