EXPERIENCE PAYS OFF AT KNOCKHILL 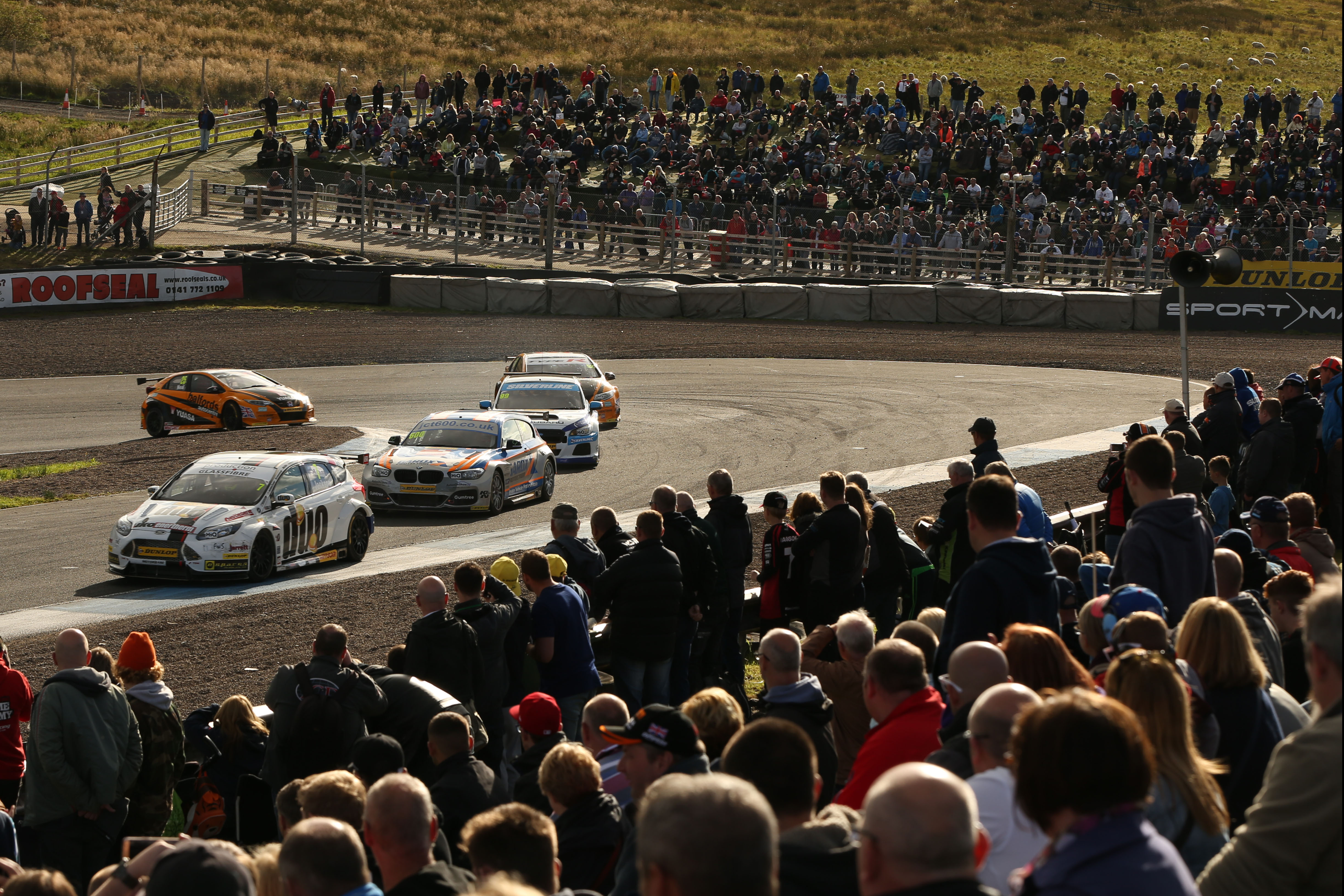 Jason Plato and Matt Neal showed their younger rivals the way with a Dunlop MSA British Touring Car Championship win apiece at Knockhill, before Mat Jackson scored his fourth victory of the season in the final race.

Three top five finishes for Team JCT600 with GardX driver Sam Tordoff was enough for him to extend his advantage at the top of the standings.

Pole-sitter Plato celebrated his 500th BTCC race in style by taking a commanding lights-to-flag success in the opener, becoming the 11th different winner in this incredible season so far.

The Silverline Subaru BMR Racing driver built a strong gap over the first half of the race, before Team IHG Rewards Club’s Jack Goff began reeling him in. Plato’s advantage was then completely eradicated by a safety car period, but he managed the remaining racing laps with consummate ease to claim a staggering 95th career victory. Goff and Colin Turkington completed the podium positions.

Triple champion Neal then clinched a Knockhill classic as the Halfords Yuasa Racing driver stormed through from eighth on the grid to win race two at the Fife track.

Neal gradually made his way up the order while Subaru battled BMW for supremacy at the head of the pack.

Long-time leader Plato began to struggle late on as he backed up the chasing pack behind him. Tordoff and Turkington traded second position on several occasions, but neither could make a move by the defending Plato.

Honda man Neal nipped past both Turkington and fourth placed Goff after the pair made contact on the exit of the final hairpin, and when Plato strategically held up Tordoff again on the penultimate lap Neal eyed his opportunity to blast into the lead.

You could have thrown a blanket over all three cars as they shot across the line to start the final lap, and when the dust settled it was Neal from Tordoff and Plato taking the podium positions.

Jackson produced his own memorable defensive drive in the final encounter, as the Motorbase Performance driver fended off a gaggle of cars to claim his fourth win of the season.

It was status quo in the opening laps as initially, Jackson led the squabbling duo of Rob Collard and Turkington. That scrap spilled over on lap eight as Turkington’s Subaru tapped Collard’s BMW into a lurid slide. Further contact ensued as the damaged Team JCT600 with GardX car straightened out, and both cars were fired onto the grass and out of contention.

This brought Tordoff, Plato and home hero Gordon Shedden into play as Ford battled BMW, Subaru and Honda. The quartet remained inseparable throughout the remainder of the race, but any attempts to make a pass were always quickly rebuffed.

The leaders were covered by just 1.2 seconds as the chequered flag fell, with Jackson celebrating the win ahead of Tordoff and Plato.

In a day that was largely dominated by the aforementioned marques there was still a top six finish for the Toyotas of Tom Ingram and Rob Austin, whilst the other Motorbase Ford of Andrew Jordan took a best of sixth in race one.

The fallout from a frenetic day of action sees Tordoff now leading Neal by nine points in the race for the championship. Collard, Shedden, Jackson and Plato also remain in close contention.

WSR/Team JCT600 with GardX top both the Manufacturers’ and Teams’ standings, whilst Jordan/Motorbase head the respective Independent Drivers’ and Teams’ tables.

The entire BTCC community, including all 31 drivers, paid their respects to inaugural champion Jack Sears, who passed away last week, with a minutes silence prior to Sunday’s action.

Jason Plato said: “Before this weekend I wasn’t getting caught up in any of the numbers. You cast your mind back to where it all started – struggling in single seaters with no money, and doorstepping Sir Frank Williams. Five hundred races later and we’re still winning. Whilst we all wanted to get that first win for Subaru, did it matter too much to me? It was just great to see the cars winning come what may. In the car, I was obviously disappointed! The ball was just yet to roll my way.”

Matt Neal said: “I don’t know what to say. I thought we’d have a chance one minute, then I thought we’d have absolutely no chance the next. We got bottled up behind Andy Jordan early on but once we got past it was different. I got up behind Jason (Plato) and he was dicing with Sam (Tordoff), then he really seemed to struggle with tyres. That gave me the opportunity to pounce. Sam’s been fast all weekend. When he cleared Jason, I thought that would be it. Our car was monstrous though right through to the end.”

Mat Jackson said: “That was mega! He wasn’t going to get that win off me! I was determined it would be ours. A rear-wheel drive car around Knockhill is hard to beat so when I saw Rob (Collard) go out, I thought ‘great’. Then young Sam (Tordoff) came at us but I managed to hold him off. It was fantastic really. He wasn’t going to get past me! It was a tough battle. We had the legs in sector one but he was quicker with traction through the back straight, Clarke and out of the hairpin. He drove a good race and fair play to him for the way he went about it.”

Sam Tordoff said: “We made a few tweaks to the car after race one and it was a different beast. Jason (Plato) started to struggle with his tyres and it gave me the chance. I was right with him until Matt Neal made his move and then I followed him through at the hairpin – he stuck his nose in where it hurts. There’s a long way to go in the championship so we’re not thinking about the future and we’re not too worried about the long term right now. We keep scoring points and what will be will be. I couldn’t find a way past Mat (Jackson) in race two. We’ll take it though, two seconds and a fifth. Consistency – that’s what championships are made of. It was a good weekend’s points. We’re fast, the car’s good and we’re good on weight. I’m feeling strong but there’s a long way to go.”