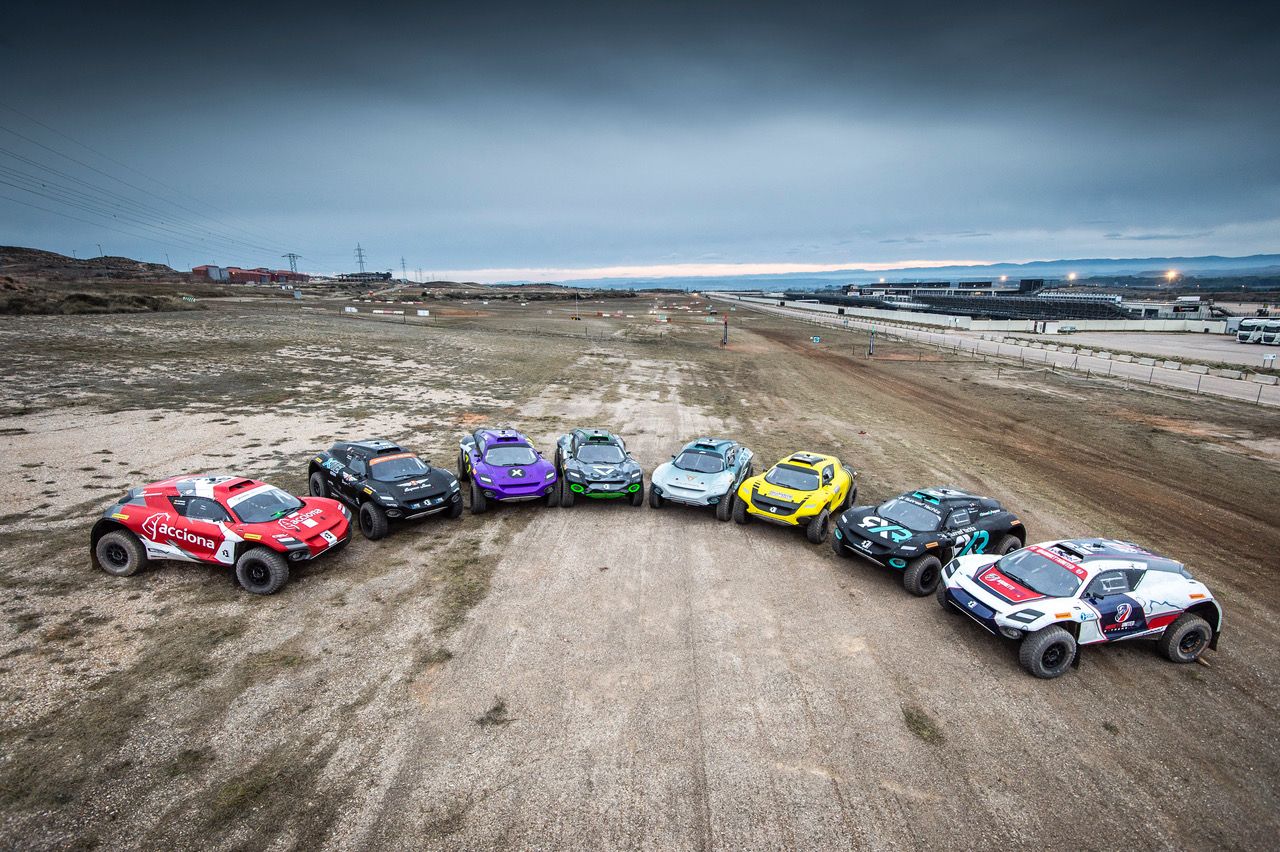 Extreme E, the innovative new electric off-road series, has completed its first group test at MotorLand Aragón, Spain, with many of the world’s biggest names in rally and off-road racing joining together.

It was also the first chance the drivers had to feel the full potential of the championship’s 400kW (550bhp) ODYSSEY 21 electric SUV as the first X Prix in Saudi Arabia, March 2021, draws ever closer.

Alejandro Agag, Founder and CEO of Extreme E, said: “We’ve been working towards this day for over two years. The dream is finally becoming a reality and it’s certainly been a proud moment to see such a talented group of drivers all together. This championship has one of the strongest line-ups of drivers anywhere on the planet.”

“Testing has been a huge success and a great way to end out what has been a challenging year in so many ways. 2021 is set to be the year where the world can see the realisation of all our hard work and I cannot wait to show-off one of the most innovative motorsport formats the world has ever seen.”

The teams completed two days of testing across two off-road circuit layouts; a 3.1km open course and a faster 1km circuit, getting to prove their abilities despite having to contend with foggy conditions and low visibility at times.

Scot Elkins, Race Director at Extreme E, said: “We battled the weather a little bit as we had strange conditions with the fog, but overall it’s been really really good. The cars have been really reliable and it’s exciting to see them running at full power and seeing the drivers all getting a chance to try out the new machinery.  We’ve achieved exactly what we wanted to.

“We have used two courses during the test, the first was much longer and much more open,  it’s actually more suited to what we’ll see on the real events in terms of having the course laid out by markers and typical designations, whereas the other course was more of a closed course; it’s a single material so it’s just dirt as opposed to the other, which has some different materials to deal with on the races. The test has given everybody a good opportunity to see the different environments that we’re going to be racing in next year.”

The ODYSSEY 21 will be pushed to its limits on some of the toughest terrains during the 2021 race season, including the desert, the Arctic, and the Amazon, and Extreme E’s Founding Partner, Continental Tyres, has worked hard to create a tyre to meet this multitude of demands.

The test was an important opportunity to showcase a new innovation that will be part of the series – ContiConnect – a digital tyre monitoring system meaning greater safety for car and driver. The system collects, measures and analyses data such as tyre pressure and temperature in real time, transmitting that information to the driver on a display in the cockpit.

Founding Supplier CBMM, the world’s leading supplier of niobium products and technology, has also been integral in developing the ODYSSEY 21, which utilises niobium, making it lighter, stronger, more robust and more reliable. This is all while being more sustainable than other materials, as the increased lightness breeds energy savings and improved performance, and the added strength and durability afforded by niobium technology will assist the Extreme E chassis in dealing with the toughest challenges thrown its way.

F1 driver Carlos Sainz Jr, an investor in the ACCIONA | Sainz XE team, also joined the test to get his first taste of the electric vehicle his team will be competing in.

Carlos Sainz Jr said: “I kind of expected my father to want to be involved in Extreme E and I saw him taking an interest, so we’ve been very busy the last three to four months with the project. It’s a whole new challenge and I see that they are working very hard to make the team as competitive as possible. The climate message behind Extreme E is really important as we need to make people more conscious of what’s going on in the world, while still producing a show and good racing.”

Following the test, cars will go back to the respective teams’ workshops for final adjustments before being loaded onto the championship’s floating centrepiece, St. Helena, which will depart in mid-February for its voyage around the world. Extreme E’s five-event calendar starts in Saudi Arabia in March followed by Senegal in May, Greenland in August, Brazil in October and Patagonia in December.