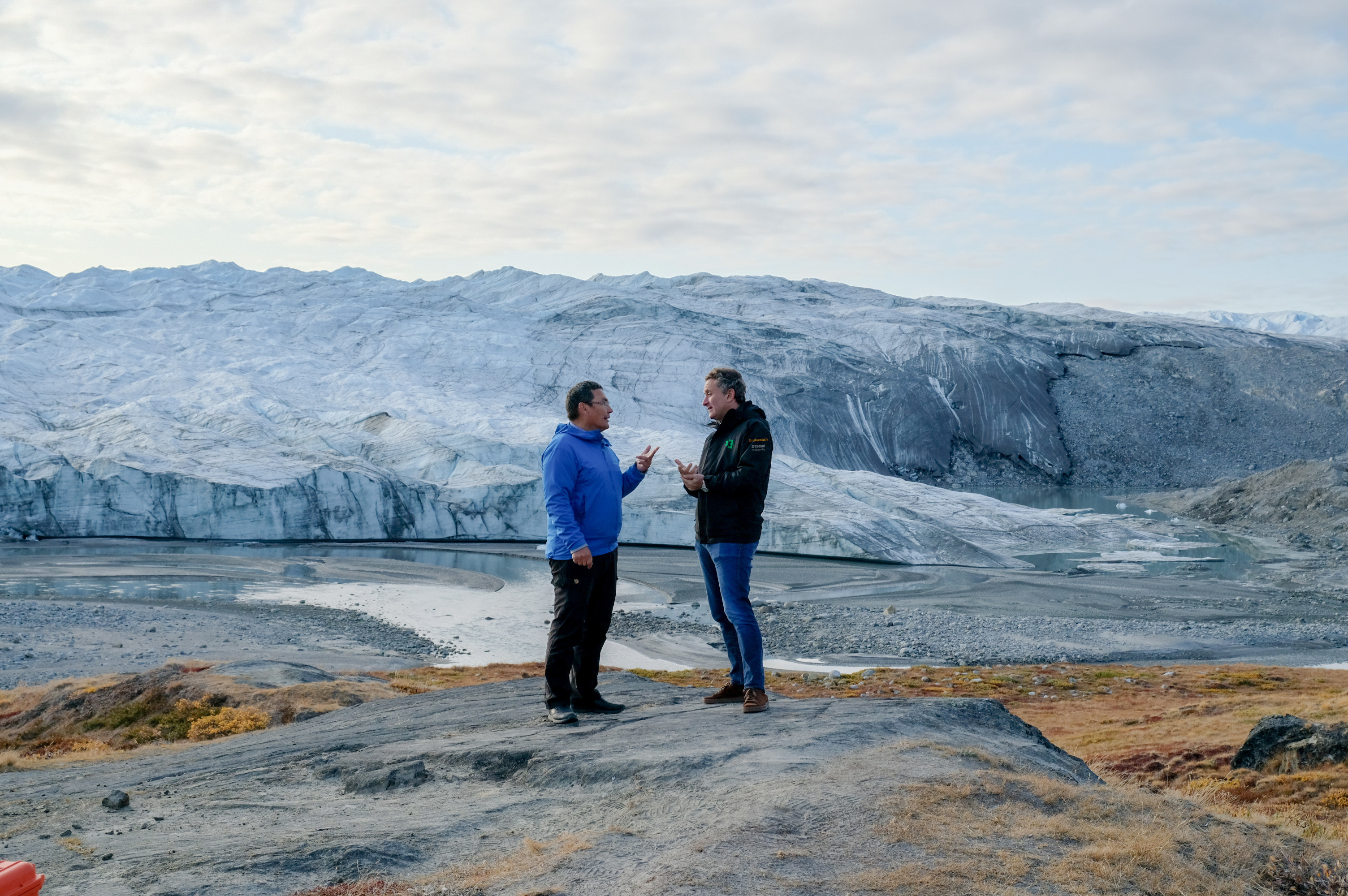 Extreme E, the pioneering electric off-road racing series, today revealed its first race location, confirming that Greenland will host the Arctic round of the championship when season one gets underway in 2021.

The news, which will see Extreme E make history as the first-ever motorsport series to hold an event in the country, was revealed near Kangerlussuaq, West Greenland, by Alejandro Agag, Founder of Extreme E, together with Jess Svane, Greenland’s Minister for Industry, Energy and Research.

Speaking at the race site next to Russell Glacier, Alejandro Agag said: “I am incredibly excited to be bringing Extreme E’s unique electric racing format to the front line of the global climate emergency here in Greenland. I promised Extreme E would break the mould in motorsport and this really proves I meant it.

“As well as being a serious motor racing series, Extreme E has a strong sporting purpose to promote the adoption of electric mobility in the fight to lower global emission levels, an issue we can no longer ignore, especially here in Greenland.

“Together with Greenland’s government, backed by climate experts from Cambridge University, we will create a sensational sporting competition with the most incredible natural backdrop, which, crucially, will double as a catalyst for positive awareness, education, and scientific research, aiming to leave only positive impact behind when we depart.”

A first of its kind in motorsport, Extreme E will see electric SUVs race head-to-head in five remote environments in a mission to use the power of sport to shine a global spotlight on the biggest climate threats facing our planet.

In addition to confirming Greenland, which is experiencing unprecedented effects of global warming, four further locations, which have already been damaged by climate change or human interference, are being scouted in the Himalayas, Desert, Rainforest and an Indian Ocean Island. Issues affecting these locations include deforestation, rising sea levels, melting glacier ice, desertification, and plastic pollution.

Jess Svane, Greenland’s Minister for Industry, Energy and Research, said: “I am very happy that Extreme E will take place in Greenland in 2021. This shows that Greenland is not only a beautiful travel destination sought out by lovers of nature, adventure seekers and wildlife explores, it is also a place with a bright future in business development.”

Jess Svane further adds: “We are also very pleased with Extreme E’s vision to highlight climate change. This correlates perfect with our own green agenda. Greenland is a green country and today around 70 per cent of all public energy supply is from renewable energy resources and we are firmly committed to increase this further in the years to come.”

Race organisers will ensure that thorough environmental, social and governance assessments are carried out in each location with a local third party to safeguard environmental protection, social inclusivity and fair political practices.

Professor Peter Wadhams, of the Department of Applied Mathematics and Theoretical Physics (DAMTP) at Cambridge University, is a world leading authority on ice melt who has led 55 Arctic expeditions. He joined and advised race organisers during their recent recce.

Professor Wadhams explains: “As soon as I heard the idea for Extreme E, I was very excited. Transport is responsible for 30 per cent of the use of fossil fuels, which are the main cause of global warming, so Extreme E’s overall principle of encouraging electric vehicle use, is very important to our planet’s future.

“On 1 August, which was one of the days that I was in Greenland with the race team, the ice cap lost 12.5 billion tonnes of ice, a new daily record loss. If you consider what that level of daily loss does to global sea levels, it’s very scary indeed. It really is a crisis – this is happening now, today, and we need to act fast to have any chance of slowing it down.”

Peter adds: “The site we have found here in Greenland is ideal. It is a sandbar, made of rockflour that has naturally been transported off the glacier over years. Racing over that area won’t have a harmful effect on the environment, but the potential awareness and education that could be generated through the powerful sporting platform will be enormous.”

Races will take place over three days, within an area no larger than 10km2. Track designers have been tasked with carefully selecting course options, which provide the most challenging, exciting racing action whilst crucially generating no negative impact from either environmental or social perspectives.Routes will be designed to incorporate existing obstacles and features with elevation changes and jumps without the need to adapt the environment.

Additionally, organisers are in the early stages of development for plans to track and monitor teams’ emission levels in each location, with sporting and financial incentives being considered for those which achieve the lowest overall outputs.

Season 1 is set to get underway in early 2021. Greenland is the first of the five race locations to be confirmed, with recces currently taking place in other regions and further announcements to be made over the coming months.