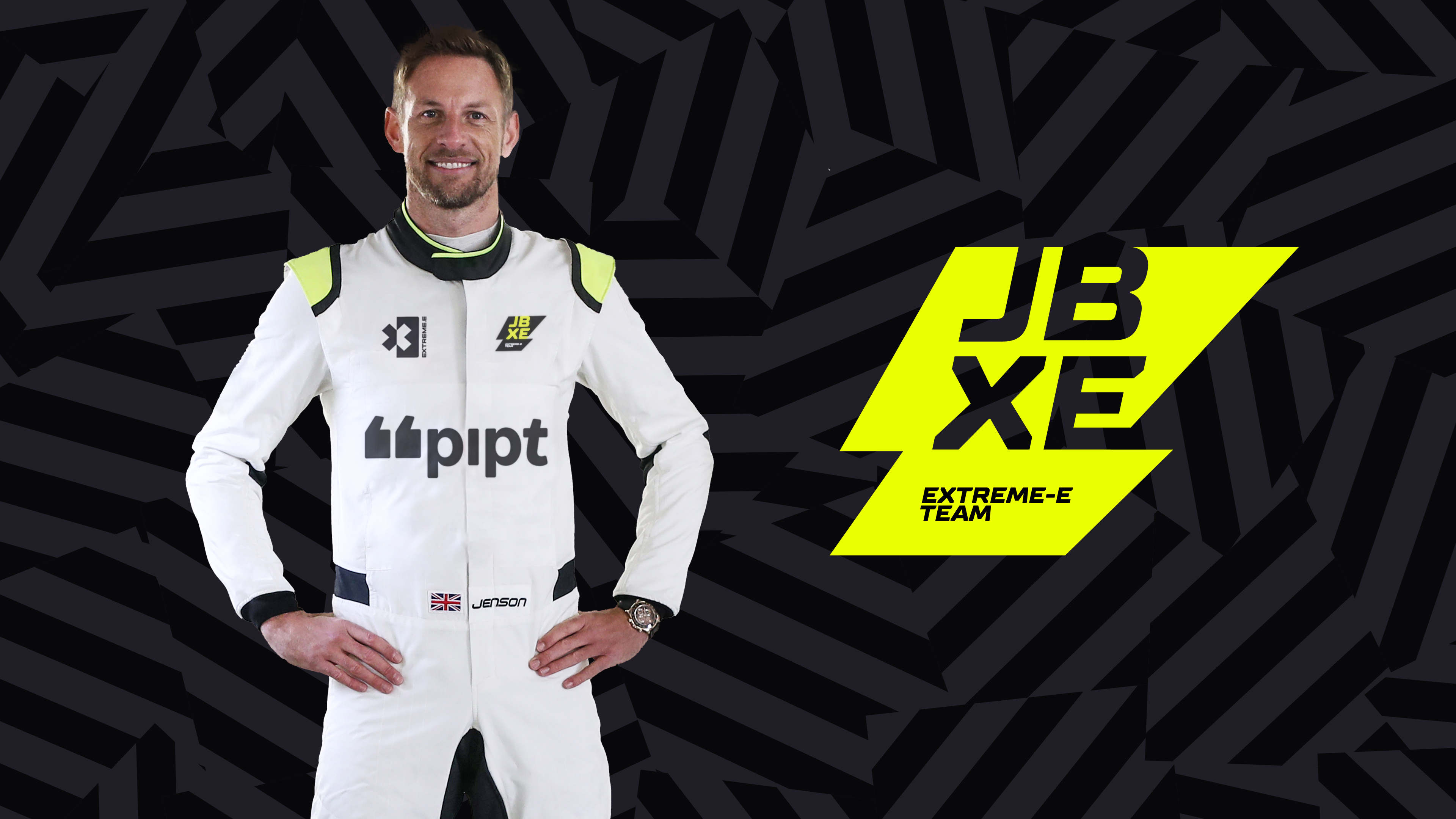 Extreme E today welcomes its third Formula One World Champion to the series in the shape of Jenson Button, who will not only own a team – JBXE – but will also be one of the team’s two drivers.

Arguably Button’s biggest move since leaving Formula One in 2017, his entry to Extreme E signifies his latest venture in the world of motorsport. Over the past three years, the Briton has successfully tried his hand at many other disciplines and championships including the FIA World Endurance Championship, the Le Mans 24 Hours, British GT and Super GT, which he won with Team Kunimitsu in 2018.

While much of his racing career has been spent on the smooth asphalt of the race track, Button has always had a passion for off-road racing. His late father, John Button, was a leading rallycross driver in the 1970s and ‘80s, claiming the runner-up spot in both the British Rallycross Championship and Lydden Hill Rallycross Championship in 1976.

Always a driver looking to explore different racing challenges, Button first experienced off-road racing himself in 2019 while contesting the Baja 1000, one of the most gruelling races of all time, where competitors take on the Baja California Peninsula and its tough terrain and extreme heat.

Alejandro Agag, Founder and CEO of Extreme E said: “I’m thrilled to welcome another major name in the world of motorsport in Jenson Button. He is one of the most popular drivers in the business and Extreme E will give him the opportunity to live out one of his long-held passions, to compete at the highest level in off-road racing.

“Jenson, alongside his peers, will give further weight to our mission to raise awareness of the global climate crisis, while doing what we love – racing. It’s going to be fantastic to see the biggest names in motorsport on the starting line in Saudi Arabia in April – it is set to be an incredible form of entertainment, but with a strong and purposeful message around our planet.”

Extreme E, starting April 2021, will see electric SUVs competing in extreme environments around the world which have already been damaged or affected by climate and environmental issues. The five-race global voyage highlights the impact of climate change and human interference in some of the world’s most remote locations and promotes the adoption of electric vehicles in the quest for a lower carbon future for the planet.

Jenson Button, Founder of JBXE, said: “JBXE has been a long time coming and I’m both delighted and proud to announce its formation and entry into the inaugural Extreme E Championship. I caught the off-road bug a few years back which led to me entering my own team in a few races including the Mint 400 and even the Baja 1000 and I absolutely loved it! It was around the same time I first heard about the plans for Extreme E which I’ve followed with great interest and what Alejandro Agag, Ali Russell and the team have managed to create is nothing short of incredible, and thanks to them and our partners Apater Capital and Pipt we get to be a part of it.

“In Extreme E they’ve created a product that will offer first class racing and entertainment to the fans, but also serves to highlight the impact of climate change. Whilst we will of course compete to win on track, as a collective we will also work to maximise awareness whilst racing in places that have been damaged or affected by climate change over the years. Alongside the awareness piece, Extreme E themselves are committing legacy initiatives at each destination which help protect already damaged ecosystems impacted by climate change.

“On track I’m delighted to say there are some world class opponents to go wheel-to-wheel with and Extreme E is a world-first which sees true equality with male and female drivers both as teammates and as opponents out on track.

“On that note I still have the exciting task of appointing and announcing my co-driver which will take place in the coming weeks and then all focus will turn to the opening race in Saudi Arabia.”