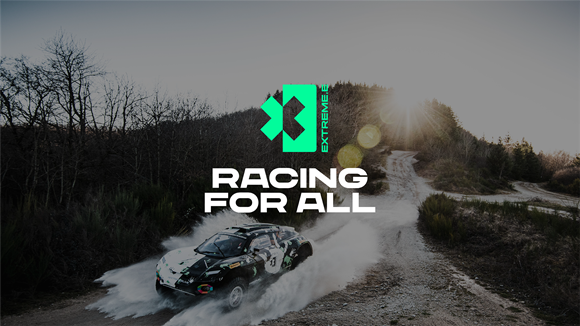 Extreme E is pleased to announce the launch of its new Racing for All initiative, informed by the findings of The Hamilton Commission, which will create opportunities for a new generation of mechanical and engineering talent to join the world’s most radical off-road electric racing series.

Through The Hamilton Commission’s report – Accelerating Change: Improving Representation of Black People in UK Motorsport – which was published last year, and programmes such as the FIA’s Girls on Track programme, Extreme E is aware of the substantial barriers of opportunity and bias that exist throughout the motorsport talent pipeline, from primary school age to those already in the industry. Identifying an opportunity to have real impact, the series has been working with some of those behind these initiatives, including Extreme E team owner Sir Lewis Hamilton, to develop an action-based programme that will have a tangible effect on addressing some of those barriers.

Extreme E teams are limited to just five mechanics or engineers each to help reduce overall attendance numbers across the Championship, but the Racing for All initiative provides an additional position for a sixth member to join each team to gain hands-on experience. This position is open to those with less than one year’s professional motorsport experience, to enable them to learn exactly what it takes to be part of a professional race team, providing a first step on the career ladder in a very competitive industry.

As a sport for purpose series which seeks to accelerate cultural and behavioural change, Racing for All supports the founding ethos of Extreme E, which is inspire positive action. The programme aims to reduce barriers and attract those who might not otherwise be able to have this opportunity, with particularly those who are female, minority ethnic, or from a lower socio-economic background, encouraged to apply. Extreme E is working with consultants from EqualEngineers in their goal to educate its teams on inclusive recruitment processes which ensure all applicants are welcome and considered.

Lewis Hamilton, Seven-Time Formula 1TM World Champion and Team Owner of Extreme E Team X44, said: “We know from the findings of The Hamilton Commission that our industry is a tough place to break into, particularly for those from underrepresented backgrounds, which is why it’s so important that the Racing for All programme will be creating genuine opportunities for the next generation.

“When I first discussed the idea of creating a programme with Alejandro and the Extreme E team, we all agreed that it had to be something which led to real change, and I believe Racing for All does just that. I’m so excited to see this program adopted across the paddock, and I can’t wait to see what the first group of Racing for All candidates goes on to achieve.”

Alejandro Agag, Founder and CEO of Extreme E, said: “We are delighted to launch the Racing for All initiative. We are fully supportive of the findings of The Hamilton Commission and are working with our teams to provide a clear path for the brilliant engineers and mechanics of the future, who may not so readily have the opportunities to succeed.

“Our goal is for Racing for All to instil an inclusive mindset and a wider recruitment pipeline which enables the next generation of race mechanics and engineers to reach the highest levels of motorsport, regardless of factors such as race, gender or social economic status, and reduce the barriers which exist for certain communities.”

Extreme E has been working with its teams, who, with support from the series, will ultimately select and manage their own candidates and integrate them into their team set ups. The Racing for All team member opportunity is open now, with the majority of the paddock indicating that they are actively starting their hiring processes ahead of Season 3.

In July 2020, Sir Lewis Hamilton launched The Hamilton Commission, alongside the Royal Academy of Engineering (RAE), to research and understand why underrepresentation persists within the UK motorsport industry and look for ways to address this lack of representation.The final report provided ten recommendations that the Commission believe will help to improve the representation of Black people in UK motorsport, which was based around three key strands of action – Support and Empowerment, Accountability and Measurement, and Inspiration and Engagement.

The Commission has called on all in leadership roles across motorsport to take personal responsibility for driving measurable progress on diversity and inclusion, to provide equity of access and experience for all underrepresented groups, and as an enabler of organisational success.

Dr Mark McBride-Wright CEng, Founder and CEO of EqualEngineers, said: “Extreme E presents a fantastic opportunity for the engineering sector to help encourage individuals from underrepresented backgrounds who will lead future changes in technological innovation, and also themselves become our future leaders.

“Extreme E is looking to break the boundaries of traditional motorsports, and that is something which we fully support. We welcome the action-focused mindset and we look forward to supporting them and their teams as the championship develops.”

As a sport designed with purpose at its heart, Extreme E seeks to inspire and empower all individuals, from all backgrounds, to be a part of motorsport, providing equal opportunity between genders and across cultures. This includes encouraging diversity in the teams and drivers, aiming to remove inequality and barriers to access that diverse communities face in motorsport.

Nico Rosberg, 2016 Formula 1TM World Champion Team Owner of Rosberg X Racing, said: “Extreme E’s commitment to environmental and social matters was the main draw for us to join the series and I am excited to see another progressive initiative come to fruition, aiming at removing barriers to motorsport. It is a sport that lives from different experiences, backgrounds, views and skills, so we all benefit from welcoming more diverse talent into our team.”

Jenson Button, 2009 Formula 1TM World Champion and Team Owner of Extreme E Team JBXE, said: “With all my years in motorsport, I’ve seen first-hand just how vital the push for equality in motorsport and engineering is so it is encouraging to see Extreme E making this issue such a priority. Everyone, no matter what their gender, race, or background, should be able to get involved, and Racing for All will be huge step towards making this the norm.”

Extreme E has already seized the initiative in integrating the next generation of young talent into its paddock, with a focus on STEM subjects and engineering. During the recent NEOM Island X Prix double-header in Sardinia, Extreme E worked with McLaren Racing to recruit four female Student Ambassadors to its Championship team.

Leena Gade, Senior Principal Race Engineer at NEOM McLaren XE Team (on secondment from Multimatic), added: “I am delighted that Extreme E is doing their bit to help widen opportunities to people from underrepresented backgrounds in motorsport. Diversity is so important to bring together different ideas and perspectives to help us innovate and be better at what we do.

“Racing for All will give these young people vital experience and exposure, setting them up for their futures. Everyone at McLaren Racing cannot wait to see the impact this has on the series and the wider industry.”

Applicants who would like to apply to take part in the Racing for All programme should visit: https://www.extreme-e.com/en/racing-for-all and fill in their details.