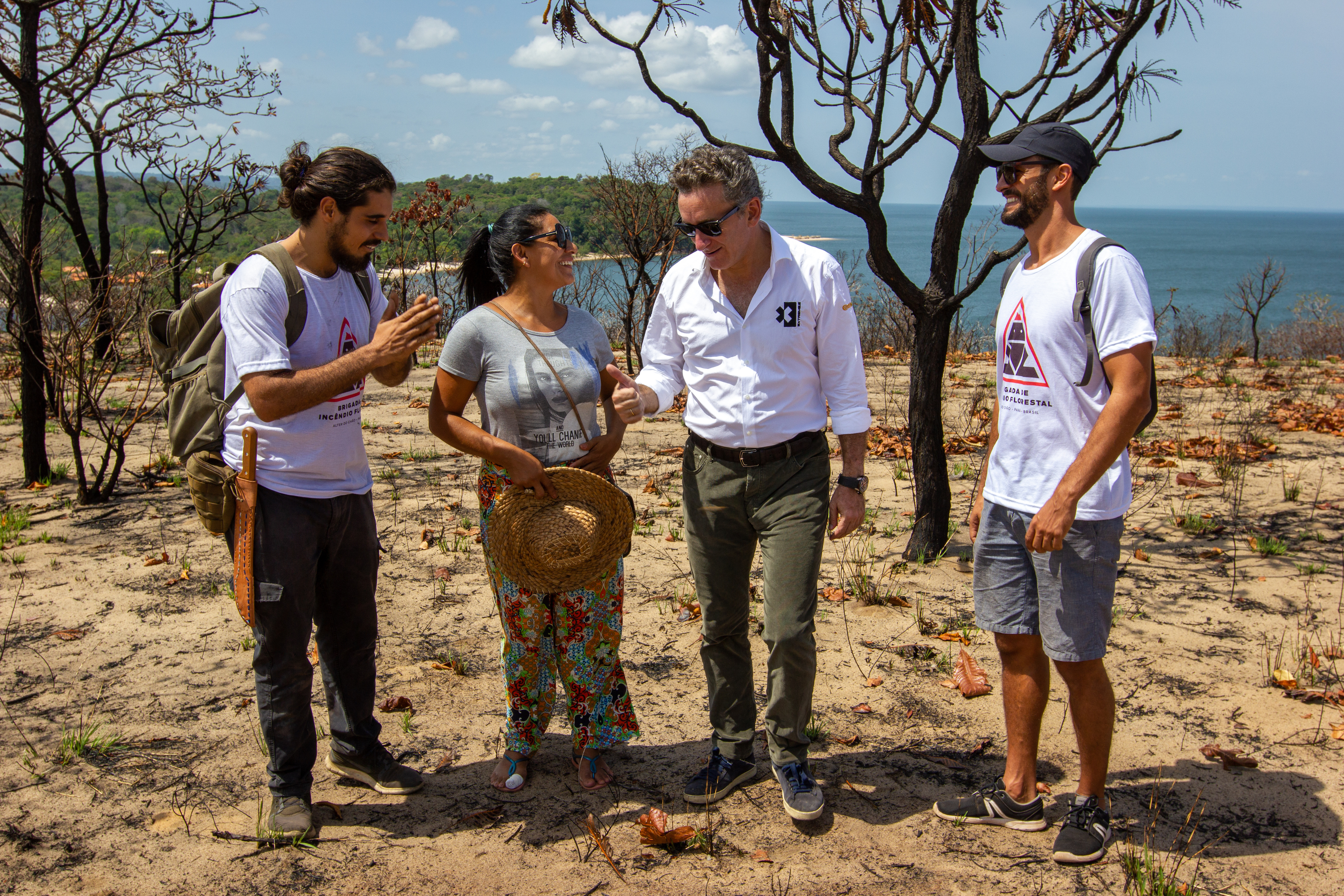 Extreme E, the pioneering electric off-road racing series, has today revealed that a damaged region in the Brazilian state of Pará will host the Amazon rainforest round when Season 1 gets underway in 2021.

Speaking from a location near Santarém, the region in which the race will take place and where he was joined by members of the Santarém 4 Firefighter Battalion, Alejandro Agag, founder and CEO of Extreme E, said: “I am delighted that we will be heading to the Amazon in Season 1.

“Extreme E aims to use its position as a world-class, revolutionary sport as a tool to shine a spotlight on the problems facing our planet and its unique ecosystems – and there are few more relevant locations in that regard than the Amazon.

“A number of issues affect the long-term health of the rainforest here, with deforestation and wildfires among the most topical, and pressing, at this moment in time. I was actually in this precise location just one month ago where we saw pristine forests, which have now been decimated by fire – which has personally brought home the shocking extent of the situation facing the Amazon.

”Our race will take place in the region of Santarém in the state of Pará, which has already been deforested and severely impacted by fire damage. Our goal is to provide support, not only to dedicated professional firefighters but also the local residents, who lack off-road vehicles, specialist equipment and training as they strive to control the situation and protect their land.

“With the support of independent experts who know the region and its pressures inside-out, we will bring a sport for purpose to the Amazon; heightening awareness, and leaving behind a positive legacy which supports the region’s on-going environmental protection efforts.

“In the Amazon, these efforts will involve planting and protecting an area the same size as the race location, every year of the championship. Extreme E will also support the firefighters working in the region to ensure they have the training and equipment necessary to safely and effectively continue to perform the amazing work they are already doing. We also plan to open up a worldwide system, to invite motorsport fans to contribute to additional replanting efforts and support our legacy programme.”

“As firefighters here, we have two distinct jobs to do,” added Major Celso Piquet of the Santarém 4 Firefighter Battalion [pictured above to the right of Alejandro Agag]. “Every year during this period we experience fires in this area, and then in less than two months’ time, the rains will come, so we need to be experts in flood defence too and capable of effectively dealing with both scenarios.

“It’s really important that we have a building and all the equipment in Santarém to respond to such situations, and that we establish a firefighting centre closer to the forests. With the help of Extreme E, that is something we hope to achieve moving forward.”

A first of its kind in motorsport, Extreme E will see electric SUVs compete in remote environments which have already been damaged or affected by climate and environmental issues. The five-race global voyage highlights the impact of climate change and human interference and promotes the adoption of electric vehicles to help protect the planet.

The Amazon rainforest is the second location to be confirmed, following the recent announcement that Greenland will host the series’ Arctic round. Three further events are being scouted in the Himalayas, desert, and a coastal ocean location, where issues faced include deforestation, rising sea levels, melting glaciers, desertification, and plastic pollution.

Race weekends will take place over three days, within an area no larger than 10 km2. Track designers have been tasked with carefully selecting course options, which provide the most challenging, exciting racing action whilst crucially generating no negative impact from either environmental or social perspectives. Routes will be designed to incorporate existing obstacles and features with elevation changes and jumps, without the need to adapt the environment.

As well as using sport to shine a global spotlight on climate issues in its five locations, Extreme E will work alongside local experts in each region to implement positive legacy initiatives dependent on local needs.

Restoration of an ecosystem like the Amazon is a long-term and intricate process. Local specialists will help to ensure thorough environmental, social and governance assessments are carried out to contribute to the full re-establishment of the forest functions and its biodiversity.

Francisco Oliveira is a leading Brazilian conservation expert with over 20 years’ experience working on Amazon issues. Formerly the Director of Policies to combat deforestation at the Brazilian Ministry of Environment (2012-2015), he recently completed a PhD on Amazon conservation in the Department of Geography at the University of Cambridge.

Francisco comments: “Tropical forest loss presents one of the greatest global challenges of our time and Brazil is at the centre of this challenge. The issues facing the Amazon are well documented and it is now time to concentrate on the solutions that can balance forest conservation and the sustainable development of the region.

“I was intrigued when I first heard about Extreme E’s plans to use sport as a vehicle for climate action in the Amazon. This century needs to become the generation for ecosystem restoration, and I believe this electric race series offers an innovative way to build awareness amongst new audiences and inspire positive action for the protection and future health of the Amazon, and the planet.

“I look forward to assisting the Extreme E organisers and will provide advice to ensure the series’ conservation goals are supported in a responsible and effective manner.”

Carlos Souza is a Senior Associate Researcher at Imazon, the Brazilian non-profit research institution which monitors forest changes and promotes sustainable development in the Amazon through scientific studies.

Carlos comments: “A recent poll showed that 96 percent of people in Brazil really want the government to do something about the Amazon crisis. Brazilians care about the environment, but we still need to bring more international attention to the problem, so that together we can find the right solutions.

“The Extreme E electric racing series offers an extraordinary opportunity for the world to learn more about this natural paradise here in Santarém, and the unique culture of Pará, whilst also supporting local conservation solutions in the Amazon. We look forward to working with Alejandro and his team to support this important initiative.”

Extreme E recently became a committed signatory of the United Nations Sport for Cimate Change Framework, which calls on sporting organisations to acknowledge the contribution of the sports sector to climate change and their responsibility to embed sustainability into all aspects of their operations and messages.

Additionally, race organisers are developing plans to track and monitor teams’ water, waste and emissions in each race location, with sporting and financial incentives being considered for those that achieve the lowest overall outputs.

Season 1 is set to get underway in February 2021, with four teams already confirmed to take part – Venturi, ABT Sportsline, HWA AG and Veloce Racing. Further announcements on teams, locations and drivers will be made over the coming months.