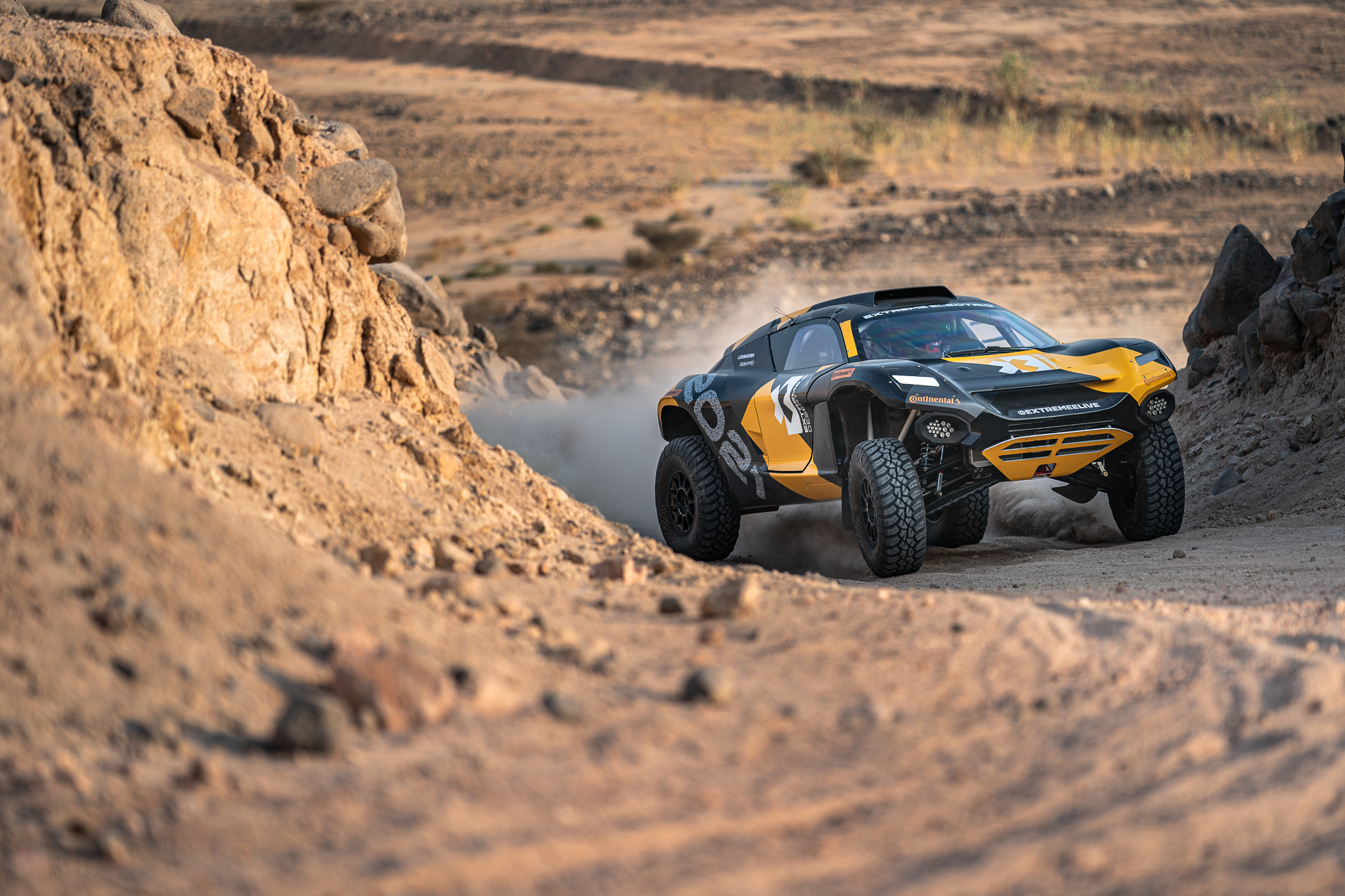 Extreme E’s very first race weekend, the Desert X Prix, kicks off in AlUla, Saudi Arabia in just two days, and the bumper field of teams and drivers are all set for an epic adventure ahead.

Alejandro Agag, Founder and CEO of Extreme E said: “The time has come to go racing and I can’t explain how proud and excited I am. A huge amount of hard work under unprecedented circumstances has gone on behind the scenes to get this revolutionary racing series together and I can’t wait to see some of the biggest names in motorsport go head-to-head in just a few days.

“But Extreme E isn’t just a race for a trophy, it is about something much bigger, the race for our planet is real and there is no finish line in sight. Through the power of sport, we look forward to highlighting some of the environmental challenges the world is facing, and the solutions we can all take.”

Nine teams will compete wheel-to-wheel in an innovative format likened to ‘Star Wars pod racing meets Dakar Rally’. Designed to put driver performance firmly in focus, Extreme E X Prix weekends feature the precision and pressure of time trial qualifications on Saturday 3 April, and short, sharp wheel-to-wheel racing action on Sunday 4 April, where skills will be tested to the limits and races will come right down to the wire.

Every race will incorporate two laps over a total distance of approximately 18 kilometres. In a motorsport world-first, teams will field one male and one female driver, promoting gender equality and a level playing field amongst competitors. The teams will determine which driver goes first to best suit their strategy and driver order selections are made confidentially, with competitors kept in the dark as to other teams’ choices until the last possible moment. Contests between males and females will therefore be ensured.

The Desert X Prix Final features the two winners from the Semi-Final and the Winner of the Crazy Race.

The teams will be represented in the cockpit by some of the world’s biggest names in motorsport as follows:

Each of the teams’ two drivers – one male and one female – will complete a lap before the ‘Switch’, and teams can choose which driver goes first. The course itself measures 18 kilometres and is centred around three canyons in the vast desert which surrounds AlUla. Further details to follow.

Fans can get involved too via GridPlay, which puts the starting line-up for the Desert X Prix Final in their hands. From 31 March until 60 minutes after the the start of the Crazy Race on Sunday 4 April, fans will be able to vote twice per day via the Extreme E website and on Twitter using #GridPlay #DriverName for their favourite driver, with the votes added together to complete the team standings.

The teams that don’t reach the concluding race have an important role to play too, in gifting their votes to a team of their choice, so every vote really does count. And the team with the most votes will then be able to select its starting position for the Desert X Prix Final.

The deserts of Saudi Arabia were chosen to highlight a number of environmental issues – increasing temperatures, more frequent and longer periods of drought, deforestation and desertification – which are all in part instigated by human behaviour and our carbon-intensive lifestyle.

Over the next few decades, the average water availability in some regions is projected to decrease by 10-30 per cent, meaning 2.4 billion people across the world will be living in areas subject to periods of intense water scarcity, displacing as many as 700 million people. Challenges exacerbated by climate change in the desert include water scarcity and potentially hundreds of millions of climate refugees.

As part of the commitments set by the Saudi Vision 2030, the Kingdom will seek to safeguard its environment by increasing the efficiency of waste management, establishing comprehensive recycling projects, reducing all types of pollution and fighting desertification. The country plans to promote the optimal use of water resources by reducing consumption and utilising treated and renewable water.

Capable of reaching 100km/h from a standing start in just 4.5 seconds, at gradients of up to 130 per cent, the ODYSSEY 21 has been built and engineered by Spark Racing Technology. Williams Advanced Engineering has created the all-important battery, with the chassis constructed by Chassis Technology Supplier CBMM | Niobium and the tyres provided by the championship’s Founding Partner, Continental.

In a world-first, each car will be charged using zero-emission energy via hydrogen fuel cell technology created in collaboration with AFC Energy. The system offers a completely sustainable fuel production process, using water and sun to generate hydrogen power which will then be used to charge all the ODYSSEY 21 electric SUVs off the grid. Not only will this process emit zero greenhouse emissions, but its only by-product will be water, which will be utilised elsewhere on-site.

Expert voices behind the mic

Lead commentators Jennie Gow and Andrew Coley will be based out of a London studio, providing remote commentary for every X Prix, along with on the ground reporter Layla-Anna Lee. For the Desert X Prix, the pair will be joined by special guest driver analysts Karun Chandhok and Sam Bird, both well-known in the motorsport world. The former competed in Formula One and Formula E, while the latter is a current Formula E driver for Jaguar Racing and previously contested GP2 and the FIA World Endurance Championship (WEC).

Extreme E is a sport for purpose and aims not only to highlight environmental issues, but also to leave a long-lasting positive impact in the locations in which it races through its Legacy Programmes.

The series has been working with its Scientific Committee to identify the right project in Saudi Arabia and confirmed this week it will support turtle conservation along the Red Sea coastline in association with Ba’a Foundation, an organisation that focusses on conserving the environment through initiatives entailing preserving endangered species, natural habitats and historical sites. See here for more information.

The finals will be shown on global broadcasters including Fox Sports in the USA, ITV, Sky Sports, BBC and BT Sport in the UK,  Teledeporte in Spain, ProSieben MAXX in Germany, Mediaset in Italy as well as Eurosport across most European Markets and MBC Action, KSA Sport and Dubai Sport in Saudi Arabia, plus many, many more – a full list is available here: https://www.extreme-e.com/en/broadcast-information.

The Extreme E Count Us In Challenge uses the power of sport and the excitement of motor racing to inspire fans to take practical steps on climate change. Fans can take one or more of 16 simple steps, which include pledging to walk and cycle more, eat more plant-based foods, and use less plastic, to the ultimate series goal of buying an electric vehicle.

Every time a pledge is made, you can assign it to the Extreme E team of your choice. The scoreboard shows which Extreme E team is leading the challenge, with the most fans taking action. Make a pledge now, and boost your team to the top! At the end of the Season, the winning team claims the Extreme E Sustainability Award.

Head to https://extremee.count-us-in.org/businesses/extreme-e/ to get involved.