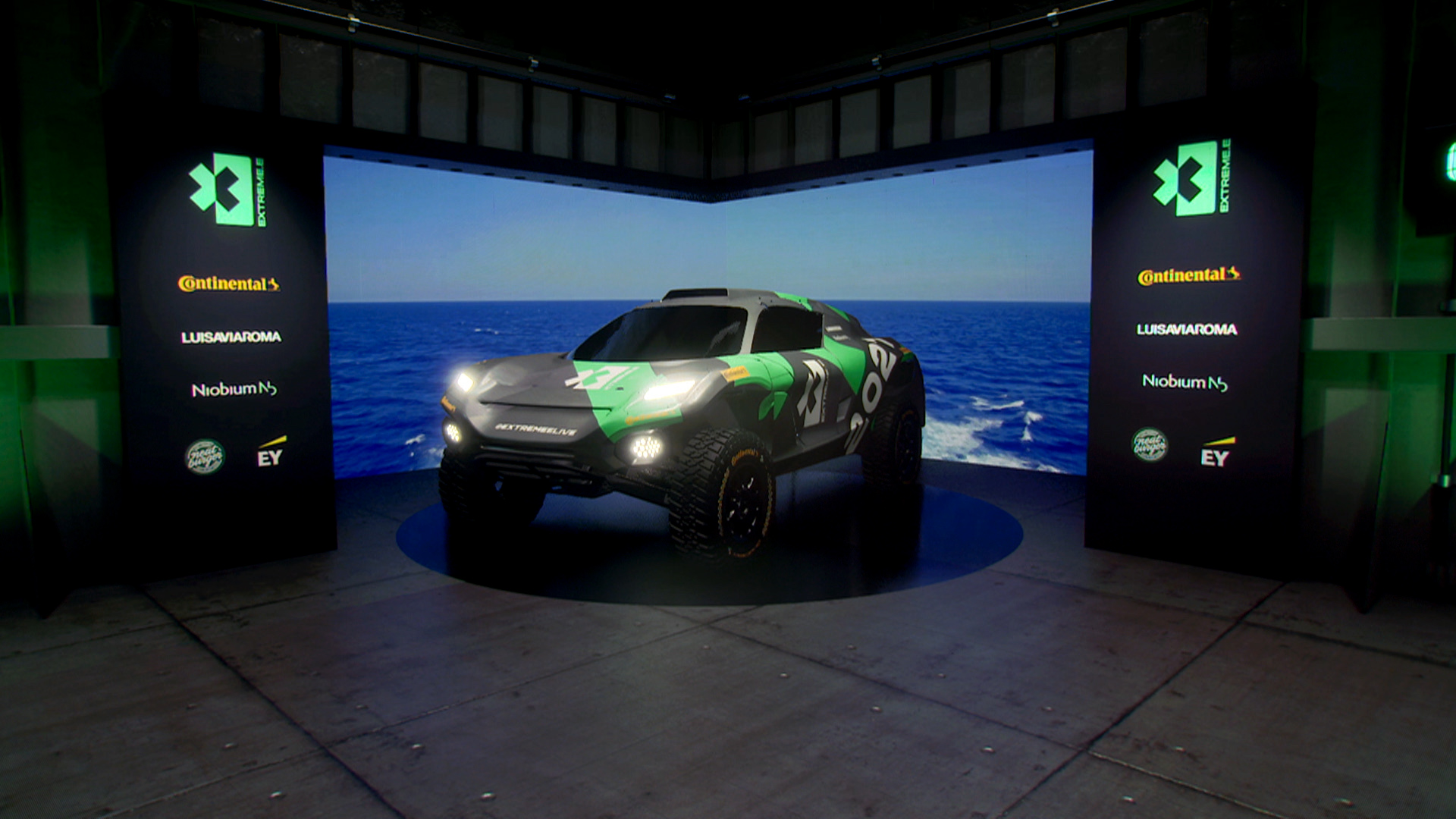 The event received over 222,000 views from people including media, sponsors and fans, from the comfort of their homes or offices. They witnessed each of the nine teams reveal their car liveries virtually, and also got the first look of the new Season 1 calendar.

Ali Russell, Chief Marketing Officer at Extreme E, said: “Extreme E is a series that is looking to embrace virtual and digital, not only when we go racing next year as we won’t have spectators on site, but also for our events in the lead up to our inaugural race in March 2021.

“The Virtual Series Launch provided a fantastic opportunity to engage fans, media, teams and partners without them having to leave their homes and offices, and I’m delighted we had over 1.2 million social media impressions. Obviously this is in respect of the current global situation but it is also totally in keeping with our long-term sustainability philosophy, of minimising our footprint. It also meant we could reach many more fans and media than we ever could have done had this been a physical event. Virtual engagement is the future for Extreme E.”

The hull of the St. Helena, the championships floating centrepiece, was created in a virtual studio by official event partner Velocity Experience, and was home to the launch. Team representatives featured on the wall from their own countries and their cars rose up and spun around so viewers could see every angle –  a completely revolutionary way to reveal the vehicles.

Guy Horner, CEO of TBA Group and Co-founder of Velocity Experience commented: “The Extreme E Virtual Global Series Launch was an ideal opportunity to use the Velocity V+ virtual platform. The team really raised the bar in the way the St. Helena and the ODYSSEY 21 electric SUV was brought to life revealing the team liveries, showcasing the true scale of the cars through XR animation, and capturing the genuine reactions of such high profile motorsport legends. The fans and virtually live audience seemed to like it too.

“We look forward to further developing with Extreme E this technology and sustainable approach to integrate into future Extreme E events and virtual hospitality. As the official events partner of Extreme E, we are completely aligned with the championships approach to delivering sustainable events and the V+ virtual platform can play a key part in that.”

As well as getting great fan engagement, the event was viewed by over 270 media from 42 countries, with virtual round table interviews set up with key spokespeople directly after the event, and full VNR packages shared with a variety of broadcast media including AFP, SNTV, Mediaset, Globo and Eurosport. Within the first 24 hours, more than 550 media stories had run in 67 different countries, with highlights including BBC News, Reuters, La Gazzetta dello Sport, AS, AutoBild, Infobae, Terra and Le Figaro.

The hero image from the launch was all nine cars lined up in an Arctic environment, something that would be impossible to create in real life. The image was created using state-of-the-art V+ XR (extended reality) technology and animation, something that will also feature in the broadcast when Extreme E goes racing next year.

“As a physical racing team born out of an esports team, we have digital networks which receive on average 120 million views a month. Working with some of our channels, we were able to live stream the launch and create additional, varied content that engaged with our more traditional esports audience. This is something we see as our USP and we will continue to work closely with Extreme E on future virtual events to deliver engaging and dynamic content to a wider audience.”

Thomas Biermaier, Team Principle of the Abt team, commented: “Extreme E has already shown with the launch that the series is different from all the others before. A live show from the virtual hull of a ship with teams and journalists tuned in from all over the world is an absolute world premiere. This courage and spirit from the entire Extreme E team to try something completely new is only one of the reasons why we are so excited about the start of the first season.”

As announced at the Virtual Series Launch, Extreme E will go racing in March 2021 in Saudi Arabia followed by Senegal in May, Greenland in August, Brazil in October, and finishing off with newly announced location, Patagonia, in December 2021.