EXTREME E TEAMS GET TO GRIPS WITH ODYSSEY 21 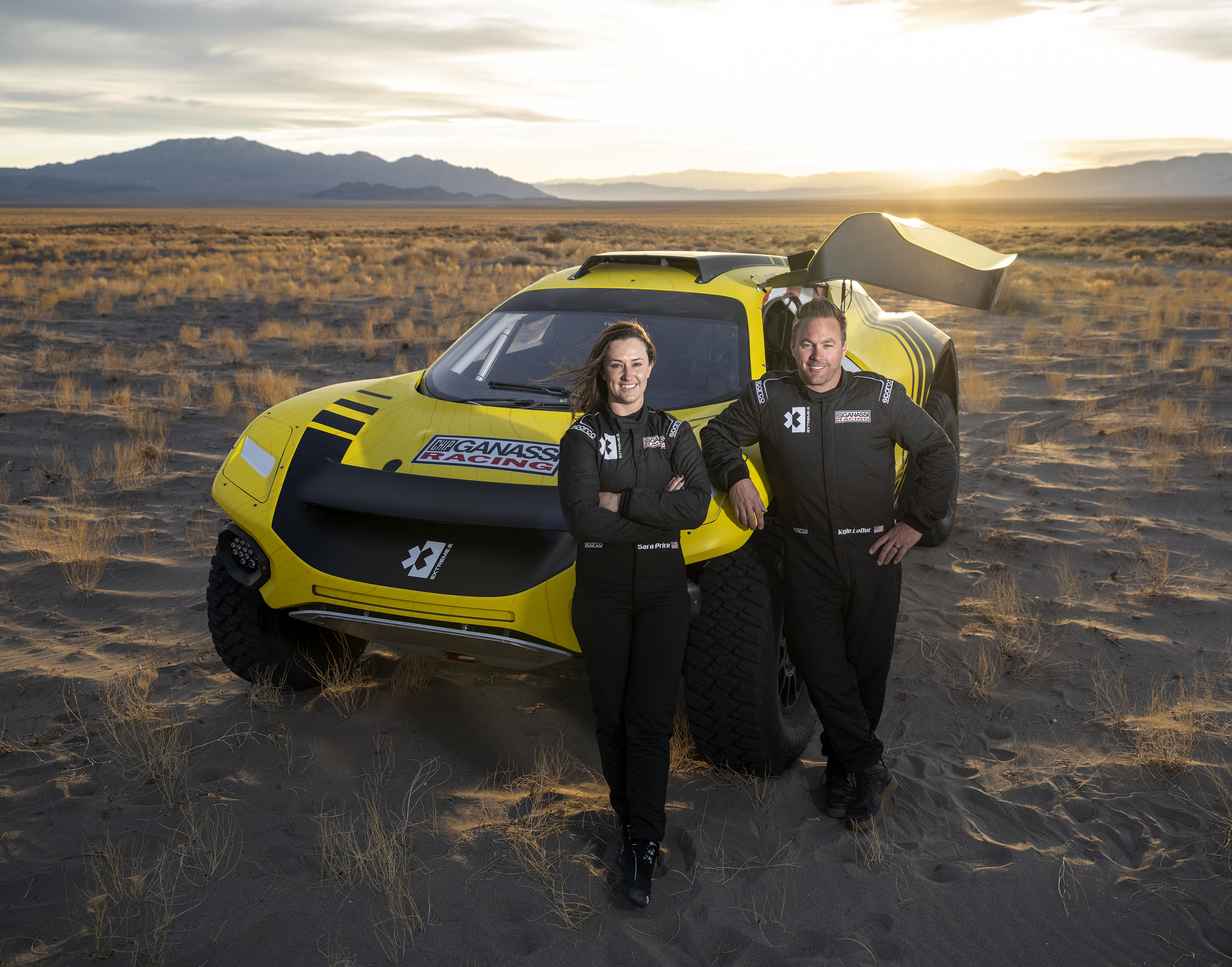 With just four months to go to the first race of Season 1, the Extreme E teams are taking delivery of their ODYSSEY 21 cars and getting to grips with these new machines.

American outfit Chip Ganassi Racing received its electric SUV at its famous Indianapolis workshop and spent some time getting to know the first electric machine the team has used, before taking it out to the Nevada desert for its first spin.

Sara Price, driver at Chip Ganassi Racing said: “Our shakedown with the Extreme E ODYSSEY 21 was a success! We came out to the desert, a place I am super familiar with, but with a car that is brand new for me. We had a great time as a team learning the new car and this electric beast. It’s very new to all of us, so we are learning everything for the first time and working together to make it the most successful program we can. Can’t wait to take on the 2021 season; it’s just around the corner.”

Kyle LeDuc, driver at Chip Ganassi Racing said: “Last week we have done the impossible, drive an electric off road truck through the desert and sand dunes, and even send it on its maiden flight! I am blown away at what the Extreme E series has put together with this truck built by Spark and how this Chip Ganassi team has built a massive program to prepare for the 2021 season. I’m stoked along with teammate Sara Price to get things started for the season. I’m ready and this team is ready to attack 2021 fully electric.”

Chip Ganassi Racing wasn’t the only team getting behind the wheel. Veloce Racing headed to  France for its very own shakedown, and it is safe to say it was an enjoyable couple of days for the whole team including newly announced female driver Jamie Chadwick – https://www.youtube.com/watch?v=ZkH4aHd6AAo&feature=youtu.be.

Dan Bailey, CEO at Veloce Racing said: “Our time in France was an incredible couple of days, giving us our first opportunity to test our very own ODYSSEY 21. After so much planning back at base, to finally see the car in real life and get out onto the track was extremely rewarding for everybody involved in this exciting project. We felt privileged to be able to test in a safe and secure environment given the current climate.

“The test gave our team manager, drivers, engineers and mechanics a vital chance to put the car through its paces and learn as much as we could in the two days to take away, process and analyse ahead of the following test in December. We can’t wait for the next stage in this journey and we are pulling out all the stops to ensure we will be a leading contender come the Saudi Arabian season-opener in March 2021.”

Jamie Chadwick, who has recently signed for Veloce Racing as its female driver added: “I can safely say that testing the car was one of the best and most fun experiences I have had in my career so far. I can’t wait to get out to the amazing venues where we’ll be racing next year; these are some of the most beautiful and endangered locations on our planet. Both on and off-track, it promises to be an incredibly rewarding journey.”

Andretti United also had a shakedown in a cold and muddy Wales. Both drivers Catie Munnings and Timmy Hansen attended and had a great time working together and getting to know the ODYSSEY 21 a little more.

Andretti United driver Catie Munnings said: “It was great to work with Timmy again, he’s got so much experience and racecraft and he’s been invaluable for my learning process. Being able to have the data to compare ourselves against each other has been great and although it’s a shakedown for the car, it’s for us to understand the car more. Of course, this is a race and we want to be competitive so we’ve been working hard to make sure that we are doing everything in our power to be fast.”

Teammate Timmy Hansen added: “This is the first time I’ve met the team, and I must say it’s gone above expectation. We’ve ticked all of the boxes that we wanted to and we’ve discovered new things on the car. It’s been really interesting getting to know my new office and a fantastic start for us on our journey. I’m looking forward to getting more testing under our belts.

“Catie has driven really fast here, she’s impressed me with just how fast she’s been, picking up a lot of the things and giving good feedback. I think we’re going to make a really good team and I’m happy that she’s so fast because the better she does the better it is for me.”

Although the remaining teams may not have driven yet, each has been getting to know the ODYSSEY 21 from a mechanical point of view, ready for private upcoming shakedown events in the coming weeks.

This time has also provided teams with the opportunity to look at initial vehicle set-up to ensure they are ready for the next round of testing, due to take place in late December at MotorLand Aragón, Spain. This test will be the first time Extreme E will have all its teams testing at the same time, a key milestone as the championship builds to its 2021 start.

Alejandro Agag, CEO and Founder of Extreme E said: “The delivery of the team vehicles is a big moment and it is highly gratifying to see our teams get to grips with their ODYSSEY 21s and start to personalise them with their race liveries. Everyone has a lot of work to do as we plan the first multi-car test in December, and with under four months to go now until the first race, the countdown is well and truly on.”

There is still plenty of news to come including the remaining teams confirming exciting driver line-ups.