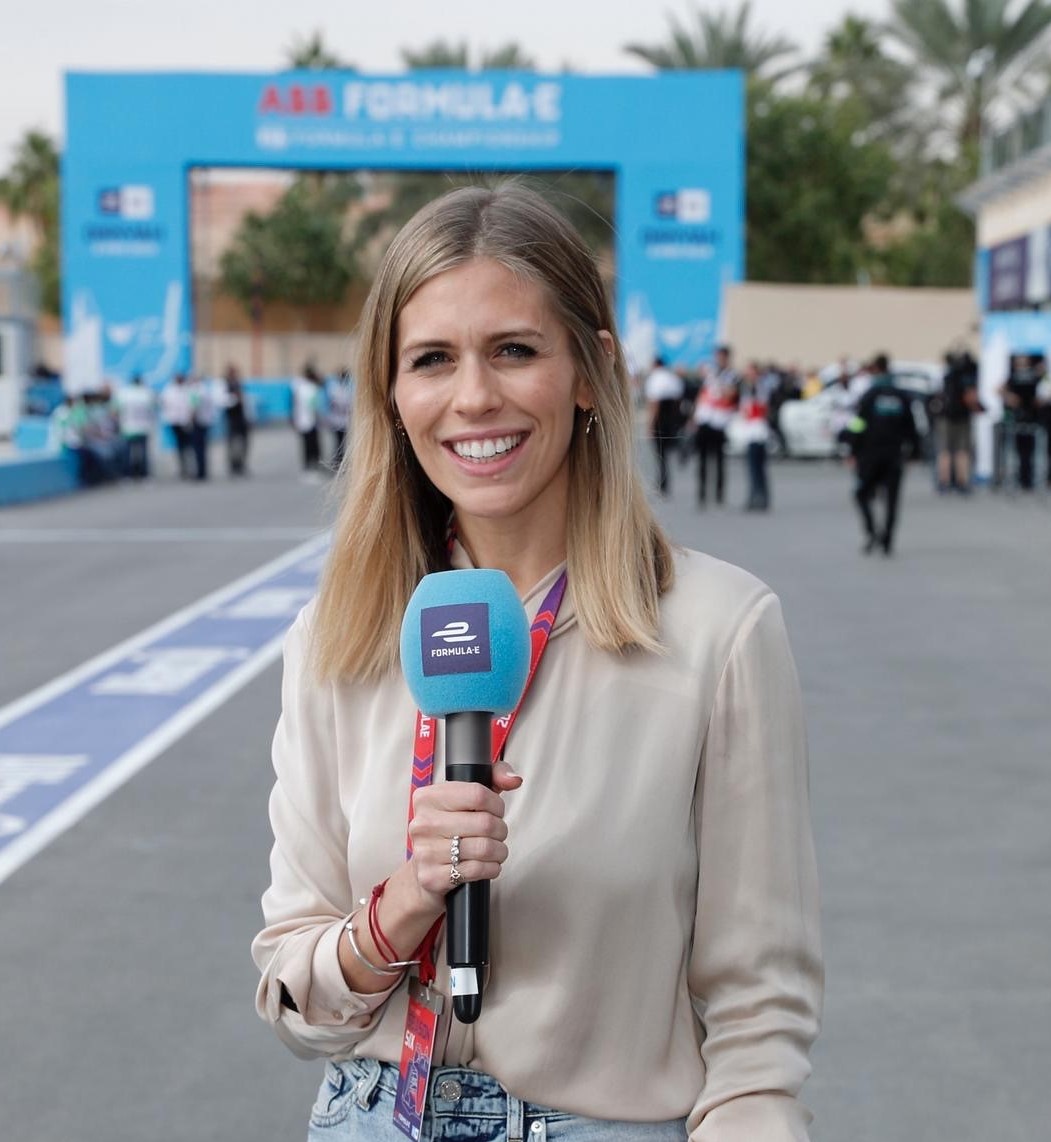 Girls on Track UK is delighted to announce FIA Formula E Championship TV presenter, Nicki Shields as its latest Ambassador.
Perhaps best known as the face of the FIA Formula E Championship, the electric street racing series, Nicki Shields has enjoyed a fascinating journey to where she is now, turning her back on a career in finance in pursuit of her dream to work in motorsport. She has built a stellar reputation as not only a first-class broadcaster, but a true advocate in the conversion to hybrid and fully electric vehicles, which has seen her present a number of series’ for CNN as part of their commitment to environmental programming. Shows such as ‘Supercharged’, ‘Going Green’, and more recently ‘Saved By The Future’, have drawn focus on international efforts to harness a more eco-friendly way of life.
To say Nicki has lived the dream of any car enthusiast would be an understatement, gaining the opportunity to drive the world’s most incredible cars in far-flung locations across the world, whilst hosting the most iconic industry awards shows and festivals notably the FIA Prize Giving, Autosport Awards, Goodwood Festival of Speed, & Revival and Carfest, among many others.
Most recently, Nicki has been able to draw on all of her experience in a brand new way, taking her first steps into the surging market of eSports, including the Ferrari eSports series, FE Race at Home Challenge and the Fordzilla eSports Cup.
Nicki joins a group of inspirational ambassadors supporting Girls on Track UK, the project driven by Motorsport UK, the governing body for UK motorsport. Other ambassadors include former Williams Team Principal Claire Williams and the inaugural W Series Champion Jamie Chadwick. From team members to mechanics, presenters to engineers Girls on Track UK’s Ambassadors cover the breadth of the sport, attending school and networking events, in addition to speaking at virtual experiences. They provide an important insight into the sport and their support and knowledge is invaluable.

On her Girls on Track UK Ambassador appointment, Nicki says, “I was honoured to be asked to be part of the Girls on Track UK initiative. I have witnessed first-hand the tremendous activities that FIA Girls on Track has organised at Formula E race events and have been hugely impressed. The concept of introducing and educating school-age girls to all aspects of motorsport is crucial to provide opportunity, capture inspiration, and to ensure and increase diversity within our sport and industry.

She continues, “If anyone ever asks me why or how I got into motorsport, particularly as a female, I always say that you need to have a passion for it and you need to be tough about it. Know the sport, watch the sport. Do your research, do your studying and most of all give those boys a run for their money!”

Susie Wolff, Team Principal of ROKiT Venturi Racing and Ambassador for the FIA Women in Motorsport Commission: “Nicki’s passion for sustainable technology and her capacity to make even the most complicated scenarios simple and engaging for the viewer have made her a very valuable and essential component in the Formula E broadcast family. She will make a great addition to the line-up of brilliant female ambassadors for Girls on Track, sharp and professional with serious insight into the sport – I have no doubt that she continues to be a source of inspiration to many budding broadcast presenters.”

Girls on Track UK is an FIA initiative created to inspire women into believing that there is a rightful place for them in the STEM and motorsport industries. Co-ordinated by the national governing body, Motorsport UK, the programme consists of a free online community of women and a series of school and community events.