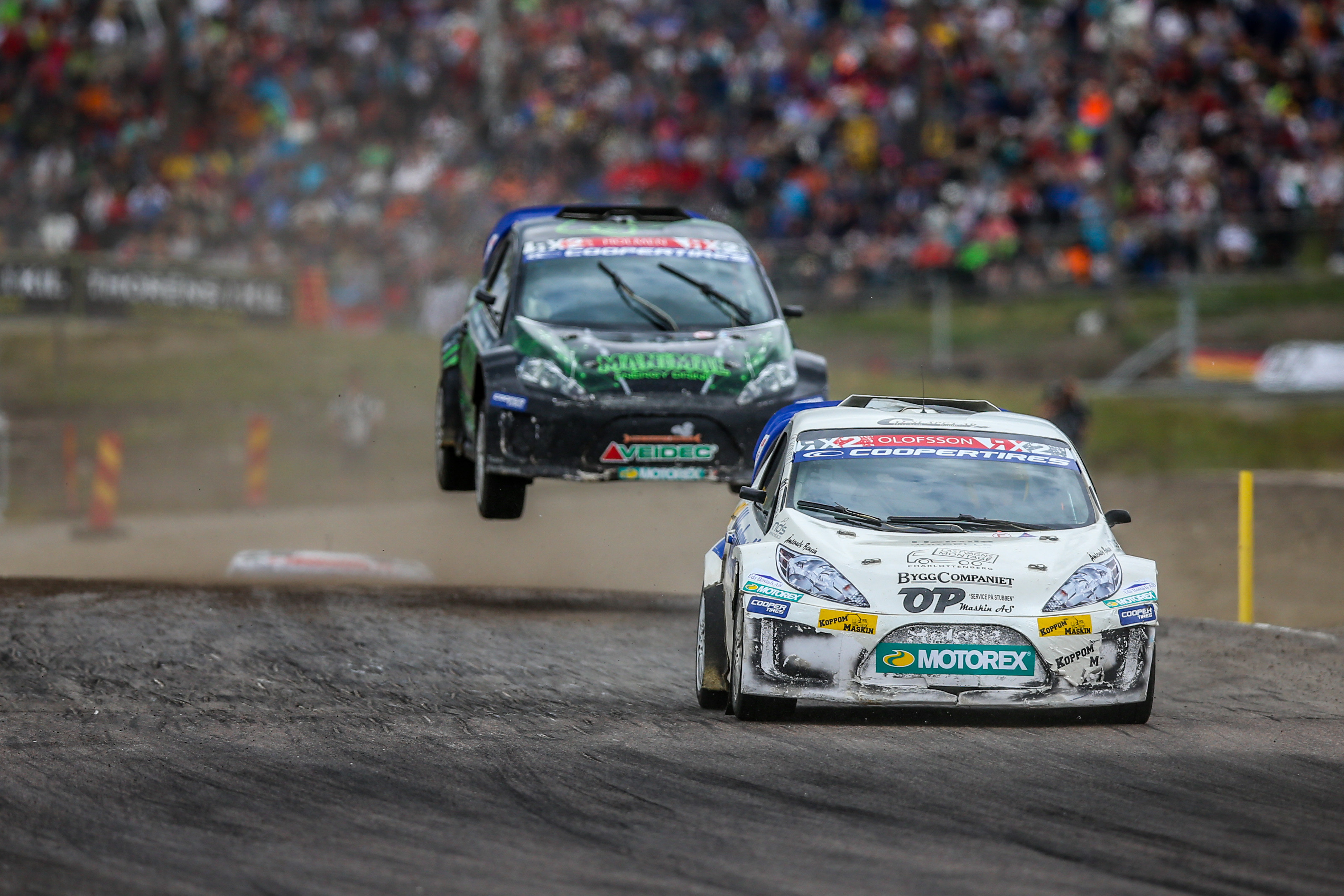 Simon Olofsson is returning to the RX2 International Series presented by Cooper Tires this year firmly focussed on setting the record straight – after his impressive raw pace last season went unrewarded on the results sheets.

Off the back of a top three championship finish in RX2’s predecessor RX Lites in 2016, Olofsson entered the 2017 campaign with his eyes on the prize. He duly dominated the Qualifying Races in the Mettet curtain-raiser, topping the Intermediate Classification and winning his semi-final.

The 23-year-old Swede looked odds-on to complete his weekend with victory in the all-important final, until a late puncture and collision with Dan Rooke derailed his charge. He progressed through to the last six again a fortnight later at Lydden Hill, finishing less than three seconds shy of the rostrum, before making semi-final appearances at Hell and on home turf at Höljes.

At Trois-Rivières, Olofsson endured a wild ride en route to fifth place, finding himself inadvertently caught up in another driver’s accident along the way, and he ended the season with semi-final spots at Lohéac and Cape Town to seal sixth position in the overall standings.

His performances earned the Charlottenberg native the ‘P1 Hard-Charger Award’ at the end-of-season RX2 Gala, for his refusal to give up and never-say-die approach even in the face of adversity. Now, he is eager to add consistency to his armoury as he targets a title challenge over the forthcoming campaign.

“I’m really fired-up going into the new RX2 season,” enthused Olofsson. “I feel I have something to prove after last year, which was ultimately disappointing in terms of hard results. We were quick pretty much everywhere, but we never seemed to have much luck and the podium kept on escaping us, which was obviously frustrating.

“I showed at Mettet that I’m fast enough to get the job done, and it’s fair to say what happened in the final there probably knocked my confidence a bit, but it’s been an extremely positive winter and I’m coming back mentally much stronger and ready to put up one hell of a fight!”