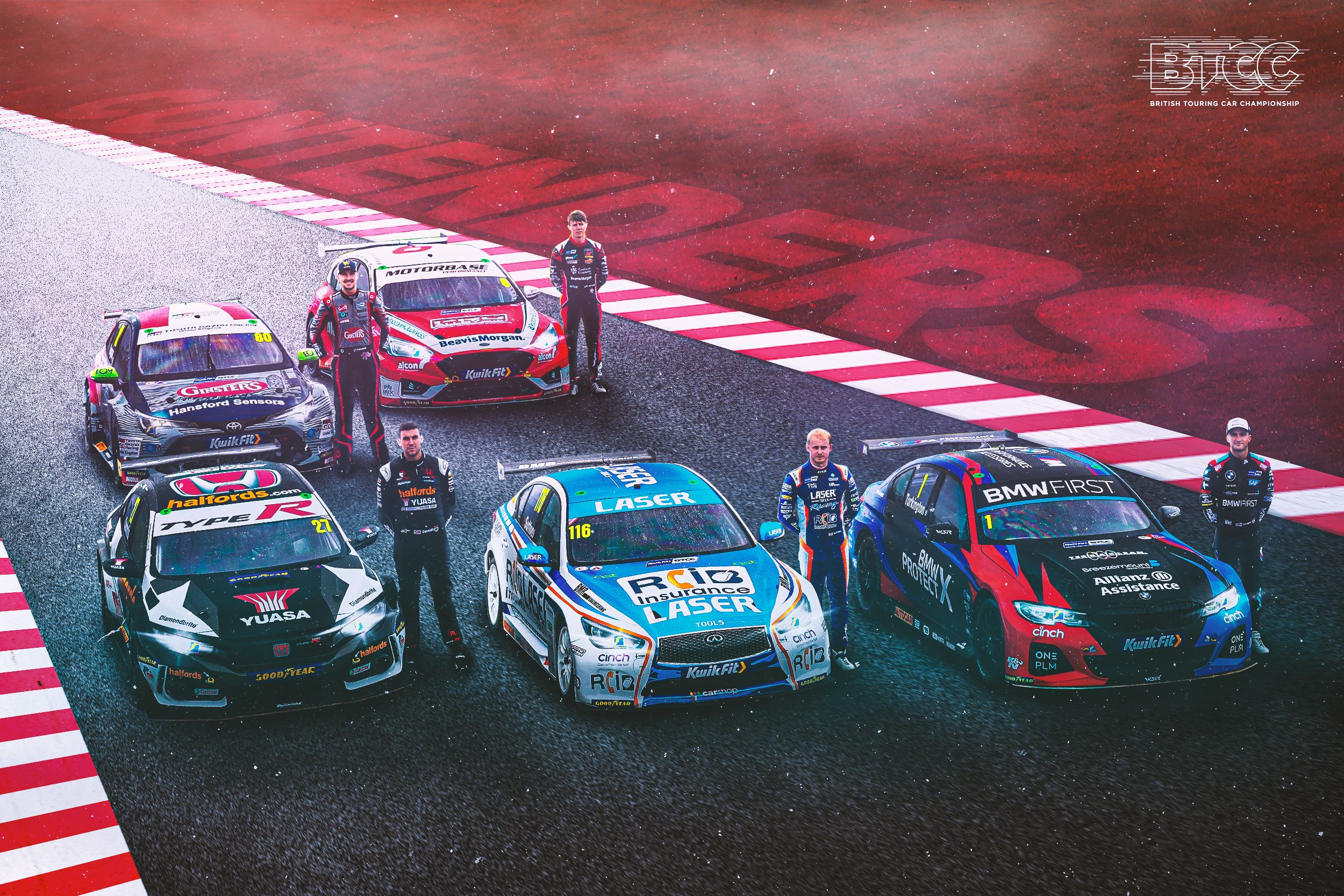 Unmissable season finale will be live from Brands Hatch on ITV4

The 2020 Kwik Fit British Touring Car Championship reaches its long-awaited climax at Brands Hatch next weekend (14/15 November), with one of the most exciting and extraordinary seasons set for an unmissable finale.

Despite the suspension of the original schedule due to the global COVID-19 outbreak, Series Organiser TOCA impressively rearranged an almost full calendar of racing – condensed into a three-and-a-half-month window – much to the delight of everyone involved in the UK’s elite motorsport series.

The delayed campaign hasn’t disappointed with no fewer than five drivers heading to Brands Hatch in contention to claim the most coveted crown in British motor racing.

Four-time and reigning BTCC champion Colin Turkington reclaimed the lead of the overall standings at Snetterton last time out, as the Team BMW star bounced back from a challenging period mid-season.

The Northern Irishman took pole position in the one-off ‘Top Ten Showdown’ qualifying format at the Norfolk circuit, and converted that success into two brilliant race wins the following day.

Turkington’s 60 points haul was understandably unrivalled, but a quartet of challengers are still hot on his wheels after their own stellar results during the year.

Laser Tools Racing’s Ash Sutton has been one of the most exciting competitors of the season so far. Four victories in the first half of the calendar have been followed by a number of standout fightback drives, but a return to winning ways could be key if he is to claim a second BTCC title.

Honda man Dan Cammish is targeting an even bigger comeback than he nearly produced in 2019, when the Yorkshireman came excruciatingly close to taking a maiden championship success. The Halfords Yuasa Racing driver has been extremely consistent during 2020 – finishing inside the top ten in each of the last 15 races – but now he has to score big at Brands Hatch to turn around the points deficit.

Toyota Gazoo Racing UK with Ginsters’ Tom Ingram has shown his fighting qualities as the season has progressed, turning a mixed start to proceedings into a real championship challenge. The young talent remains within striking distance of the front-runners, having taken three wins and a trio of second place finishes from the last four race weekends.

If Ingram is a slight outsider for the crown then Motorbase Performance’s Rory Butcher is the real long shot, having just stayed in mathematical contention following a bruising encounter at Snetterton.

Incredibly, Butcher clashed with Ingram during the final bout in Norfolk – impacting on their respective championship challenges – but the former has still enjoyed an impressive season in the new Ford Focus ST.

In summary, as we move towards this unmissable triple-header finale at the famous Kent circuit it is Turkington who holds a nine-point advantage over Sutton. Cammish is a further 16 points in arrears, whilst Ingram and Butcher remain in title contention. With 67 points still on offer, it really is anyone’s guess as to who will be crowned the 2020 Kwik Fit British Touring Car Champion.

Aside from the overall fight for honours, BMW are also looking to win Manufacturers’ and Teams’ titles, whilst Sutton and his Laser Tools Racing squad hope to clinch Independents’ glory.

Michael Crees leads the Jack Sears Trophy, whilst Turkington also tops the Goodyear Wingfoot Award, thanks to his outstanding qualifying performances so far.

The 2020 Kwik Fit British Touring Car Championship will conclude with three high-octane races around the famous Brands Hatch Indy Circuit on 14/15 November and, as ever, the action will be broadcast live on ITV4 from 0920 on Sunday.

Colin Turkington said: “I don’t bask in the glory for long because the next race comes quickly. For sure, it will be nice to arrive at Brands feeling confident in both myself and the car after Snetterton. I will prepare and ready myself to the maximum and then try to give my best performance on the day. There is a lot of extra pressure on the finale, but I kind of really enjoy it. It’s a huge privilege to be involved and I love the chance to fight for another Championship.”

Ash Sutton said: “We’re in the mix for the title so it’s game on. We’ve got a nine-point deficit to make up on Colin at Brands Hatch and you can believe that I will be coming for him all guns blazing. The whole season has led us to this point and I’m going to throw everything I have into the finale to become champion for a second time. Laser Tools Racing and BMR Engineering have done a mega job this year and they deserve to be in this position. I can’t wait to get to Brands now, I’ve got nothing to lose and absolutely everything to gain – bring it on!”

Dan Cammish said: “Snetterton was not what I had targeted. I had high hopes going into the weekend, but unfortunately a few guys who aren’t in the Championship fight hampered my progress. I don’t think I had a straight panel on my car by the end of the day, but it’s all still to play for. I love the Indy circuit at Brands and I’ll be giving it my all to win the Drivers’ Championship.”

Tom Ingram said: “It’s nice to be going into the season finale in with a shout of the title for the fourth year in a row, but I’m under no illusions that I’m the outsider in this battle. We all know how quickly things can turn around in the BTCC, and while our chances are obviously slim, nothing is impossible. Ultimately, whatever happens, I’m immensely proud of all the boys and girls at Toyota Gazoo Racing UK with Ginsters for what we’ve achieved together this season. We will keep on fighting right to the very end!”

Rory Butcher said: “It’s great to be going into the season finale with a mathematical chance of winning the title, albeit slim, as this was a goal of mine at the beginning of the year. We’ve been contenders all season and as a team we have achieved so much with the brand-new Ford Focus ST – everyone at Motorbase Performace should be extremely proud. We’re looking forward to Brands Hatch – the team’s home circuit – and we will give it everything!”