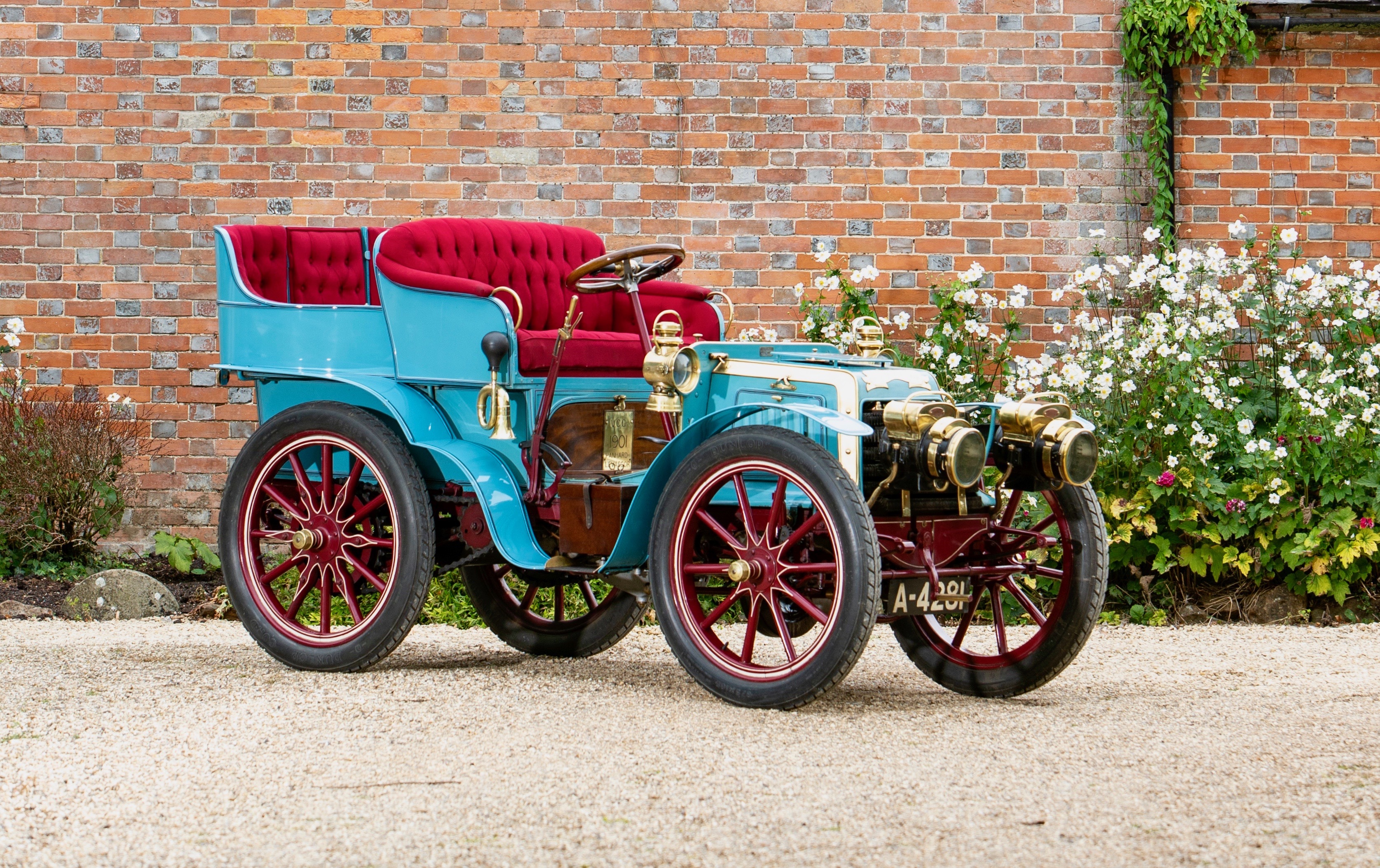 Each and every one of the 400+ remarkable vehicles that enter the annual Bonhams London to Brighton Veteran Car Run has its own extraordinary tale to tell.

Some of these venerable machines dating back to the dawn of motoring have been passed down through generations, continuing long-running family traditions; others have been rescued from automotive graveyards all around the globe and restored especially to follow the iconic trail from central London to the Sussex coast.

A further stepping stone into the world’s longest running motoring event is provided by the now traditional Bonhams London to Brighton Veteran Car Sale. Hosted in the renowned auctioneer’s New Bond Street Salerooms on Friday evening before the Run, it is not uncommon for successful bidders to join those on the hallowed pilgrimage to Brighton less than 36 hours later.

One of the pioneering cars coming under the hammer this year with a guaranteed entry into the Run (3 November) has a very special place in the illustrious event’s history.

Known as ‘Le Papillon Blue’, this 1901 Panhard et Levassor was among the first plucky participants partaking in the inaugural revival  which took place back in 1927.

It was then that 37 vehicles set off on the now revered route from London to Brighton to commemorate the very first Emancipation Run that had famously taken place on a wet Saturday on the 14 November in 1896. That original journey – still followed to this very day – had been in celebration of the passing of new laws raising the speed limit to 14mph and removing the need for an escort carrying a red flag to walk 60 yards in front of any powered locomotive.

Unsurprisingly, having been one the 37 trail-blazers, the well-engineered Panhard has quite a history to tell. It had originally been built specifically for Chevalier Rene de Knyff – he was a renowned racing driver of the age, as well as a director of the Panhard Company.

The light blue 7hp tonneau-bodied French creation was subsequently named ‘Le Papillon Bleu’ – or ‘The Blue Butterfly’ in English – by the daughter of its second owner, Leslie Bucknall.

The Panhard et Levassor has successfully completed more than 60 trips in November from Hyde Park to Madeira Drive. Further underlining the significance of its heritage, ‘Le Papillon Bleu’ also won the coveted Concours d’Elegance award as ‘the car which most embodies the spirit of the veteran era’ when displayed in the 2016 Regent Street Motor Show.

Boasting such a stand-out story, ‘Le Papillon Bleu’ is expected to generate huge interest and comes with an estimate price of between £200,000 and £250,000. It will be one of the first lots to go under the hammer when the Bonhams London to Brighton auction starts at 6pm on Friday 1 November. Freshly serviced by specialist NP Veteran Engineering, it is ready to tackle this year’s Run with its new owner.

Along with all other lots ­– including an auction of related automobilia – the Panhard will be available to view from lunchtime on Thursday 31 October and all day on Friday in the New Bond Street sales room. The online catalogue for both sales can be viewed at: https://www.bonhams.com/auctions/25446/ while full details of the 2019 Bonhams London to Brighton Veteran Car Run are available on the event website at www.veterancarrun.com.

With subscriptions offering 26+ hours of live action and interviews for only 249 SEK (c. £21.50), who wouldn't be excited for this awesome event?! Plus, part of the proceeds will go towards supporting Höljes and safeguarding this legendary circuit's future. 🙌🙌