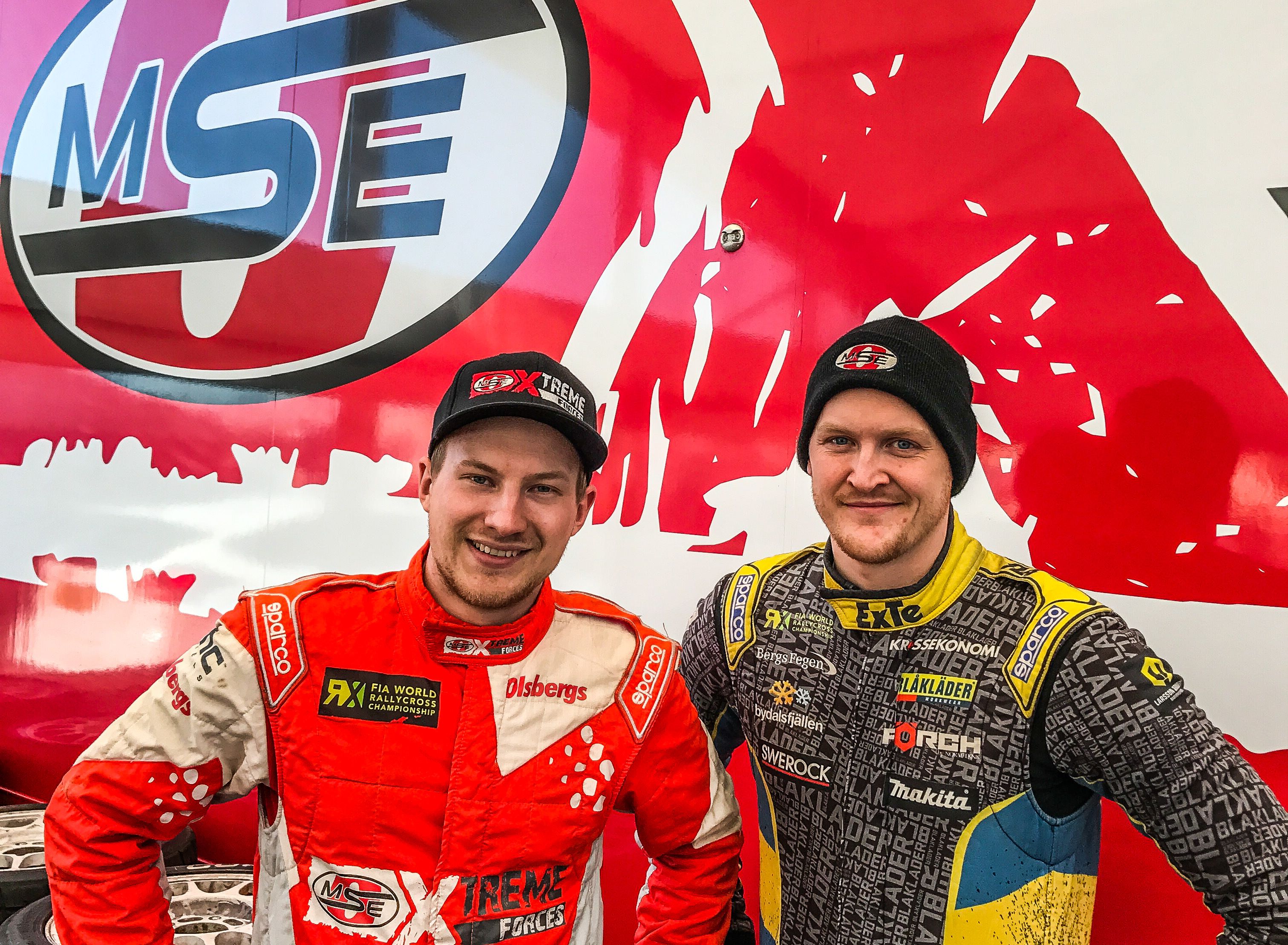 Former champions Olsbergs MSE will return to the FIA World Rallycross Championship for a full-season assault in 2018, fielding a two-car team for established race-winners Kevin Eriksson and Robin Larsson.

In partnership with Ford, OMSE lifted the World RX Teams’ laurels in 2014 – the same year as the squad clinched its third consecutive Global Rallycross crown. The team backed that up with the runner-up spot in the World Championship standings in 2015 and victory in Germany in 2016, before making selected appearances at the international pinnacle of the discipline last season.

Now, following its withdrawal from the GRC, OMSE has strengthened its commitment to the IMG-promoted events, across which it already runs the popular RX2 International Series for the World RX stars of the future. The Scandinavian rallycross outfit will run a brace of new-specification Ford Fiesta Supercars for Eriksson and Larsson in 2018.

“Concentrating our efforts in Europe and on the international stage offers a number of advantages,” explained OMSE CEO, Andreas Eriksson. “First and foremost, we are excited to see what our rapid new line-up of Kevin and Robin can achieve out on-track. Both have ably demonstrated their potential on the World Championship stage, and both are more than capable of fighting for the top step of the podium this season.

“2018 is a big year for Olsbergs MSE as we have developed an all-new car for the forthcoming campaign, fitted with our own latest-specification custom engine that has already proven itself as a winning powerplant.

“Olsbergs MSE now finds itself in a position where we have the availability through our sales and service department to both rent and sell Honda Civic and Ford Fiesta Supercars for World RX, European RX and RallyX Nordic use. Running these cars alongside our current drivers in these series allows us to remain competitive not only in terms of performance but also cost.”

Eriksson Jnr won the RX Lites Cup in 2014, triumphed behind the wheel of a Fiesta ST Supercar in World RX of Germany in 2016 and has two RallyX Nordic titles and a RallyX on Ice crown on his career CV – all by the age of 21. After a year spent competing in the World Championship with a different team – highlighted by a trio of top six finishes – the Swede is looking forward to returning to the OMSE fold.

“I’m thrilled to be heading into my third full season in World RX,” he enthused. “There’s no question that this is the toughest rallycross series around, with high-profile manufacturer involvement and the best drivers in the discipline – but equally, I am confident we have the tools at our disposal to truly take the fight to them. Pre-season testing has been positive, and I can’t wait to get out there and chase some trophies!”

Larsson sped to the FIA European Rallycross Championship in 2014, and counts no fewer than five podiums to his credit in World RX – including a win in Argentina – as well as three top ten championship finishes. After returning to European RX last year, the 25-year-old is fired-up to reassert himself as a consistent contender on the international stage.

“Racing in World RX with OMSE is a tremendous opportunity for me,” Larsson affirmed. “I feel I’ve proved in the past that I’m quick enough to push for race wins in the series, and that’s precisely what I intend to do this year. Sweden is renowned as a hotbed of rallycross talent, and between us, I’m confident that Kevin and I can put both the country and OMSE as a team firmly at the forefront of this sport.”

Founded by former Swedish Rally Champion Andreas Eriksson in 2005 and with bases in both Sweden and the USA, OMSE is a leading protagonist across the board. The company’s hugely successful Supercar Lites brand – as used in both RX2 and GRC Lites – is widely regarded as the blueprint for single-make rallycross feeder series and the ideal platform for the next generation of talent in the discipline.