FROM AUCTION TO RACE TRACK IN 36 HOURS 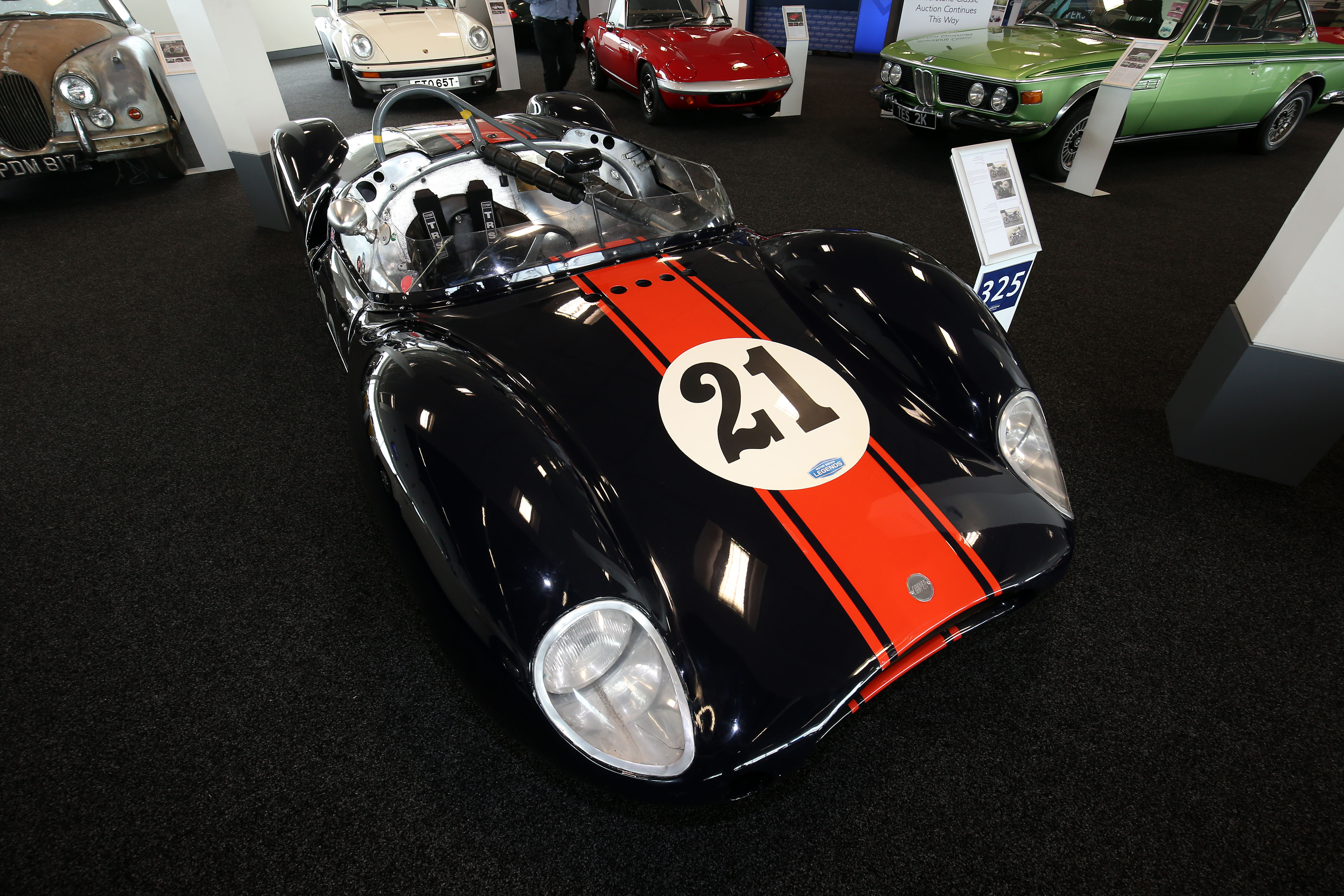 The Silverstone Classic always delivers myriad stories and unique anecdotes, many of which lie in the history of the evocative machinery on show, but this year’s event has provided a speedy tale with a difference.

Justin Maeers attended Thursday evening’s hugely popular Silverstone Auctions sale with the mere intention of enjoying a drink among friends, but he incredibly left the event as the proud new owner of a 1959 Cooper Monaco.

Not content with only the impulse purchase, Maeers went on to race the car during the weekend’s 25th Silverstone Classic.

With the striking navy-and-orange machine eligible to compete in the Stirling Moss Trophy for Pre ’61 Sports Cars, organisers had to show lighting quick reactions to enter the Cooper Monaco before the deadline, not to mention having to move the vehicle from the second floor of the new Silverstone Wing complex.

A story of blood, sweat and gears followed, which eventually led to Maeers lining up at the back of the grid on Saturday morning in what the man himself called an ‘exhilarating experience’. A regular racer of classic cars, Maeers was unfortunately forced into retirement after admitting to damaging the gearbox due to his unfamiliarity with the car.

Far from dampening his spirits, however, Maeers was delighted with his weekend’s work and that of the Silverstone Auctions and Silverstone Classic organisers.

“I had absolutely no intention of buying a car,” he said. “I actually went to the auction for the free beer but ended up spending £200,000 on a new car! I must admit that I had been looking to purchase a Cooper Monaco for a few years, so when I saw the machine and learnt its history I knew it was the car for me.

“Even then there was no plan to race the car this weekend, but when the engine failed in a different car we had run during practice on Friday it was suggested we could enter the Cooper Monaco. A mad dash followed but everyone did a sterling job to get everything agreed and the car on track.”

The car itself enjoys a history spanning some seven decades and this particular model has a pedigree of more recent racing success in classic events around the world.

The Cooper Car Company launched the T49 Mk1 in 1958 as the successor to the successful ‘Bobtail’. Regarded as an amazingly light and low machine with its all-aluminium bodywork surrounding the Coventry Climax two-litre engine, the car proved hugely successful. The likes of Sir Stirling Moss enjoyed many triumphs behind the wheel of the Cooper Monaco, cementing its position as one of the world’s most famous racing cars.

Maeers’ model has won races and championships, and has scored a number of impressive results at Goodwood and the Silverstone Classic in previous outings. Despite its relatively short showing at this year’s edition, Maeers is committed to returning to the World’s Biggest Classic Motor Racing Festival in future years.

“It was an exhilarating experience and the car was exactly what I was hoping for,” concluded the Managing Director of Collingwood Lighting – market leaders in LED light manufacturing and distribution. “I will definitely be back to race the car at the Silverstone Classic – it’s just such a fantastic event and I loved every minute of it.”

Thankfully one unplanned headache – getting his new Cooper Monaco back home – was quickly resolved as the local Brixworth-based businessman was able to transport his trailer to the circuit with relative ease. It’s a short trip that we look forward to Justin and his Cooper Monaco making again next year for the 2016 Silverstone Classic.