FUELLING THE FEVER AT THE SILVERSTONE CLASSIC 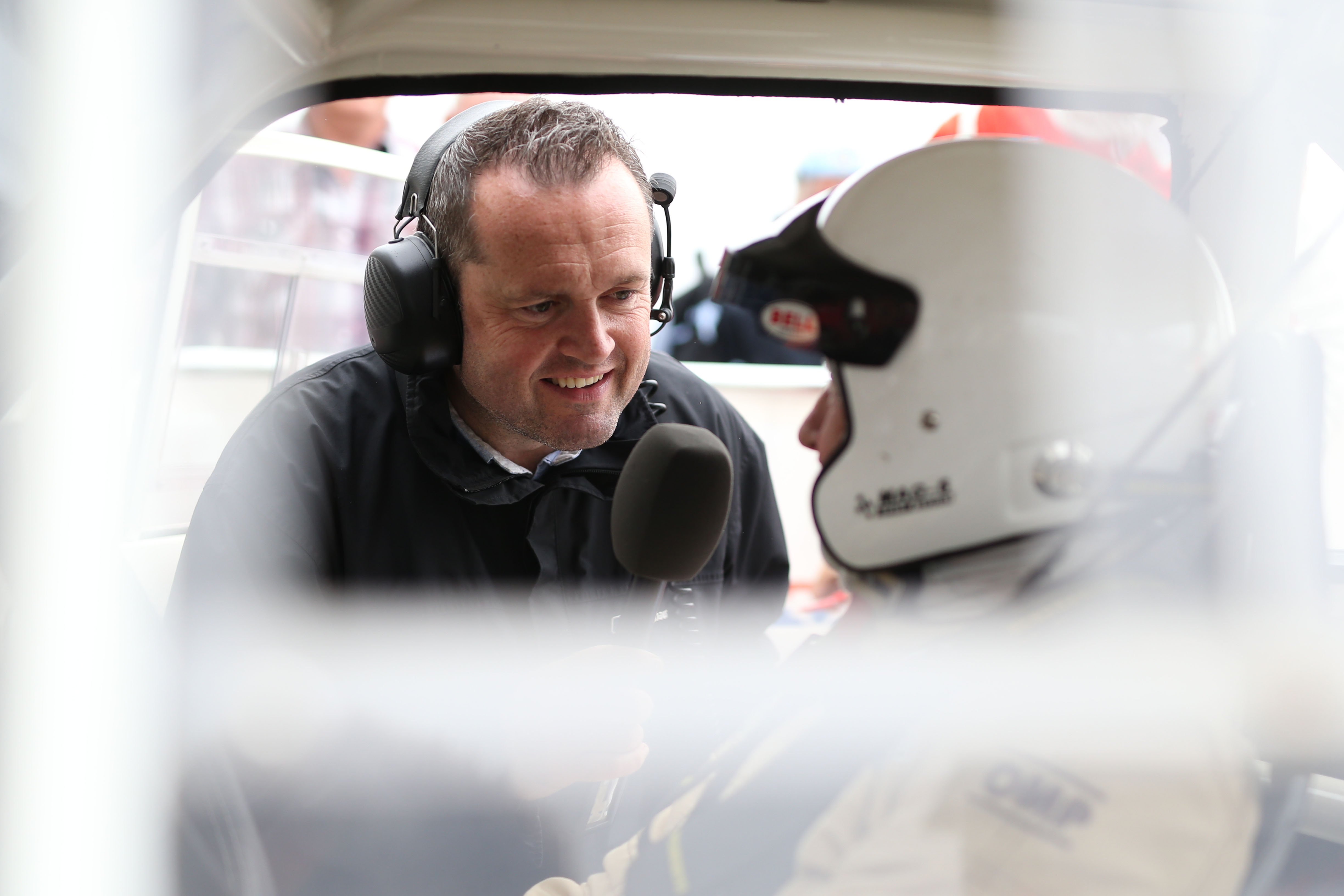 The Silverstone Classic will pay special tribute to Henry Hope-Frost; the much-loved broadcaster and freelance journalist who tragically lost his life in a road traffic accident while riding home from work in March aged just 47.

Though, perhaps, better known by many as ‘The Voice of Goodwood’, Henry was very much part of the commentary team at the annual Silverstone Classic sharing his incredible passion for all forms of motor sport with the 100,000+ visitors attending the world’s biggest classic motor racing festival.

The hugely-missed Henry described his infectious enthusiasm and deep-seated knowledge as an ‘incurable and debilitating fever’ – an impassioned noun that has now become synonymous with his memory, notably on social media.

While Henry will no longer be inciting all-comers with his unquenchable love for everything fast and loud, the ‘fever’ will thunder on at the Classic with a number of commemorations.

With the full support of his family, these include the introduction of a new Henry Hope-Frost #FEVER Award for the most memorable high-octane moment from the weekend’s massive retro race programme. This accolade will be presented at the event by Henry’s father, Tim Hope-Frost, together with Silverstone Classic Event Director, Nick Wigley.

Encouraging everyone to pay their own tributes to Henry, #FEVER walls are being created close to podiums in both Heritage and International paddocks – here visitors can draw their car sketches in memory to Henry. Distinctive #FEVER stickers will also be on sale from the merchandise outlets with proceeds of all sales being donated to Henry’s family.

Underlying his esteem within the sport and raising further funds for Henry’s wife and three young sons – called the ‘HF Junior Team’ in his own words – a large number of auction items have been pledged by F1 teams, drivers, sponsors and motorcycle racing personalities.

Donations include: a Mercedes race suit signed by the reigning Formula 1 World Champion, Lewis Hamilton; signed Gilles Villeneuve memorabilia from the Giacobazzi Family plus similarly generous donations from Moto GP, Haas, Force India, McLaren, Red Bull, Renault and Williams as well as Kimi Raikkonen and Superbike star Jonathan Rea. These lots will be coming under the Silverstone Auctions’ hammer as part of its two-day automobilia sale on Saturday.

Speaking of the commemorative events being held at this summer’s Silverstone Classic, Henry’s wife Charlotte Hope-Frost commented: “Me and the three boys who make up the ‘HF Junior Team’ continue to be incredibly touched by every celebration of Henry’s life, and also the staggeringly generous financial support that has come with so much of that. The auction at the Silverstone Classic is a symbolic and fitting conclusion to a very valuable process that is helping to secure the futures of Oscar, Jasper and Felix. Our heartfelt thanks go out to everyone who has helped, and who continues to do so.”

“Henry was a truly wonderful man as well as a highly valued and greatly respected member of our team – his undiluted passion will be missed enormously at all future Silverstone Classics,” said Event Director, Nick Wigley. “There is no better way for us all to pay our respects to him, and to his family, than by ensuring his intoxicating fever continues to fuel everyone’s passion for his beloved motor sport.”

Festival-goers keen to catch a dose of Henry’s highly contagious fever must buy their tickets in advance. Adult admission is priced from just £45 and considerable savings are on offer for both families and those spending the full weekend at Silverstone. Hospitality and camping options are also available. Full details can be found on the official www.silverstoneclassic.com website.

Confirmed lots for the Henry Hope-Frost Family Fever Auction, presented by Silverstone Auctions on Saturday 21 July at the Silverstone Classic include: