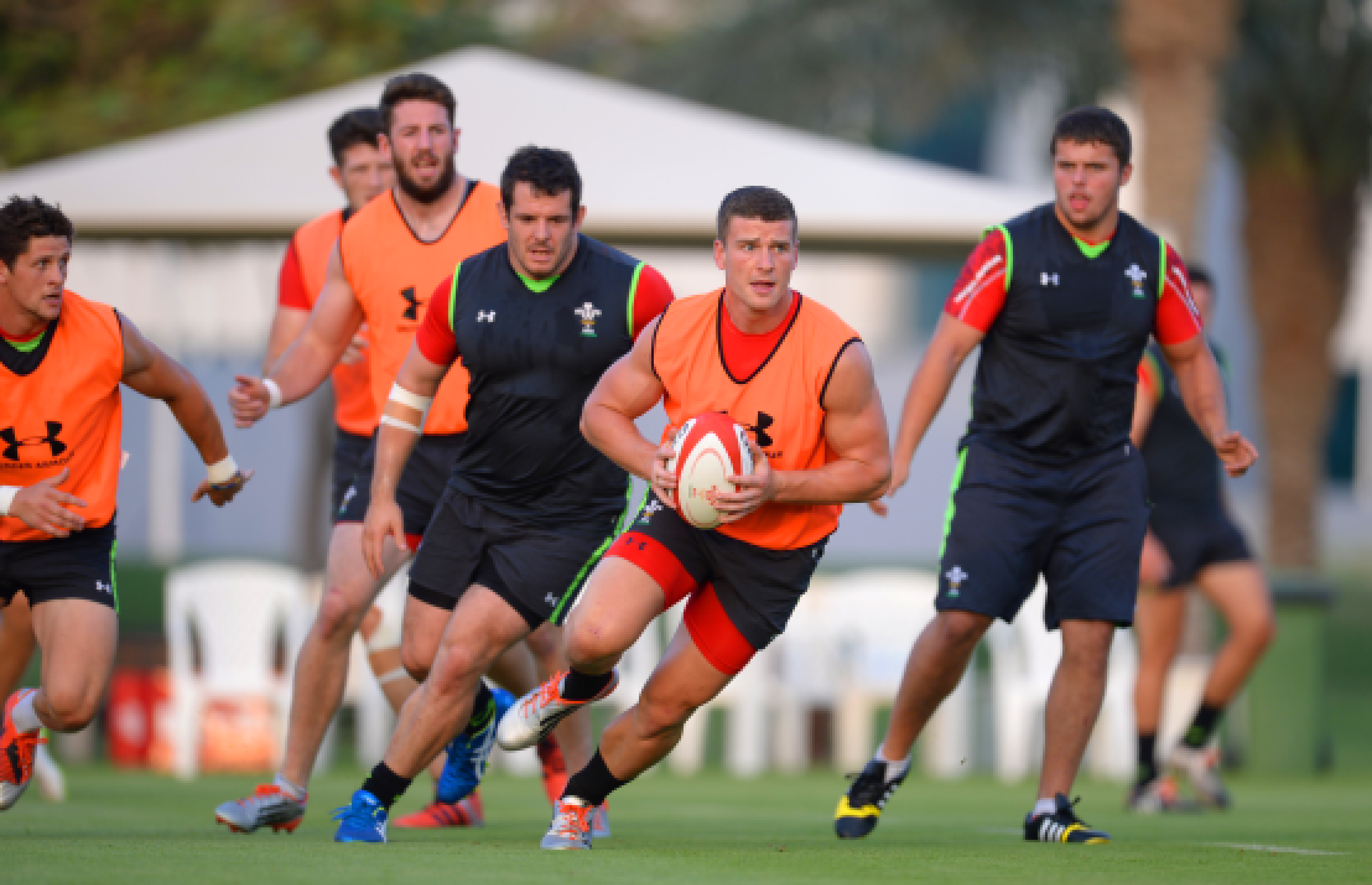 As part of its final preparations for rugby’s forthcoming showpiece tournament jointly hosted by England and Wales (18 September – 31 October), the Welsh training squad will be put through its paces at an open training session in north Wales. The free-to-attend preview at Parc Eirias, Colwyn Bay is already oversubscribed and a capacity crowd will be maximising the opportunity to see their stars revving up for the matches ahead.

Adding to the spectacle the Welsh rugby players will be joined in the stadium by the country’s top motor sport star Elfyn Evans and his M-Sport Fiesta RS WRC car. The 26-year-old from Dolgellau has already made his mark in the 2015 FIA World Rally Championship. He scored a maiden podium earlier this season finishing third in Argentina and will target another on his home event, Wales Rally GB (12-15 November).

After the training session, Evans will be joined by selected members of Warren Gatland’s squad for a special photo shoot and joint interviews in the stadium. It’s an occasion he is relishing.

“I’m really looking forward to seeing the national squad train up in north Wales,” he enthused. “I’ve been privileged enough to meet a couple of the Welsh players before as George North and Jamie Roberts are both fellow Red Bull athletes, so now it will be great to meet the rest of the guys. I’ll be wishing them good luck for the Rugby World Cup, which obviously is a massive event for them and Wales.”

As a born and bred Welshman, Evans is naturally something of a rugby fan. “As you’d guess, I’m a bit of a petrol head but, coming from mid-Wales, there’s no escaping rugby! It’s probably the only sport outside of motor sport that I actually follow. Now to have these two fantastic events in Wales later this year is just fantastic.”

The trip north comes immediately after Wales’ first warm-up match against Ireland in Cardiff on 8 August – and clearly the players are looking forward to the visit and meeting up with Evans at Parc Eirias.

“This is a great time to be a sports fan in Wales with the Rugby World Cup to look forward to and huge events like the Wales Rally GB,” said Sam Warburton, Wales captain. “The players all live for competition and challenges so quite a few of the boys are big fans of rally sport. The squad are all looking forward to the North Wales visit and this is a lovely way to remind people that Wales really is the home of some great sport.”

“We are thrilled to be joining the WRU during their visit to north Wales,” said Ben Taylor, Managing Director of Wales Rally GB. “Rugby and rallying are two of the most popular sports in Wales and this is an exciting opportunity for all involved to showcase both forthcoming events.

This unique event is an exciting opportunity Conwy County as official host to Wales Rally GB and home to Parc Eirias.

Cllr Graham Rees, Conwy County Borough Council’s Cabinet Member for Tourism, Marketing and Leisure, said: “We’re delighted to welcome Wales’ top names in sport to Colwyn Bay. Wales Rally GB and the Wales National Squad together in Eirias Stadium on 11 August will be a real treat for fans of both sports.”

While the open training session at Parc Eirias is already full, tickets for Wales Rally GB are on sale offering significant discounts for those booking in advance. Details can be found on the official www.walesrallygb.com website.