GIRLS OF DARE TO BE DIFFERENT RALLY TO THE CAUSE 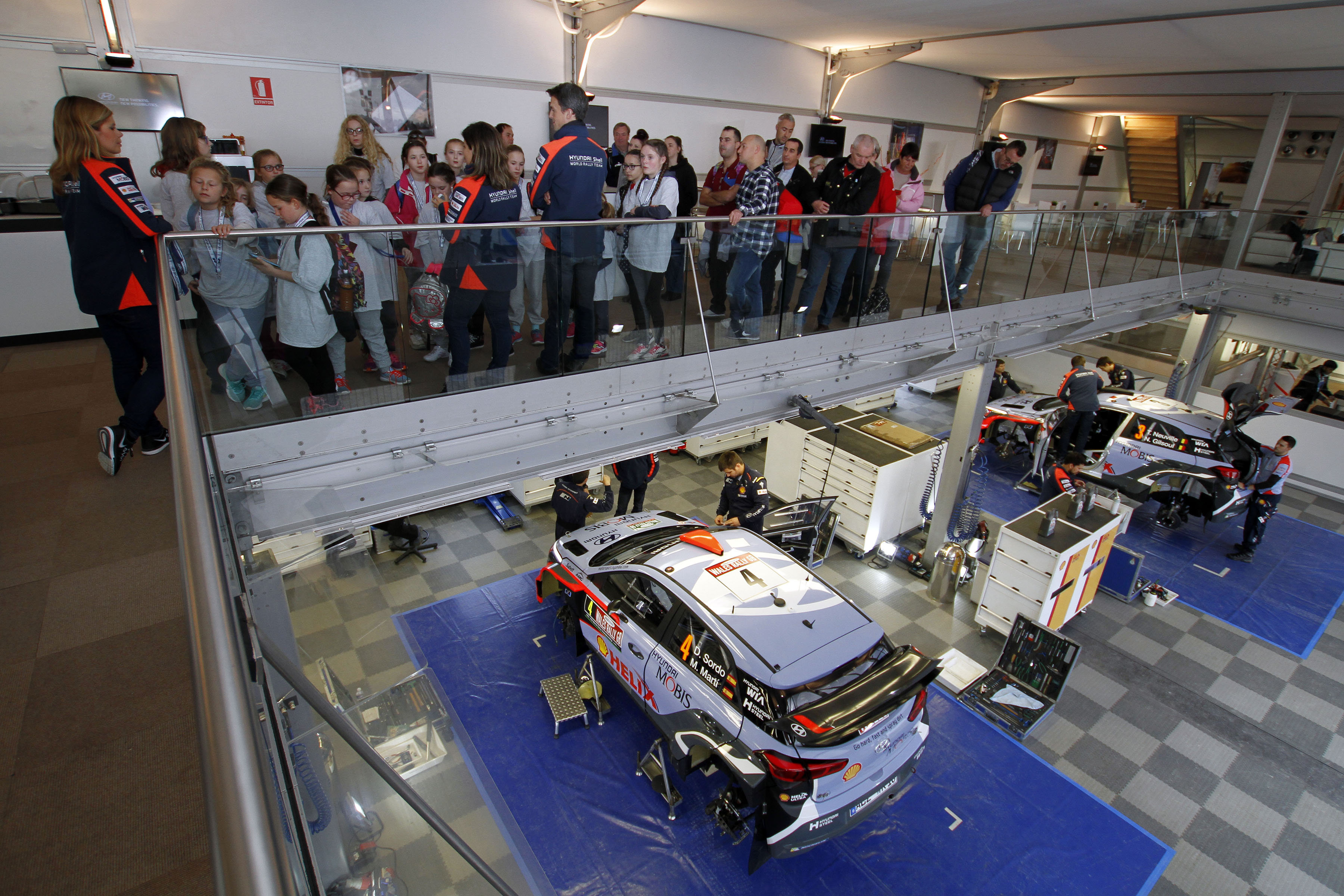 One hundred local schoolgirls enjoyed a rare insight into the world of top-flight international rallying today (26 October), as Dayinsure Wales Rally GB opened its doors to the pioneering Dare To Be Different initiative with a raft of high-octane activities.

As the conclusion to a hugely successful inaugural year for Dare To Be Different – jointly founded by former Formula 1 driver Susie Wolff and the Motor Sports Association (MSA) with the stated aim of inspiring, connecting and celebrating women in every aspect of motor sport – the programme travelled to Deeside in north Wales for a taste of the all-action FIA World Rally Championship (WRC).

Just over half of the girls were daughters of employees of the Toyota Motor Manufacturing UK Engine Plant – the base for Britain’s ever-popular round of the WRC – and all were given an in-depth tour of the Deeside Rally Village as they had their eyes opened to the wealth of opportunities available to them within the world of professional motor sport.

Amongst the highlights were visits to the Volkswagen Motorsport, Hyundai Motorsport and M-Sport World Rally Team service areas, with the delight and sheer sense of awe evident on the faces of the girls as they got chance to sit inside the cockpit of some of the most powerful and spectacular cars on the planet.

Also on the agenda were media tuition and interview skills with respected and experienced presenter Louise Goodman, a fitness and nutrition workshop, the Pirelli tyre-changing pit-stop challenge and an engineering exercise with Toyota – offering the girls a comprehensive overview of the pinnacle of international rallying.

“Today marked a fantastic opportunity to introduce our Dare To Be Different girls to the exciting and challenging discipline of rallying,” enthused Wolff. “It is the first time we have been able to incorporate rallying into our programme and it was a real privilege for the girls to get so up close and personal to rally teams operating at the very top of their game.

“I must admit I felt a tinge of jealousy that some of them had the opportunity to sit inside the world championship-winning Volkswagen Polo R WRC – having enjoyed a passenger ride in one of Citroën’s DS3 WRCs last year, I know just how incredible these cars are! A huge thank you to all the teams and everybody at Dayinsure Wales Rally GB for making this possible.”

“Unbelievably, we have already reached the end of a very successful 2016 for Dare To Be Different, having introduced hundreds of girls to motor sport for the first time,” added MSA Chief Executive Rob Jones. “Dayinsure Wales Rally GB has proved to be the perfect setting for our latest headline event, which has shown once again that ours really is a sport for all.”