GIRLS OF F1 DARE TO BE DIFFERENT AT DAYTONA MILTON KEYNES 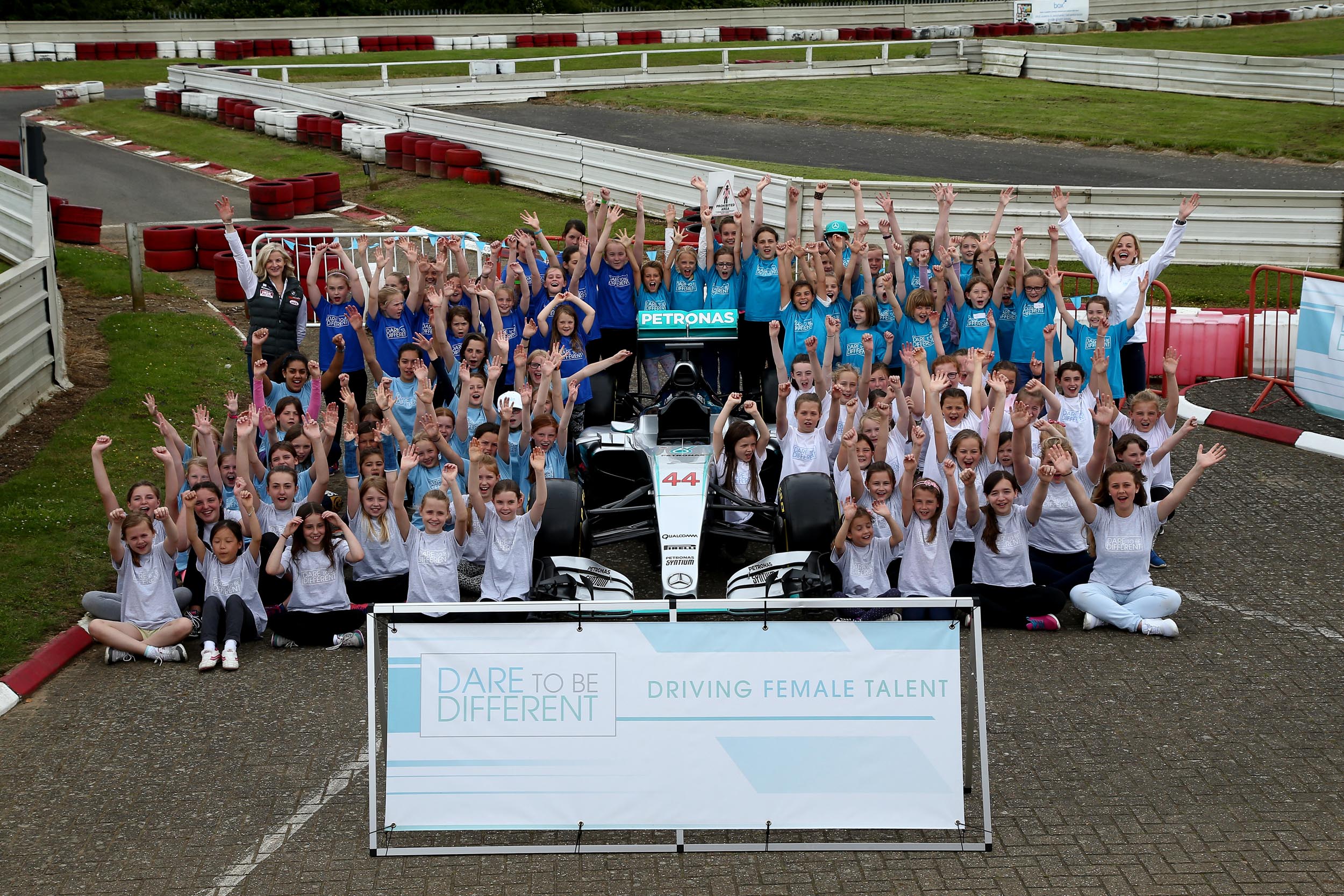 With the British Grand Prix at Silverstone just around the corner, almost 100 daughters of Formula One team personnel gathered today (7 July) at nearby Daytona Milton Keynes for an insight into the working world of motor sport via the Dare To Be Different initiative.

Founded by former F1 driver Susie Wolff and the Motor Sports Association (MSA) – Britain’s motor sport governing body – Dare To Be Different is a groundbreaking and high-profile programme designed to inspire, connect and celebrate women in every aspect of the sport.

A fortnight after visiting Daytona Milton Keynes as part of its headline events schedule, Dare To Be Different returned to the popular karting circuit for a special F1 day, with eight-to-12-year-old daughters of Force India, Haas, Manor, McLaren, Mercedes, Renault and Williams personnel all getting the chance to learn just what makes this high-octane sport tick.

On the agenda were karting in Daytona Motorsport’s fleet of Honda GX 160cc and 200cc karts, media and interviewing skills with Sky Sports F1, an informative nutrition workshop and the Willow Water Workout, offering the opportunity to test reaction skills on a BATAK board.

Engineering exercises similarly formed part of the day, through the Pirelli Pit-Stop Challenge wheel change competition and a fun and educational STEMNET (Science, Technology, Engineering and Mathematics Network) hovercraft-building activity, whilst a replica of Lewis Hamilton’s Mercedes F1 car was unsurprisingly a popular pull and source of inspiration.

Mercedes AMG Petronas Formula One Team Executive Director Toto Wolff was an interested observer, and ahead of the British Grand Prix – where almost 150 women will be engaged in key roles among the team of officials and volunteers – he was enthusiastic in his support for the pioneering project.

“Dare To Be Different is a very important initiative,” Wolff said. “With motor racing traditionally regarded as a male-dominated sport, a lot of young girls simply aren’t aware of the breadth of careers available to them within the industry – from driving to commentating and engineering and everything else in-between! Today was a great opportunity to open their eyes to the possibilities that exist and change this age-old perception.

“It was great to see so many F1 teams supporting Dare To Be Different, and fantastic for all these mums and dads working in the sport to be able to show their daughters what they do. I’m sure some of these girls will go home and say ‘this is what I want to do’. I actually had two girls come up to me today, with one of them saying ‘one day, I’d like to drive for you’ and the other saying ‘one day, I’d like to interview you’ – so I think we can say the campaign is on the right track…”

Two events remain on the 2016 Dare To Be Different calendar, as follows: