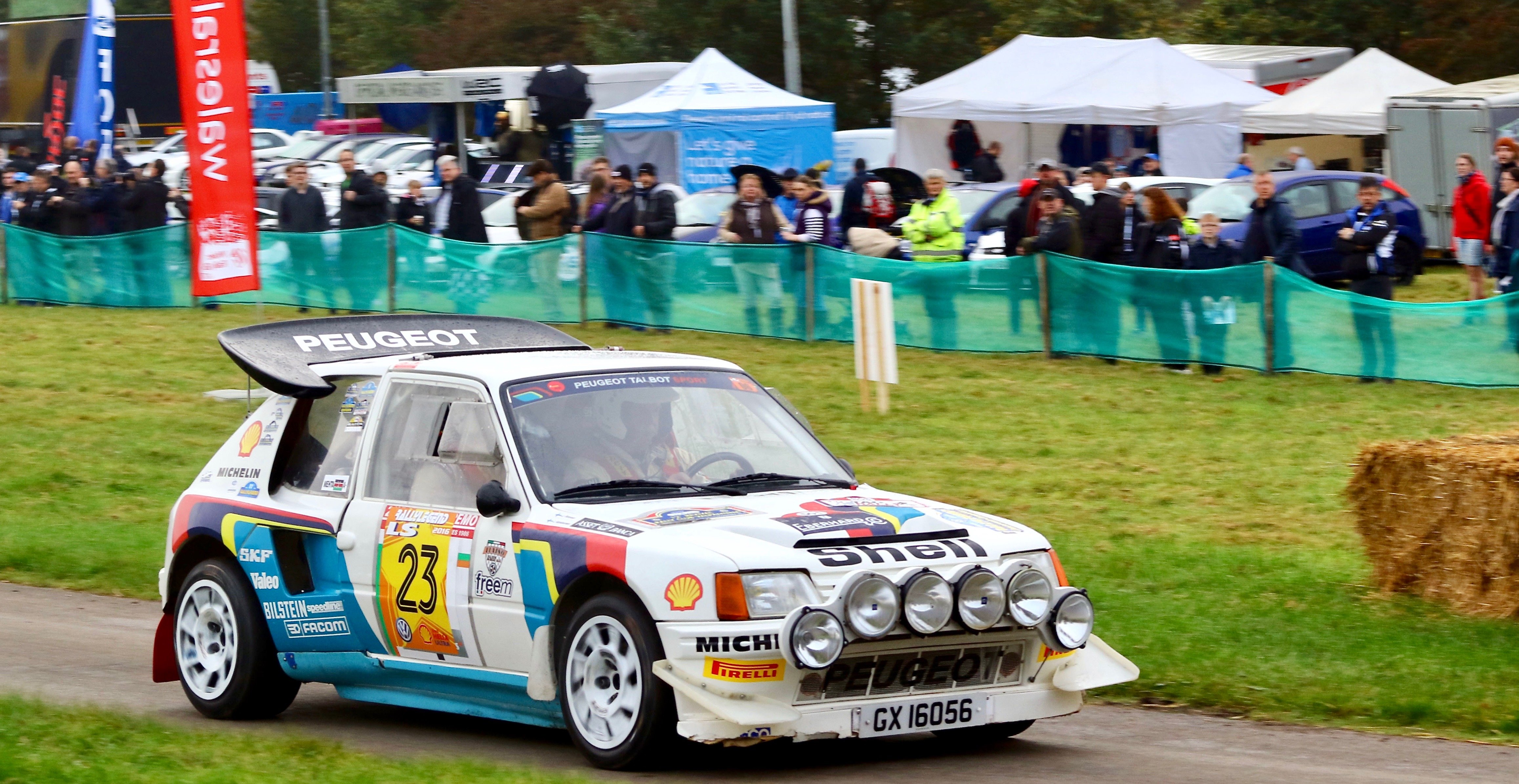 Having been given the honour of hosting the very first official World Championship Formula One race in 1950, Silverstone is rightly revered around the globe as the home of Grand Prix racing in the UK.

The hallowed Northamptonshire venue, though, has also staged World Rally Championship action in its illustrious past – a chapter in the circuit’s history that ended exactly 20 years ago in 1999 and which will be retold at this summer’s Silverstone Classic (26-28 July).

A special rallying showcase organised by Slowly Sideways UK will not only feature legendary beasts from the audacious Group B era but also Colin McRae’s iconic blue Subaru Impreza – the very car in which the swashbuckling Scot competed at Silverstone in 1997 en route to winning his third and final Network Q RAC Rally.

Back in the days of crowd-pleasing Sunday Spectator Stages set at stately homes and race tracks, the World Rally Championship roared into Silverstone on five occasions – the first visit came in 1980 then again in 1989, 1997, 1998 and finally in 1999.

Those years straddle the legendary Group B era which came between 1983 and 1986 – an omission that will be plugged at the Classic as the Slowly Sideways showcase will include a number of these fearsome Group B monsters including Ford RS200, Nissan 240RS and Peugeot 205 T16 icons.

Often termed ‘Formula 1 in the forests’, Group B regulations were introduced for the 1982 season with only a few restrictions and allowing almost unlimited power. Cars could be mid-engined two-seaters and manufacturers only had to produce 200 examples that bore no more than a passing resemblance to showroom models to meet minimal homologation requirements.

As a result, in the four years between 1983 and 1986, rallying developed further and faster than it had done in the previous four decades. Group B took the sport to the absolute edge of performance, but put it beyond common sense and reasonable safety levels. When FISA, the then world governing body, culled the category following a series of terrifying accidents, Group B was immortalised.

The presence of these daring Group B vestiges at the Classic will add yet another attraction to what’s already the biggest retro-racing festival on Earth. Even more so, as the beasts won’t just be caged in a showcase – they will be released for dramatic demonstration runs in the event’s popular live demos area (located on a stretch of ex-track between former Abbey and Bridge Corners) and now crowned the Shift & Drift Zone, where they will share the spotlight with stunt driving supremo Terry Grant and the ever-spectacular Streetcar Shootout.

The rubber-burning Streetcar Shootout is celebrating its tenth year at the Classic, giving visitors a glimpse of British streetcar drag racing at its very best with more than 70 of the UK’s ‘baddest’ street cars battling it out to take the much coveted crown.

What’s more, each show will be topped and tailed by three mind-blowing dragsters. Sam Freeman will open up with his immaculately turned out supercharged Keith Black powered Dragster producing an ear-shattering 2,000hp. Closing each show will be Thing 8 supercharged outlaw – the star of last year’s Classic – plus Lee Galimore’s Red Mist Altered dragster. The dynamic duo bringing the curtain down with an awesome display totalling close to 4,000hp!

Legendary stuntman Grant, a multiple world record holder, made his Silverstone Classic debut in 2018 and wasted no time wowing crowds with an incredible exhibition of jaw-dropping stunts. He left his stunned audience crying out for more… and that’s just what they are going to get in July.

“It’s great to be adding the aura of Group B to the power-packed Shift & Drift Zone show,” said Nick Wigley, CEO of the Silverstone Classic. “Those monsters really caught the public’s imagination back in the eighties and it’s no surprise that they continue to do so today. The heroics of Colin McRae were similarly exciting, so the presence of his RAC Rally winning Subaru is sure to be yet another must-see magnet for all Classic visitors.”

Entry to the Shift & Drift Zone is included in the ticket price. Adult general admission starts at £45 and all tickets also provide access to both Silverstone racing paddocks, all open trackside grandstands, live music concerts, Drive Live test drives, funfair rides and the vast majority of the great family entertainment on offer.

A wide range of child, young adult and family tickets are also available along with camping and hospitality options. Full details of all 2019 ticket prices are detailed on the silverstoneclassic.com website.