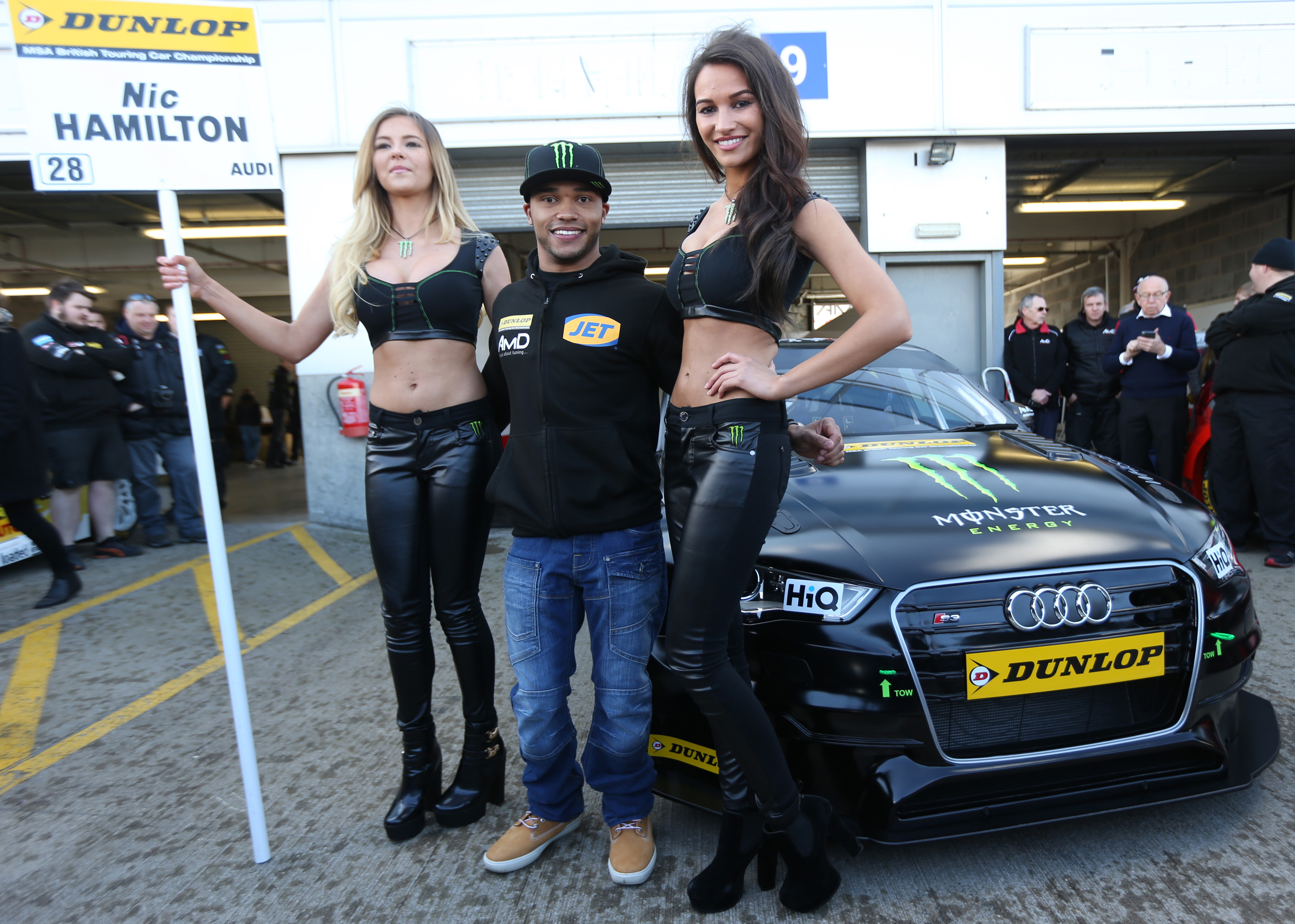 Hamilton was officially unveiled as the final addition to the 2015 BTCC grid at the championship’s annual Season Launch, and the half-brother of two-time Formula 1 World Champion Lewis Hamilton will contest the fiercely-disputed tin-top series in an Audi S3 saloon, run by AmDTuning.com.

Hamilton is no newcomer to Croft, having competed there in the BTCC-supporting Renault UK Clio Cup back in 2011, only just missing out on a top ten finish in a field that included current BTCC battlers Árón Smith and Jack Goff.

The 22-year-old – who most recently raced in the European Touring Car Cup in 2013 – is palpably delighted to be returning to the popular Yorkshire track this summer to make his eagerly-anticipated BTCC bow.

“I am excited to be starting my British Touring Car Championship journey at Croft in June,” he enthused. “The unique mix of fast, flowing corners and tight, twisty sections means close wheel-to-wheel racing, especially in the BTCC.

“The crowds are always amazing there, giving support to all the teams and drivers over the weekend. I cannot wait to get back out at Croft and go racing!”

The BTCC represents Croft’s biggest event of the year, with record crowd numbers flooding through the gates in 2014 to witness three fast and furious, thrill-a-minute tin-top encounters. Circuit manager Mike Cantelo is confident Hamilton will soon settle into the cut-and-thrust, no holds-barred nature of what is arguably the world’s toughest touring car series.

“It’s fantastic news that Nic will make his BTCC debut here at Croft,” he acknowledged. “It’s no exaggeration to say that this is probably the most ‘all-round’ track on the calendar in terms of the demands it places on drivers, with its blend of fast straights, challenging chicanes and the technical end to the lap. That means it’s the ideal place for Nic to join the grid.

“We are sure he will receive the very warmest of welcomes from the Croft crowds. As if there weren’t already enough reasons to come and watch the BTCC here in the summer, this has just made the event even more unmissable!”

Advance tickets for rounds 13, 14 and 15 of the 2015 BTCC campaign at Croft are priced at just £11 for admission on Saturday, 27 June and £24 for Sunday, 28 June. Weekend passes cost £33, with accompanied children aged 15 and under admitted free of charge. For more information or to purchase tickets, call 01325 721815 or visit: http://www.croftcircuit.co.uk/racing/btcc