HEADING TOWARDS THE SHARP END AT SILVERSTONE 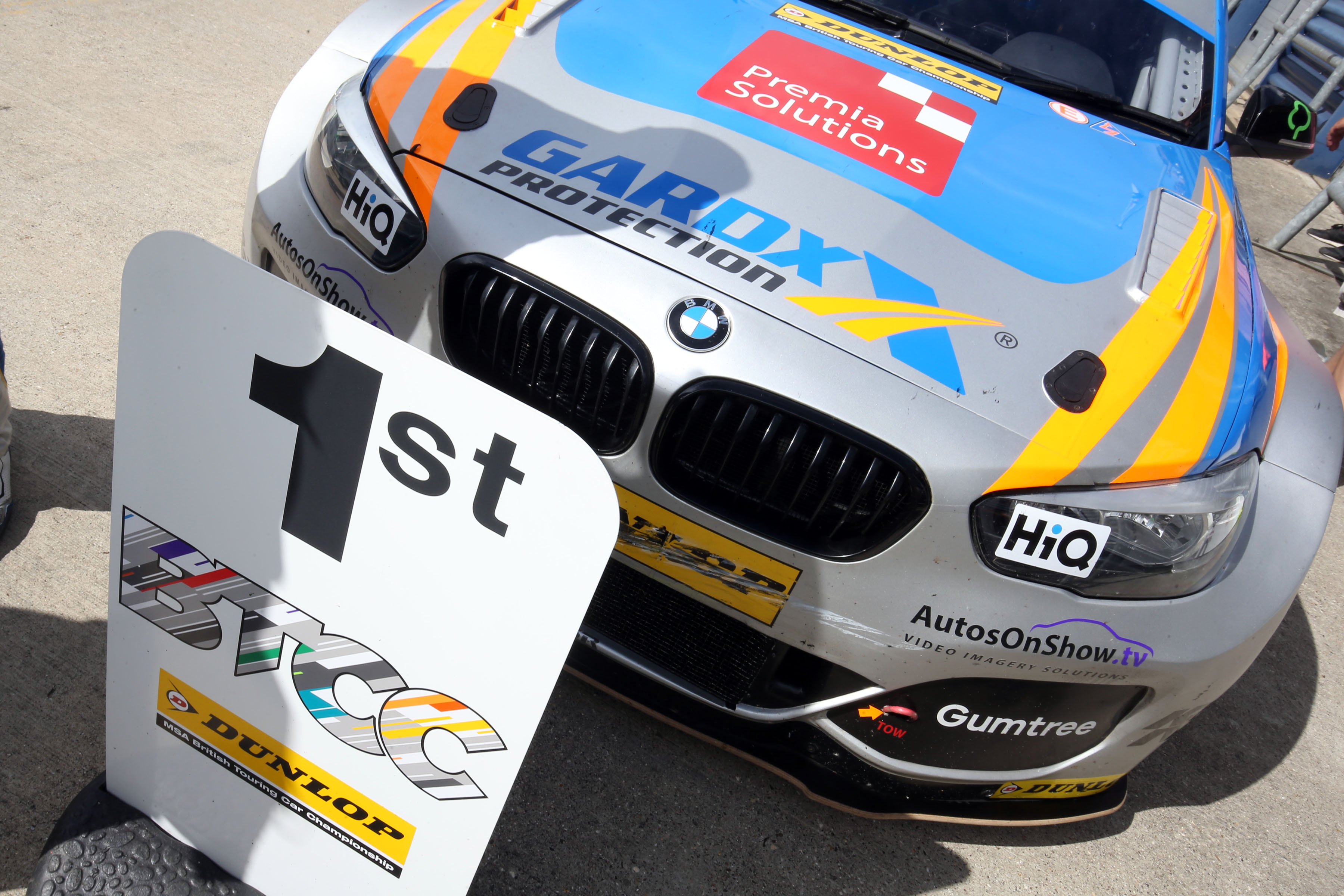 As the 2016 Dunlop MSA British Touring Car Championship speeds towards its conclusion with a crucial penultimate outing at Silverstone next weekend (17/18 September), there is still no sign of a breakaway leader in what has been a hotly-contested campaign.

The legendary Northamptonshire venue has played host to many a pivotal moment in motor sport history and it may well play a key role in deciding where the Drivers’ title will be heading at the end of this season.

In what has already been a record-breaking year in the championship, the racing has been cut-throat and ultra-competitive. Last time out at Rockingham produced an unprecedented 12th different race winner in Aron Smith, racing for all-new BTCC outfit, Team BKR. Eight different marques have been represented in the winners’ circle – again unheard of in the series’ long and illustrious history – and there are 13 drivers in with a mathematical shout of topping the table come the final chequered flag at Brands Hatch next month.

There are fewer than 60 points separating current leader Sam Tordoff and BTCC legend Jason Plato, eighth in the standings with five champions in that midst. West Surrey Racing’s Tordoff has had a storming season to date but his points margin narrowed to just five points despite a race win from tenth on the grid at Rockingham.

Of Tordoff’s closest seven competitors, the likes of Honda pair Matt Neal and Gordon Shedden, Motorbase Performance’s Andrew Jordan and Subaru duo Colin Turkington and Plato have all been there before. Mat Jackson in the sister Ford and BMW man Rob Collard have the experience but have yet to lift the most coveted prize in British motor sport. Top of the tree at this stage is the place to be but it is quite the roll call of touring car stars to have in hot pursuit with more than 130 points still for the taking.

All the runners and riders will be out in force for rounds 25, 26 and 27 of the 2016 campaign as they compete to sway the direction of the end-of-season honours their way, in front of what are sure to be packed grandstands and spectator banks skirting the famous stretch of asphalt.

Story so far: Hot on Tordoff’s heels
In his fourth full campaign in the Dunlop MSA British Touring Car Championship, West Surrey Racing man Sam Tordoff heads the way in what is his biggest shot at taking the title yet.

His 2016 challenge kicked up a gear back in early June at Oulton Park with one of the performances of the season to notch two second-placed finishes and a race two win. He’s headed the standings at the end of every weekend since, with the exception of post-Snetterton where team-mate Rob Collard usurped his lead by three points. A Knockhill race weekend later and Tordoff left Scotland back on top.

The Yorkshireman’s trip to Rockingham started in the worst possible fashion, however, beached his BMW 125i M Sport in practice and suffered trouble in qualifying, meaning he was way back on the race one grid. Despite the setback, Tordoff produced the goods, battling from 28th in the opening race to scythe through the field and win by the time the chequered flag fell on race two – signalling his intent, as if he hadn’t done so already this year.

That recovery drive was key to maintaining his slender title lead. Halfords Yuasa Racing’s triple champion Matt Neal, who will make his 600th BTCC start at Silverstone, produced a typically metronomic weekend’s points-scoring to close to within five points of the standings summit.

Gradual improvement race-by-race saw Neal finish eighth, sixth and fourth on the Sunday afternoon while Tordoff, among others in the running, failed to score points on at least one occasion, allowing the Team Dynamics mainstay to zero in at the head of the chasing pack.

“We weren’t too sure what to expect at Rockingham but we kept our heads down, plugged away and left with a solid bagful of points,” said Neal.

“To come away with both of us firmly in the thick of the title fight was a great outcome. The pressure is mounting in the championship now with just two weekends to go and Silverstone could be a tricky one for us, but believe me, we’ll be giving it everything we’ve got.

“It’s wide open. You can easily be shuffled out of the top ten, 15 or 20. You’ve really got to be on top of your game, stay sharp and make sure you’ve got the car working well underneath you and the team behind you. If we can keep the pressure on Sam (Tordoff), maybe he’ll crumble.

“Silverstone is the home of British motor sport. Whether that be Formula One, touring cars or anything in between, it’s a special place to go. We always cherish being there. It’s a great event.

“We use the National Circuit so we come around more often and we get stuck into each other more often – the fans love it, the TV loves it and the racers do too. It’s always a big grid and a big crowd with great entertainment and the atmosphere is electric. Around the complex – Luffield and Brooklands – you can hear the fans’ every reaction.”

Talking point: Constructing a winner
The battle for the Manufacturers’ crown is similarly coming to a head. Subaru/Team BMR’s post-Thruxton surge in form has been a sight to behold with four wins between Colin Turkington and Jason Plato since.

Top of the pile sits West Surrey Racing, however. WSR has led the way nearly all campaign but Matt Neal’s consistency and Gordon Shedden’s recent flurry of wins have seen Team Dynamics/Honda close to within 31 points of the BMW squad.

Honda’s strong recent run has also borne fruit in the Teams’ tally – overhauling WSR-backed Team JCT600 with GardX after Rockingham’s results had shaken out by a single point.  Meanwhile, Motorbase Performance garnered an insurmountable lead in the Independent Teams’ running, with Mat Jackson also firmly in the Drivers’ hunt – just over 30 points shy of Tordoff – and Andrew Jordan on song of late.

Timetable and Tickets
The three BTCC rounds will take place on Sunday with the whole day’s action broadcast live and in high definition on ITV4, itv.com/btcc and the ITV Hub.

Advance tickets can be booked online at www.silverstone.co.uk or via the hotline on 0844 3728 270. Tickets start at £10 with weekend passes costing £36, or Sunday race day tickets £35. Children aged 15 and under get in free.

A full timetable can be found here.