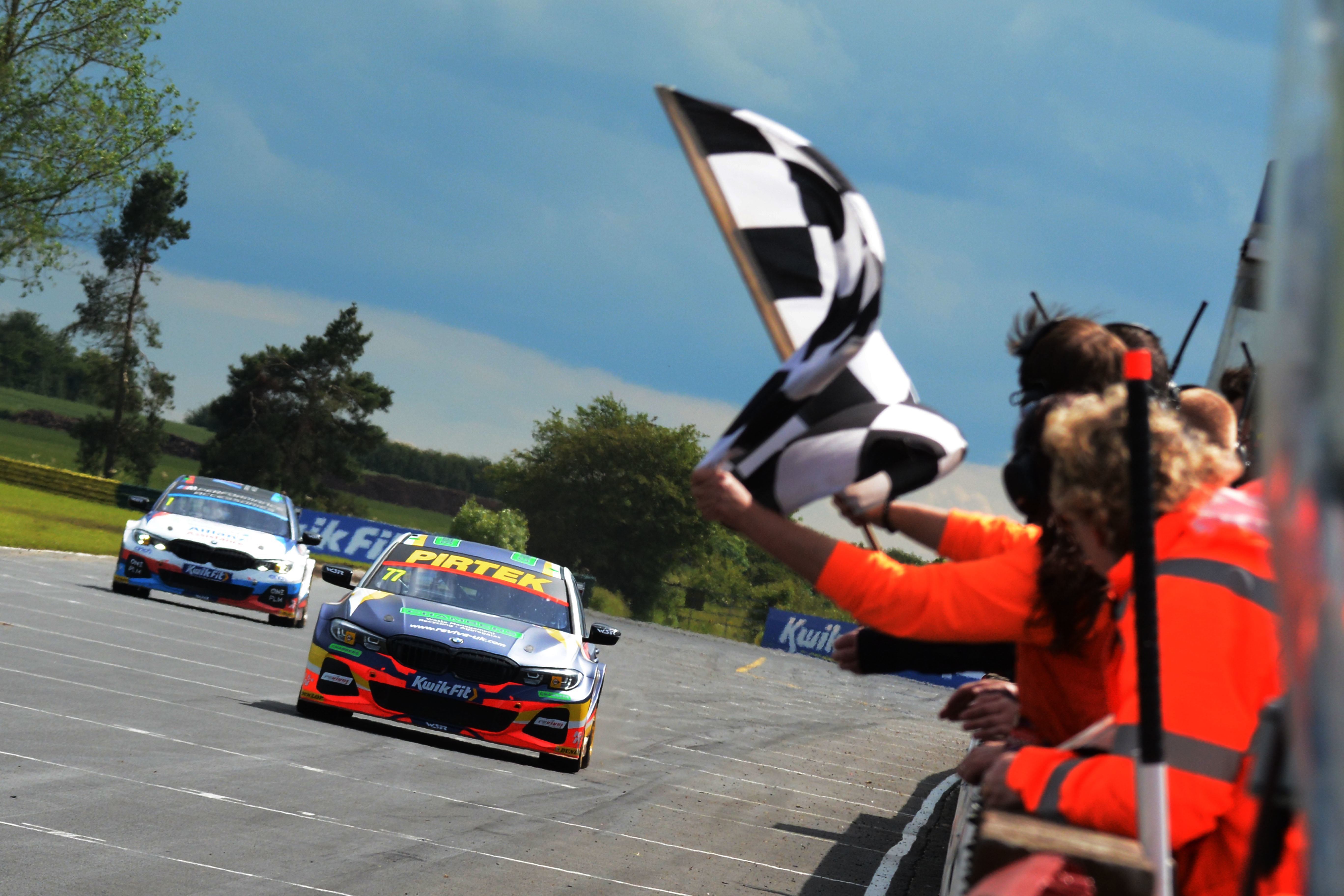 Team Shredded Wheat Racing with Gallagher’s Tom Chilton triumphed in the final race with a faultless performance in his Ford Focus.

The ultra competitive BTCC field faced mixed conditions throughout the day in North Yorkshire as Dunlop’s Sport Maxx dry and BluResponse wet tyres played their part during an exciting afternoon of action.

Jordan converted pole position into a comfortable lights-to-flag win with an assured drive in the opener.

The fight for the final place on the podium also remained unchanged but it wasn’t without incident. Chilton did brilliantly to hold on to third from the fast-starting BMWs of Colin Turkington and Tom Oliphant, and he ended the race as he started it… with both Bavarian machines on his bumper.

Race two was a similar story for Jordan as he dominated the contest from start to finish.

The BMW star made a good getaway from pole position and pulled a comfortable gap from the chasing pack, as a gaggle of cars lined up behind Smiley’s Honda in second place.

Reigning champion Turkington eventually made it by Smiley and reeled in Jordan’s sister 3 Series in the closing stages, but it wasn’t enough to prevent his stablemate from yet another standout success.

Halfords Yuasa Racing’s Dan Cammishlly claimed the final spot on the rostrum as he, and team-mate Matt Neal, relegated Smiley further down the order.

Unfortunately, worse was to come for the ballast-laden Honda of Smiley as he tried to defend from Ash Sutton’s Subaru Levorg on the final lap. The pair had already touched at the Complex on the penultimate tour and it happened again on the run to the same corner, this time leaving Smiley’s battleship grey machine tipping into the barrier just two corners from the end of the race.

Adrian Flux Subaru Racing’s Sutton took fifth from a lively Jason Plato in the Sterling Insurance with Power Maxed Racing Vauxhall, as the BTCC’s most successful driver showed his return to the podium was getting ever closer.

Chilton edged out Josh Cook in the final encounter whilst third for Plato saw him take to the rostrum for the first time since Croft last year.

Team Shredded Wheat Racing with Gallagher’s Chilton – starting from pole position in damp conditions – had to defend for almost the entire race from BTC Racing’s Cook and Plato, but the multiple race winner did so in style to take an important win that ignites his championship challenge.

A fourth, second and sixth places for Turkington sent him into the outright lead of the Drivers’ standings, as the reigning champion holds an 11 point advantage over Cook, with Sutton a further two points in arrears.

Cook and his BTC Racing squad are at the summit of both Independents’ standings, whilst Rory Butcher maintains top spot in the Jack Sears Trophy.