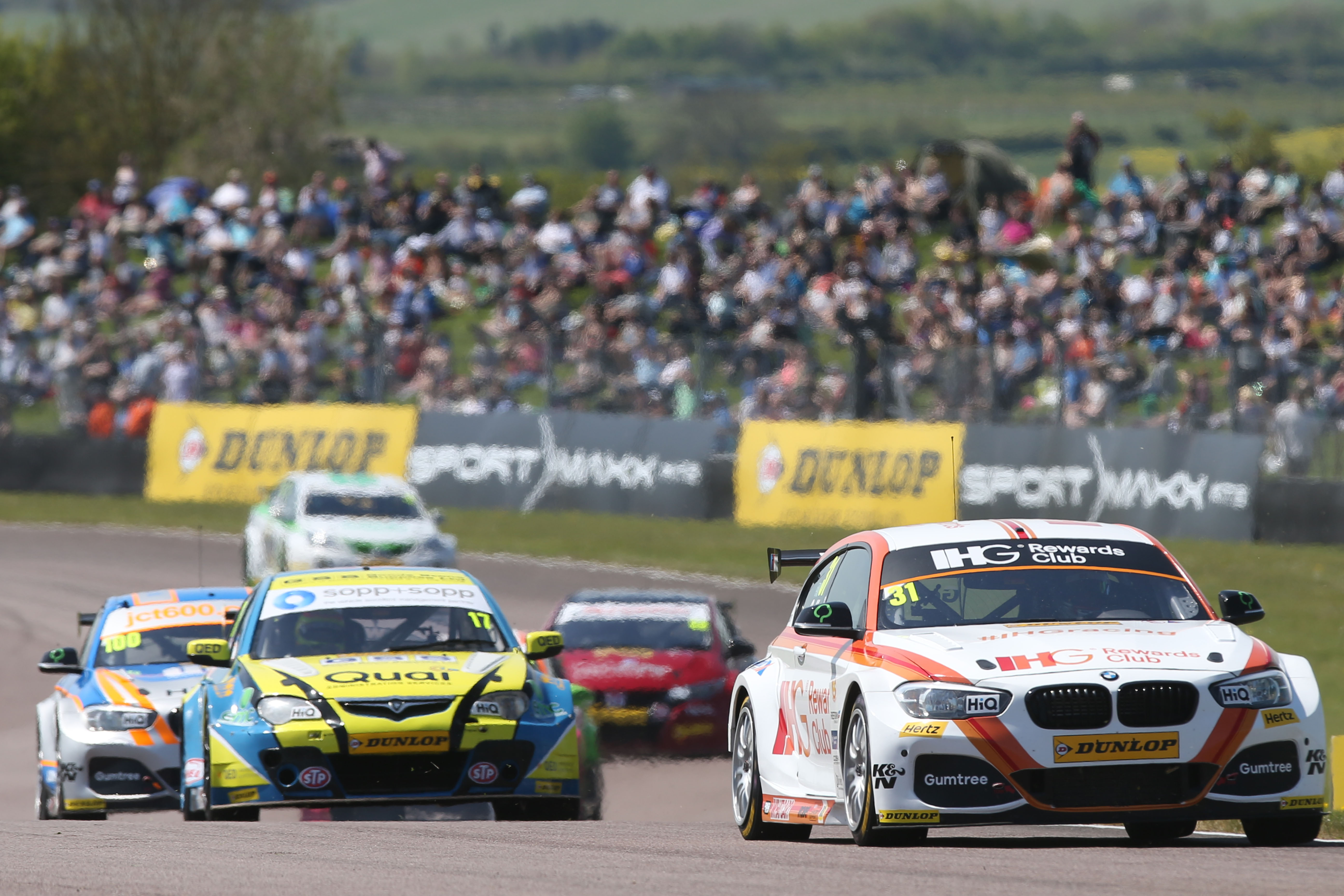 Father’s Day is fast approaching, and to make sure you’re right up-to-speed, why not buy dad the perfect petrolhead gift this year with tickets to the high-octane Dunlop MSA British Touring Car Championship (BTCC) at Croft on 18/19 June.

The BTCC is the UK’s premier motor sport series, and this month marks the only time all year that the 32 flame-spitting, crowd-pleasing touring cars will visit the north-east, stopping off for a weekend of thrills ‘n’ spills at the popular North Yorkshire circuit.

Currently enjoying a real boom period, the BTCC has made household names of its leading drivers, from Jason Plato – who counts Croft as his second home track, having grown up in nearby Newcastle – to fellow multiple champions Matt Neal, Colin Turkington and Gordon Shedden.

The doorhandle-to-doorhandle duels and paint-swapping scraps throughout the field have gone down in motor sport legend, with the BTCC never failing to entertain. What’s more, Croft’s open paddock policy and Sunday morning Pit-Lane Walkabout allow fans to get up close to the cars and grab a selfie or two with the stars – making it a weekend of flat-out family fun.

Aside from Plato, other local heroes to cheer on include Yorkshiremen Sam Tordoff and Daniel Lloyd, whilst series newcomer Kelvin Fletcher is sure to grab attention both on and off the track – he’s arguably better known as his alter ego Andy Sugden from long-running British soap opera Emmerdale, filmed just down the road in Harewood.

Not only will dads – and mums and kids, for that matter – be able to enjoy three fast and furious BTCC races, but a plethora of support series complete a bumper bill of exhilarating action.

The Porsche Carrera Cup GB is Britain’s quickest one-make series, the Renault UK Clio Cup a ‘finishing school’ for the next generation of aspiring BTCC aces and the F4 British Championship a training ground for future F1 stars. A double bill of Ginetta excitement, meanwhile, will pitch a grid of teenage racers against each other in the Ginetta Junior Championship and a field of more seasoned pros in the Ginetta GT5 Challenge.

“The BTCC is our most popular race meeting of the year, and with such a competitive and unpredictable campaign to-date in 2016, we’re fully expecting it to be the biggest and best event yet,” enthused Croft Circuit Managing Director Mike Cantelo.

“Falling on Father’s Day is perfect timing, too, because the BTCC is very much a family affair, with plenty going on both on and off the track to keep everybody entertained. It’s your only chance to see the BTCC boys going wheel-to-wheel in this neck of the woods all year – so don’t miss it!”

Advance race day tickets are available until 10 June at just £11 for Saturday, 18 June and £24 for Sunday, 19 June, with weekend passes a steal at only £33. Accompanied children aged 15 and under are admitted free of charge – even more reason to make it a family date. Grandstand seats are an additional £8 and selling fast.

For further information or to purchase tickets, visit http://www.croftcircuit.co.uk/racing/btcc or call 01325 721815.