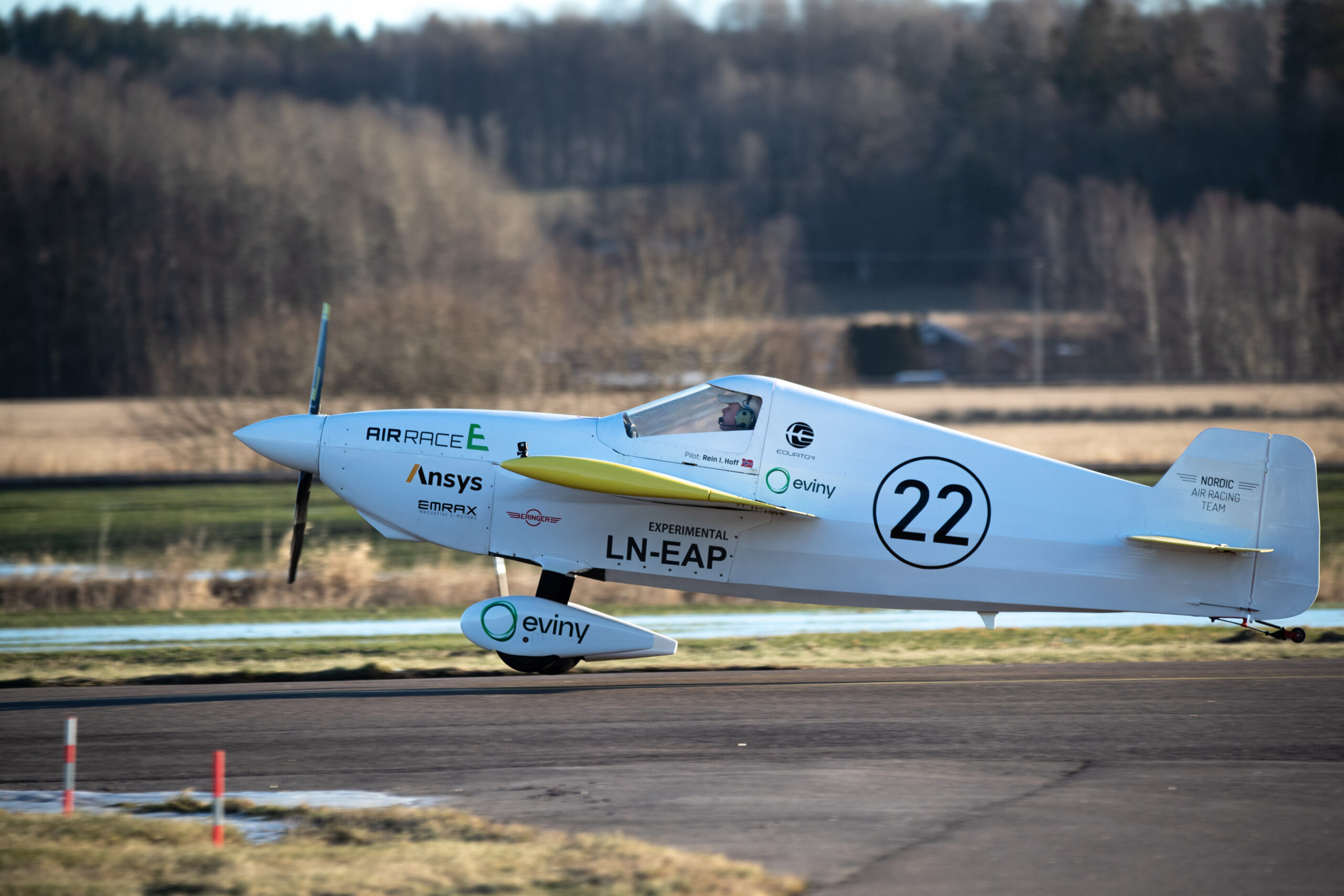 Air Race E has made history with the completion of the first-ever flight of a piloted all-electric racing airplane, representing a significant breakthrough in air racing and the wider aviation industry.

The Nordic Air Racing team achieved the honor of carrying out the inaugural test flight in Norway, having emerged out front in a production race between competing squads to perfect the cutting-edge technology.

The first flight of the race plane was the result of months of intensive development and will act as a platform for the launch of the world’s first electric air race series, Air Race E, which is scheduled to get underway in 2023.

The ten-minute test flight took place at Tønsberg Airport and was operated under the supervision of the Civil Aviation Authority of Norway. Air Race E stands out from other air competitions with its commitment to piloted electric flight, and Nordic Air Racing Team pilot Rein Inge Hoff became the first aviator to get behind the controls of an Air Race E-specification aircraft when he completed four circuits of the airfield at 2000ft during the historic run.

Hoff carried out some slow flight and control tests to ensure the aircraft behaved as predicted, testing with 90kW of power and working up to 140kts as planned, around 50-60% of the plane’s eventual potential in full race trim.

Air Race E will see the world’s top pilots go head-to-head at a number of high-profile events around the world, with aircraft racing just metres above the ground at speeds of over 400km/h (250mph).

The Nordic Air Racing Team is one of 17 teams that took up the challenge to join the series. As well as the Open class, Air Race E is also set to run two other categories – a partly-standardised Performance class and an eVTOL class.

The maiden test put the Norwegian team’s electric aircraft – a specifically converted Cassutt IIIM formula race plan – through its paces with a focus on procedural operations and safety while further trials over subsequent weeks will fine-tune the high-performance aspects of the aircraft.

Air Race E has already established itself as a platform where innovation in electric propulsion can be fostered, developed and accelerated, and the historic piloted test flight is a significant step in making the sustainable series a reality.

Ansys’ comprehensive suite of multiphysics simulation tools have been used to address some of the toughest engineering challenges the Air Race E teams face, concurrently accelerating the aviation industry’s push to become even more sustainable – a key pillar of Air Race E’s strategy.

Jeff Zaltman, CEO of Air Race E, said: “The first-ever flight of our all-electric racing plane is a milestone achievement, both in the development of Air Race E as an international championship and in the progression of wider aviation technology.

“We are extremely proud of how the Nordic Air Racing Team, with the collaboration of our stakeholders, has accomplished this amazing feat of engineering, even despite the challenges faced over the past year.

“We have assembled a supremely talented and experienced group of experts and pioneers across all areas of the championship to drive this project forward, and I am confident in saying we are the leading player in the electrification of aviation motorsport.”