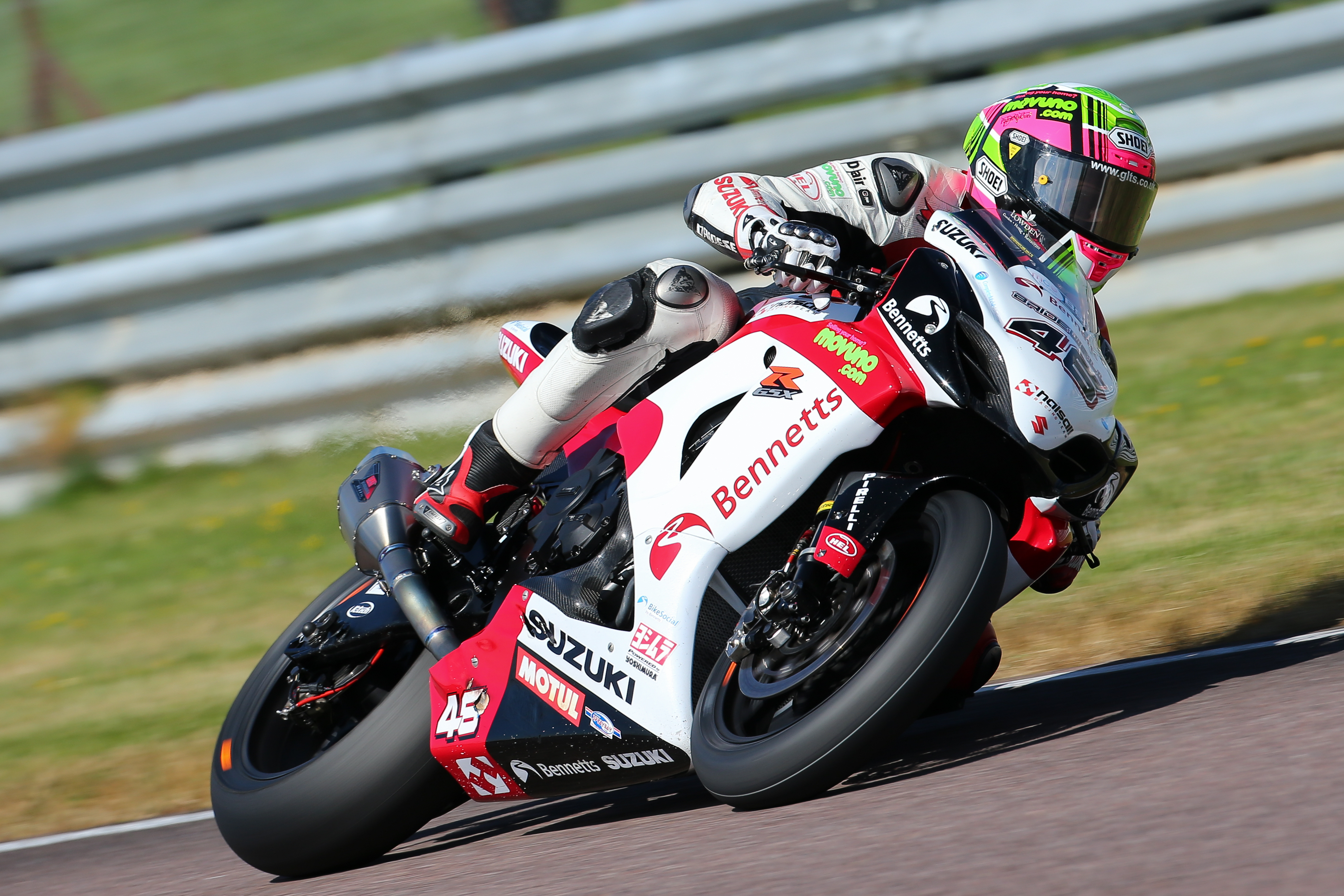 On a hot summer’s day at the high-speed Hampshire circuit, the grandstands and spectator banks soon filled up – and everybody who attended was treated to a superb spectacle of flat-out precision from the BSB heroes and no-holds-barred racing from a wide variety of support series.

Having paced the field in every practice session and posted the fastest-ever two-wheeled lap around Thruxton in FP3, Be Wiser Ducati’s Byrne was the hot tip heading into qualifying – and the four-time champion did not disappoint. Quickest throughout the opening two phases, he was the last to take to the track in the all-important Superpole shoot-out and duly annexed his 46th career pole position – despite admitting to a somewhat scrappy effort.

“I actually made a few mistakes on my Superpole lap, and after getting myself back together, I then went and out-braked myself into the final chicane!” he reflected. “It wasn’t the best lap I’ve ever produced by a long stretch, but it was good enough. I really like this place – the track just unwinds in front of you – and the Ducati seems to be phenomenal around here.”

Behind ‘Shakey’, there was an enthralling scrap for best-of-the-rest, in which Wiltshire-born Bridewell narrowly prevailed to secure a hugely popular second spot on the grid – comfortably his best start of the 2016 campaign, and a timely boost to the Bennetts Suzuki rider’s hopes of making the end-of-season Showdown.

“I love coming to Thruxton – it takes me just 28 minutes flat!” he joked. “Seriously, though, it’s a mega place. It’s the fastest circuit in the country and a lot of fun to ride, the sun’s out and I’ve got all the local fans here supporting me – what could be better?!”

“I’ve never really been a great qualifier,” confessed Linfoot, “so I’ll definitely take a front row start! It leaves us in with a shout of going with the boys at the front in the race tomorrow.”

Beyond the headlining BSB thrills, there was no shortage of lights-to-flag entertainment from the plethora of support series, with frenetic racing in the Dickies British Supersport Championship, Ducati TriOptions Cup, HEL Performance British Motostar Championship and Hyundai Heavy Industries British Sidecars in association with Molson.

There is another jam-packed bill of high-octane action to look forward to tomorrow (Sunday), with tickets still available on the gate priced at £32 (£42 with paddock pass) and accompanied children aged 15 and under admitted free of charge.