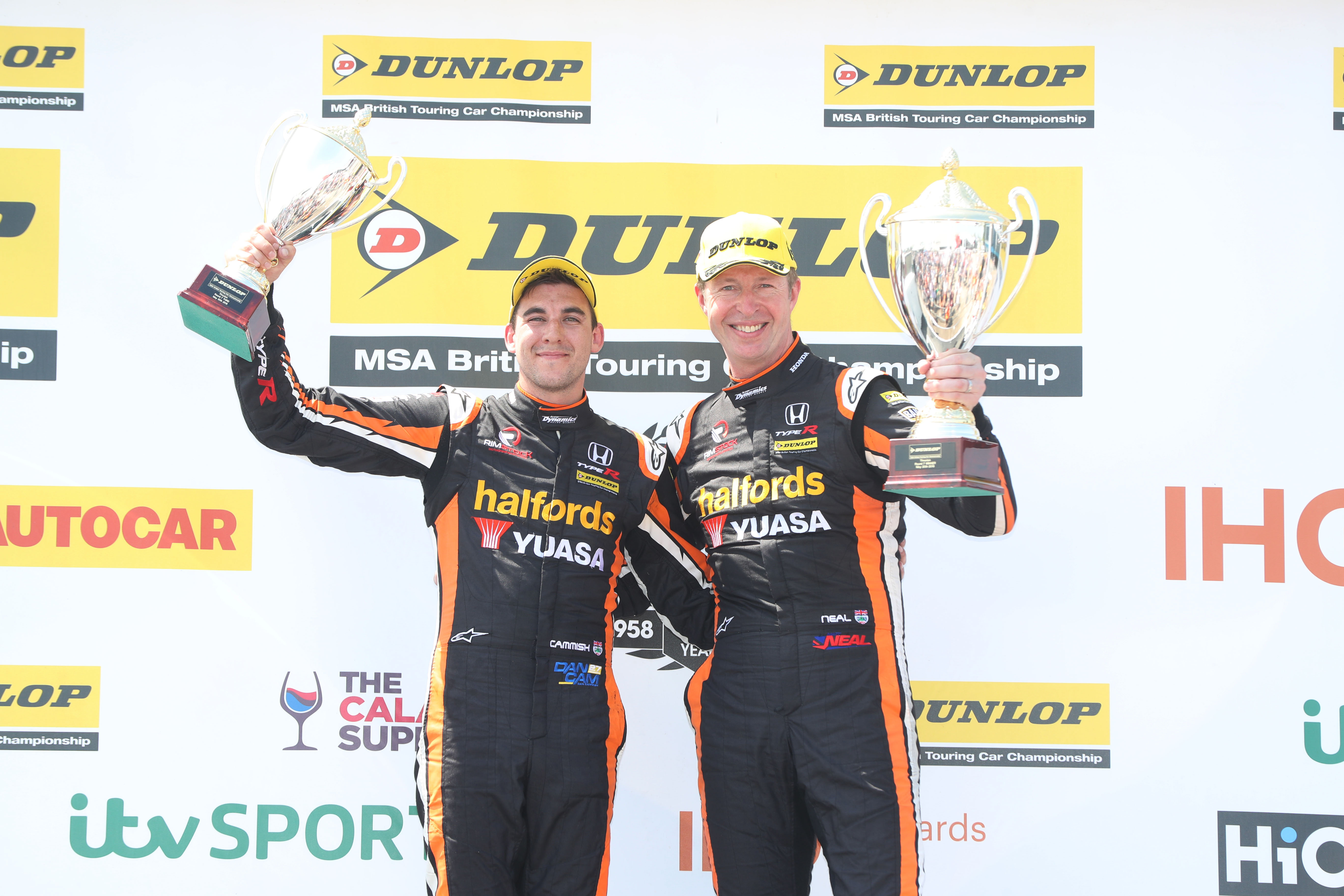 On a breakthrough weekend that successfully demonstrated the full potential of the ever-improving Civic Type R, Neal was in impeccable form in qualifying to smash his own lap record around the UK’s fastest circuit and pick up the team’s first BTCC pole position of 2018 before translating it into a dominant lights-to-flag win.

Taking full advantage of his opportunity in race one, Neal determinedly held his ground off the line and through the opening turns to get out in front and lead the pack. From there he wouldn’t be challenged again, the three-time champion pulling out a comfortable margin and controlling the pace to the chequered flag to score a hugely popular win at Honda’s home event and give title sponsor Yuasa the perfect result on a weekend of 100th anniversary celebrations.

Starting from pole again for race two but hauling a full complement of 75kg success ballast around Thruxton’s high-speed turns, Neal produced a mighty effort to keep many of his substantially lighter rivals at bay, ceding only two positions to finish third and pick up another podium. In a hard-fought finale, Neal brought the car home eighth, in so doing accumulating more points than any other driver over the course of a scorching day at Thruxton.

Team-mate Dan Cammish complemented Honda’s joy in race one with a superb run to third position from fourth on the grid, his second podium result in what is already proving to be a mightily impressive rookie campaign. When an early off amidst the thick of the action in race two left him consigned to a finish down the order, the Yorkshireman responded in race three with a marvellous fightback into the points in 13th from a lowly 25th.

In the overall standings, Neal’s return to the winners’ circle has catapulted him to sixth, which together with Cammish in eighth puts the Honda pair firmly in the title hunt.

Matt Neal:
“It has been an incredibly special weekend and I am delighted to have given the Civic Type R (FK8) its first BTCC victory on ‘home soil’ at Thruxton. That pole lap is one I am especially proud of – I was hanging everything out there – so I am really chuffed to turn it into a win. I had a fantastic start to grab the lead through the opening bends and from there the Civic Type R’s strengths through the quick corners meant no-one could get close to me. To get another podium in race two with that much ballast demonstrates just how good the package is and shows we are very much in the title battle this year. I really think the tide is changing for us and this is the start of good things to come.”

Dan Cammish:
“Race one was a brilliant result for the entire team. To get a double podium is a huge reward for everybody’s efforts in making the Honda Civic Type R such a competitive machine. It was a great qualifying for me and to turn that into my second podium finish of the season is very satisfying. Race two didn’t go entirely to plan for me. I had a bad start and ran off-track which put me down the order. I did the best in race three and I’m happy to have scored points. All in all, it’s been a good weekend and our pace at various points proves how much potential there is from both myself and the Civic Type R. Well done to Matt for his brilliant pole position and victory in race one – he has had an absolutely mega weekend.”